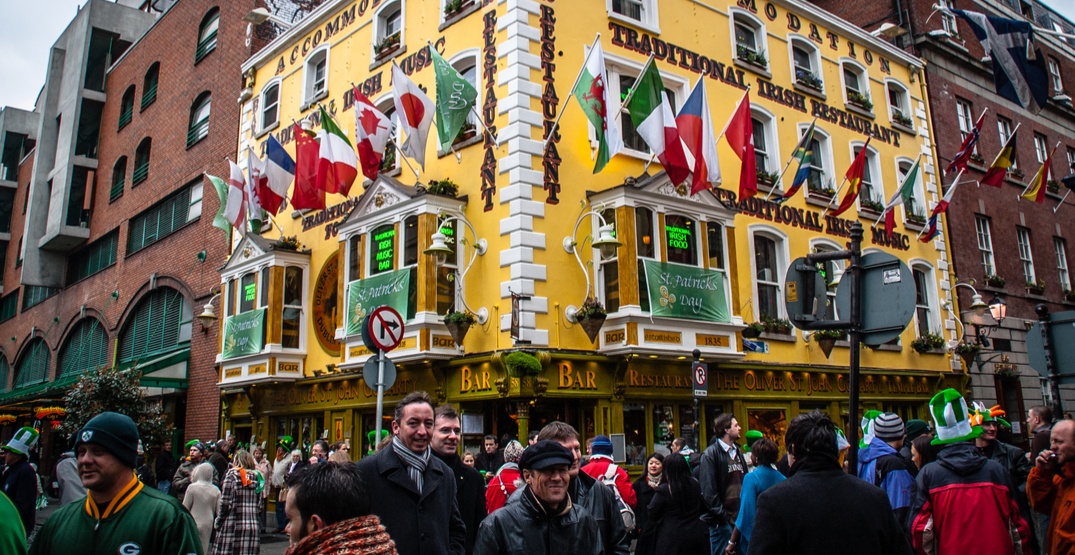 Disclaimer: We’re sorry to disappoint, but leprechauns do not actually exist in Ireland. There is, however, a National Leprechaun Museum in Dublin that you can visit!

If you were smart enough to plan the Irish stop of your Euro-trip around March 17, congratulations because you are in for the best festival of your life.

St. Patrick’s Day has been celebrated in Ireland for more than 1,000 years, and in the olden days, folks would start the morning with a mass session (church service). As a religious feast day for the patron saint of Ireland, St. Paddy’s Day wasn’t always a big celebration where people rose a glass while head-to-toe in green clothing. In fact, pubs in Ireland were closed on March 17 up until the 70s, as a mark of respect for this religious day.

Fast-forward to today and St. Patrick’s Day is the biggest cultural celebration of Ireland in the world.

Today, raising a glass to good health by saying “sláinte” is all part of the tradition. And if you’re going to make the most of this shamrock-filled day, you might as well get the most authentic experience during a trip to Ireland.

Check out the festival parade in Dublin 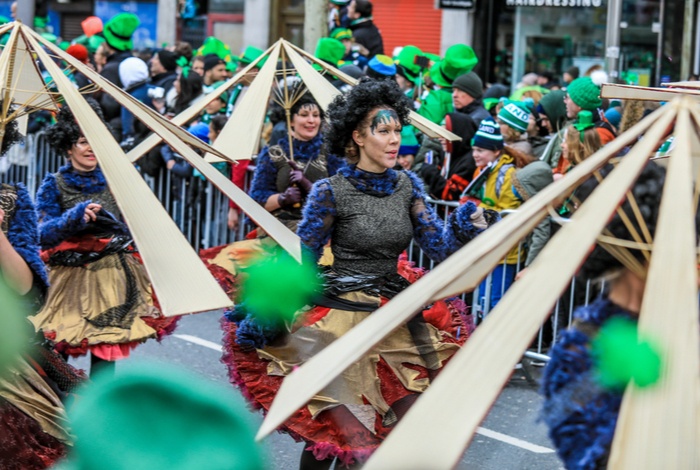 If you’re spending St. Patrick’s Day in Dublin, you’ve got to experience the monumental parade which starts out at Parnell Square and travels around the city and along the historic O’Connell Street. Marvel at spectacular performances, incredible floats, and dazzling mythical displays as the parade passes through this ancient city.

If you’re planning to watch the parade from the sidelines, make sure to get there early to beat the crowds, or be a little extra and reserve a spot to watch from one of the grandstand areas. Because, why on earth not?

Spend the day in the heart of Cork City 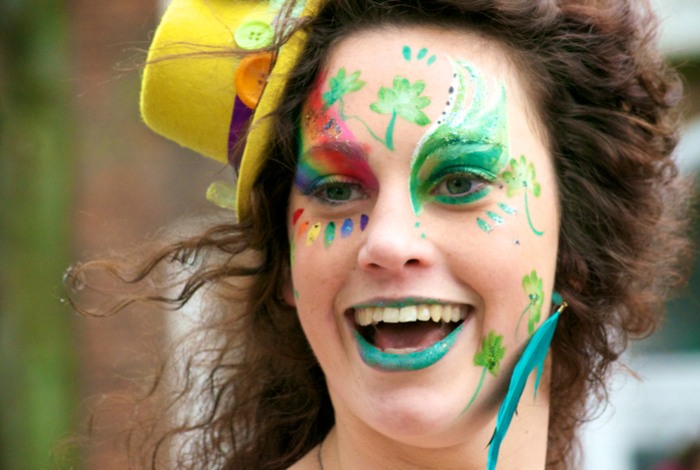 Situated in south-west Ireland, Cork is Ireland’s second largest city, and it hosts a massive festival to celebrate Lá fhéile Pádraig (St. Patrick’s Day in the Irish native language). This includes a parade featuring elaborate floats, dancers, and theatre performers, which starts at the South Mall and runs to the Grand Parade, along St. Patrick’s Street. You’ll want to sample the fine cuisine and delicacies on offer in Cork while you’re there at the Mahon Point Farmers Market.

Do a pub crawl in Dublin’s Temple Bar 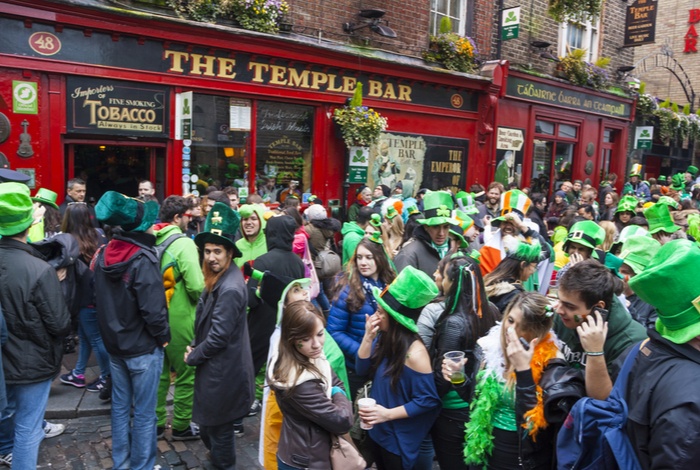 The cobblestone streets of Temple Bar are buzzing year-round, but St. Patrick’s Day is on another level. Immerse yourself in the crowds and have the banter with locals as you do your own pub crawl around the city’s most iconic bar hub.

Make sure to check out the more traditional spots like The Oliver St. John Gogarty, The Temple Bar, and The Auld Dubliner, where you’ll most likely be drinking a Guinness and dancing as live bands play lively Irish music (yes, it’s a thing). And to get the full experience, stop by the Leo Burdock chipper to taste seriously standout chips. 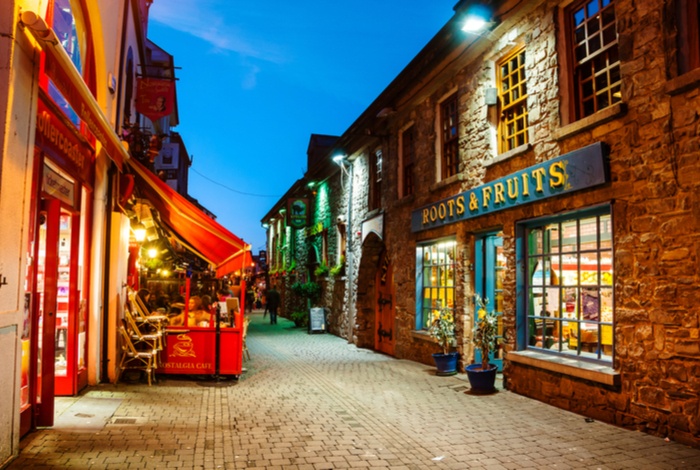 Less than two hours away from Dublin lies the medieval city of Kilkenny. History runs deep in the city which was built around the ancient (and still-standing), Kilkenny Castle (join a tour of this phenomenal landmark the day after your partying). Like many cities in Ireland, the atmosphere in Kilkenny is electric on St. Patrick’s Day with a bustling parade that takes over John Street and Rose Inn Street, among many others.

Kilkenny’s Tradfest takes place around the same time so you’ll get to experience lots of traditional Irish music and dancing while you’re there. The Marble City Bar is the perfect place to grab your first drink of St. Patrick’s Day!

Experience the glory of Galway 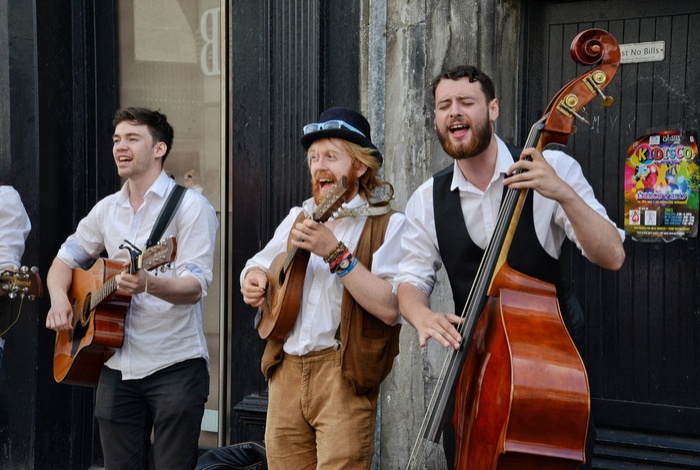 Harbour city Galway has long been renowned as a place to have the “craic” (a great time), and the city’s Paddy’s Day celebrations are no exception. Experience the buzz of the parade which passes University Road, over Salmon Weir Bridge, and beyond. After this, you can be sure to find a good session or three and a carnival atmosphere with live music in Eyre Square.

Stops like O’Connell’s Bar, The Skeff Bar, and Fibber Magee’s, should be your starting points for one heck of a St.Patrick’s Day pub crawl in Galway City. Of course, remember to drink responsibly!