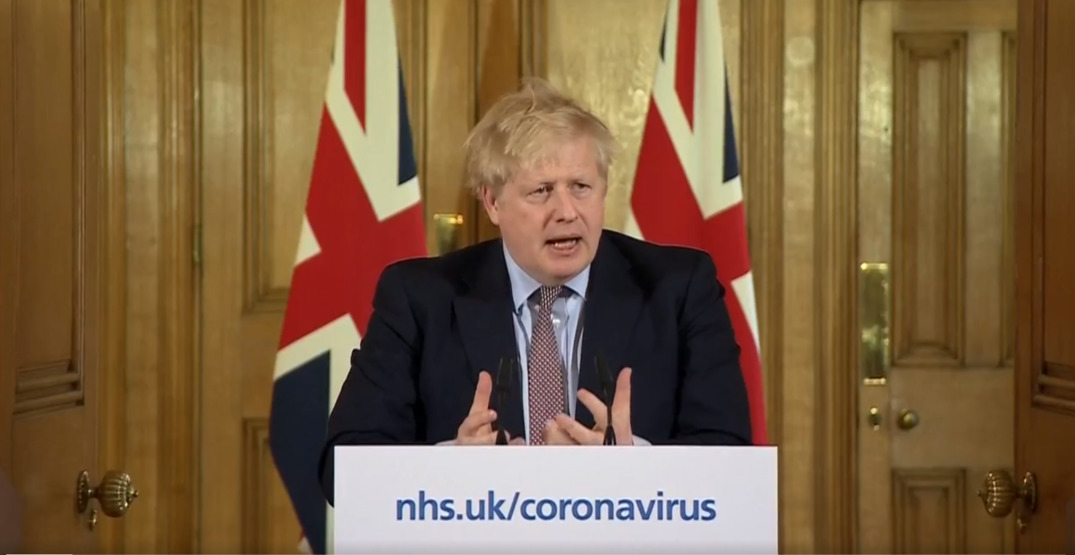 In the wake of a substantial amount of criticism for not taking the matter seriously enough, UK Prime Minister Boris Johnson has significantly intensified the country’s policies regarding the COVID-19 pandemic.

The prime minister issued several statements in recent weeks, where he has made confusing and questionable declarations regarding the coronavirus pandemic.

One such announcement explained that the British government did not believe that the closures of schools and preventing large-scale social gatherings — which France, Germany, and Italy have done — would be effective in further halting the spread of the virus.

Additionally, just last week, Johnson requested that those with coronavirus symptoms — the two most important being high fever and continuous cough — isolate themselves for only seven days.

If you have: a new continuous cough OR a high temperature (37.8 degrees or higher), you should stay at home for 7 days.

Read more here on how best to protect yourself and others whilst staying at home: https://t.co/P5Ch222CYT pic.twitter.com/LsLU9wWqBL

In a press conference on Monday, the prime minister explained that the peak of the pandemic is hitting portions of the country at an alarming rate.

“Our objective is to delay and flatten the peak of the epidemic by bringing forward the right measures at the right time so that we minimize suffering and save [lives],” the Prime Minister explained.

“According to SAGE [the Strategic Advisory Group of Experts], it looks as if we are now approaching the fast growth part of the upward curve and without drastic action, cases could double every five or six days.”

Now, entire households in the UK where any individual displays coronavirus symptoms are required to self-quarantine for 14 days. This quarantine includes venturing out to buy food or essentials. They are encouraged to seek help to perform such tasks.

Even for those not displaying symptoms, Prime Minister Johnston explained that “now is the time for everyone to stop non-essential contact with others and to stop all unnecessary travel.”

The public is encouraged to work from home whenever possible and avoid “pubs, clubs, theatres, and other such social venues.”

Additionally, the utilization of National Health Service (NHS) services should only be used when it is genuinely needed, and people are encouraged to go online rather than calling the NHS phone line.

The rules surrounding social contact are particularly pertinent for individuals over the age of 70, pregnant women, and those with pre-existing health conditions.

When addressing why he did not implement such drastic sanctions sooner, the prime minister explained that what he was asking of the public is difficult and disruptive to their lives.

Johnson encouraged everyone to think of the most vulnerable populations during times like these.

“By this coming weekend, it will be necessary to go further to ensure that those with the most serious health conditions are largely shielded from social contact for around 12 weeks.”

When asked why he didn’t implement such a ruling sooner, the prime minister reiterated that this decision would be very disruptive for people with such conditions, but that he now believes it to be necessary.

He explained that this “period of shielding” would be most effective if it coincides with the peak of the disease and that is now clear that the peak is hitting some parts of the countries faster than others with London being “a few weeks ahead.”

Johnson also announced that emergency services would no longer be present at large social gatherings, including sporting events and concerts.

The UK’s delayed precautionary measures have made it somewhat of an outlier on the European, and overall global, stage, and it didn’t take long for critics of Johnson to come after him for his decisions that could very well compromise the health of the entire country.

As well, public scrutiny regarding the lax response to the severity of this global pandemic, as well as the blatant risk of citizens’ health, sent a shockwave through government and prompted them to increase their preventative measures.

For the full press conference, see below.