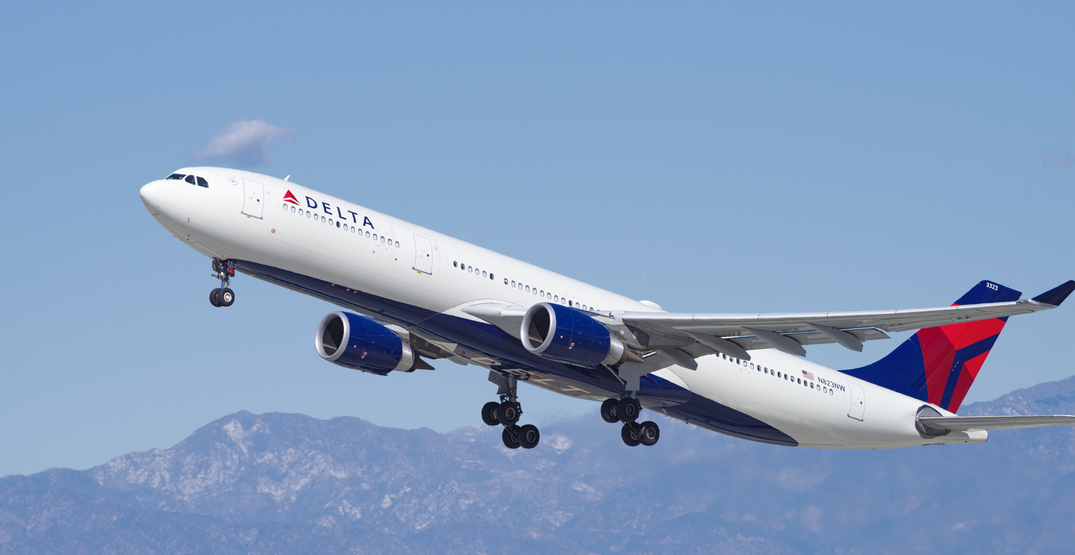 As travel advisories and border closures continue to increase and become more strict amid ongoing concerns surrounding COVID-19, many travellers currently abroad are panicking about how they are going to get home.

Mike McIntire, an investigative reporter for The New York Times, published a series of tweets from Paris’ Charles de Gaulle Airport on Thursday discussing the desperate measures that travellers are taking to make it home.

One tweet, in particular, mentions how American travellers were paying upwards of $20,000 US ($27,640 CAD) for last-minute flights.

Bedlam at U.S.-bound airlines at CDG in Paris early this a.m., as Americans pay as much as $20,000 for last-minute flights. pic.twitter.com/kkbOAEFn4Y

McIntire explains how he was aware of the anxieties surrounding travel back to the US because he felt it too.

He explained in one tweet, how he “was awakened at 2:15 am Paris time by a concerned relative in America saying ‘Trump just banned all travel from Europe!’ Turning on TV, I saw that indeed appeared to be so.”

Trump announced during a press conference on Wednesday, that travel between the US and Europe would be suspended for 30 days, beginning on March 13.

McIntire had anticipated returning to New York on Saturday. However, after hearing this ruling, he feared that “what now appeared to be a deadline of midnight Friday to get out,” gave reason to book an earlier departure and attempted to change flights.

4/ Looked at buying completely new tickets for today or Friday and saw prices rising and tickets disappearing before my eyes. Fearing the worst if we did nothing, I pulled the trigger on new tickets that cost more than my monthly mortgage payment.

When he tried to contact Delta Airlines, he found that there was a four-hour wait time to talk to a representative.

It turns out that McIntire was not alone in his concern.

“Looked at buying completely new tickets for today or Friday and saw prices rising and tickets disappearing before my eyes,” McIntire tweeted.

“Fearing the worst if we did nothing, I pulled the trigger on new tickets that cost more than my monthly mortgage payment.”

You’d think, at this point, that all would be good, right? Wrong.

It turns out that Trump made an error and that American travellers were not part of the ban.

Thus, McIntire attempted to cancel the two tickets he had booked to the Big Apple.

Because the Delta phone service line was so backed up, he decided to venture to CDG Airport to try and get a refund from the Delta counter directly.

5/ But wait! The TV says Trump erred and Americans are actually NOT covered by the ban. I scramble to cancel the tickets I just bought and cannot. Delta and Amex Travel web sites won’t let me. Calls are made. Delta now has 6-hr wait, Amex plays music for two hours and disconnects

However, he was confronted with the sight of dozens of people in line, also wishing to speak with a representative.

At that, he said, “screw it and just got on the plane,” which is where he had been writing these tweets.

McIntire also clarified that he had not purchased the $20,000 ticket — though he does state that “what (he) DID spend was bad enough.”

7/ Went to CDG airport and tried to get refund at the Delta counter, but 100 people are in line. Said screw it and just got on the plane, which is where I am right now with a bunch of other exhausted Americans being served complimentary Peach Bellinis.

That $20,000 figure was quoted to him by a Delta ticket agent, who told him that one American passenger had spent that amount online in the hours following President Trump’s announcement.

In the article that he inevitably wrote detailing his harrowing experience, McIntire did disclose that the two basic one-way tickets he purchased cost more than USD $5,000 (CAD $6,919) combined.