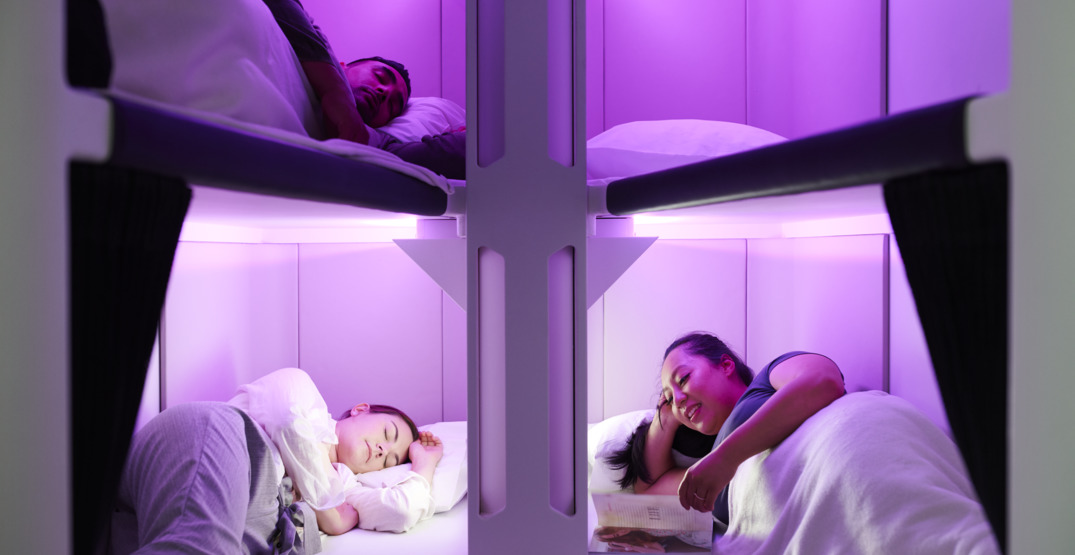 Budget-friendly and comfort don’t always mix, and attempting to sleep in an economy class seat on an airplane can sometimes feel like an Olympic feat.

Luckily, there may soon be changes to rectify that.

The Economy Skynest is the outcome of three years of research conducted by the airline as well as the contributions of over 200 customers at the Air New Zealand Hangar 22 centre in Auckland. 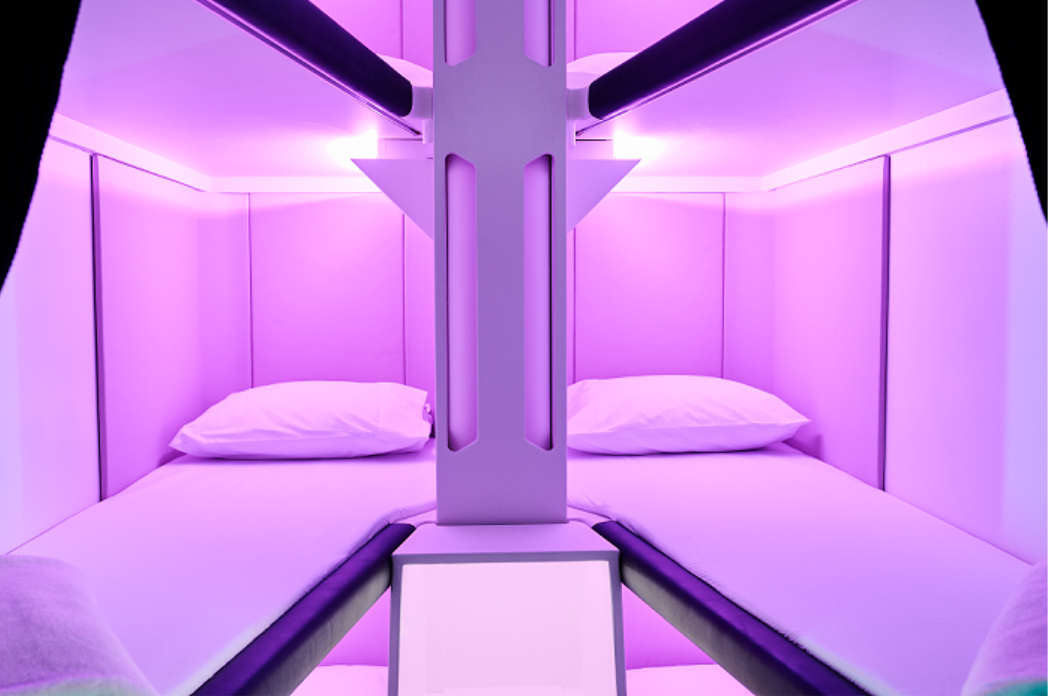 Chief Marketing and Customer Officer for Air New Zealand, Mike Tod, discloses in the official press release that, since the airline operates some of the longest flights in the world, it is committed to providing as much comfort to passengers as possible.

“We have a tremendous amount of development work underway looking at product innovations we can bring across all cabins of the aircraft,” Tod explains.

“A clear pain point for economy travellers on long-haul flights is the inability to stretch out. The development of the Economy Skynest is a direct response to that challenge.” 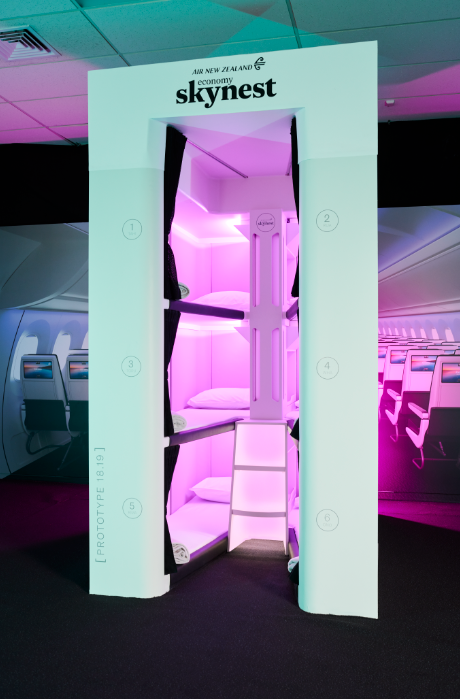 The positioning of the Economy Skynest within the aircraft remains to be determined, but it will be able to accommodate six sleeping pods.

Each pod will also come equipped with a full-sized pillow, sheets, and blanket as well as privacy curtains, earplugs, and lighting designated for sleep.

“We are exploring other features such as separate reading light, personal device USB outlet and ventilation outlet,” the release explains. 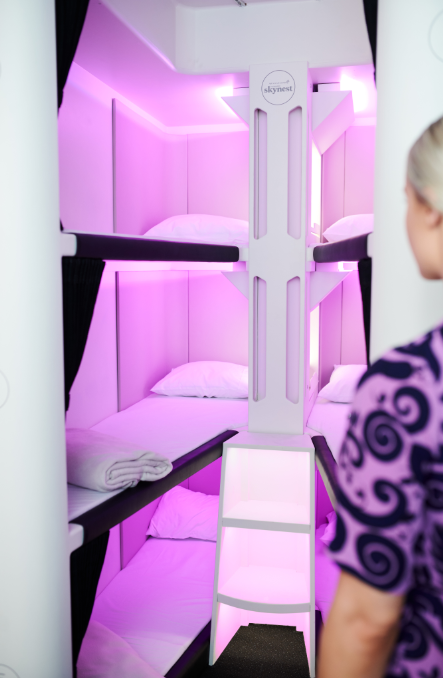 The airline will decide whether to put the Economy Skynest into full operation next year after evaluating the results of its inaugural flights between Auckland and New York.

“We see a future flying experience where an economy-class customer on long-haul flights would be able to book the Economy Skynest in addition to their economy seat, get some quality rest and arrive at their destination ready to go. This is a game changer on so many levels,” Nikki Goodman, General Manager of Customer Experience, states in the press release.

“We’re sure this innovation is going to be a game changer for the industry and bring significant improvements to long-haul flying.  We expect other airlines will want to explore licensing the Economy Skynest from us just as they have with the Economy Skycouch.” 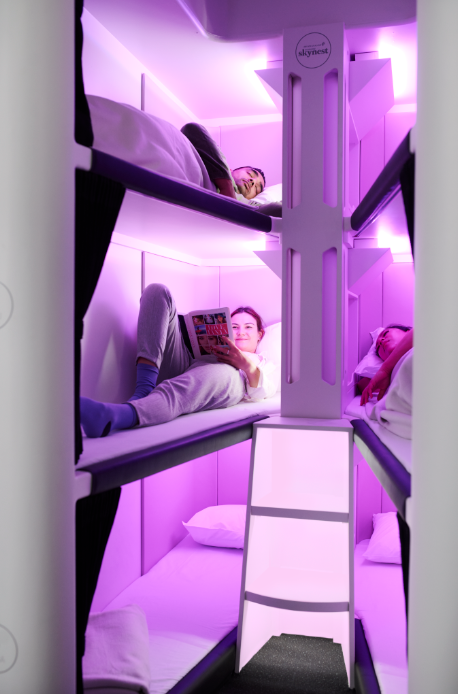 Head of Airline Promgrammes Kerry Reeves explains that the Economy Skynest is an example of the “can-do” attitude that acts as a pinnacle value for the company.

“At Air New Zealand, we continue to nurture a can-do attitude, we’re not afraid of being bold and trying new things. The question is never ‘can we do this’ but instead ‘is it right to do this for our customers?’ and, if so, ‘how will we do this?'” Reeves explains.

“Our ability to take a good idea, to execute and deliver an innovation that works in our environment, our market and for our people and customers gives us an edge.”