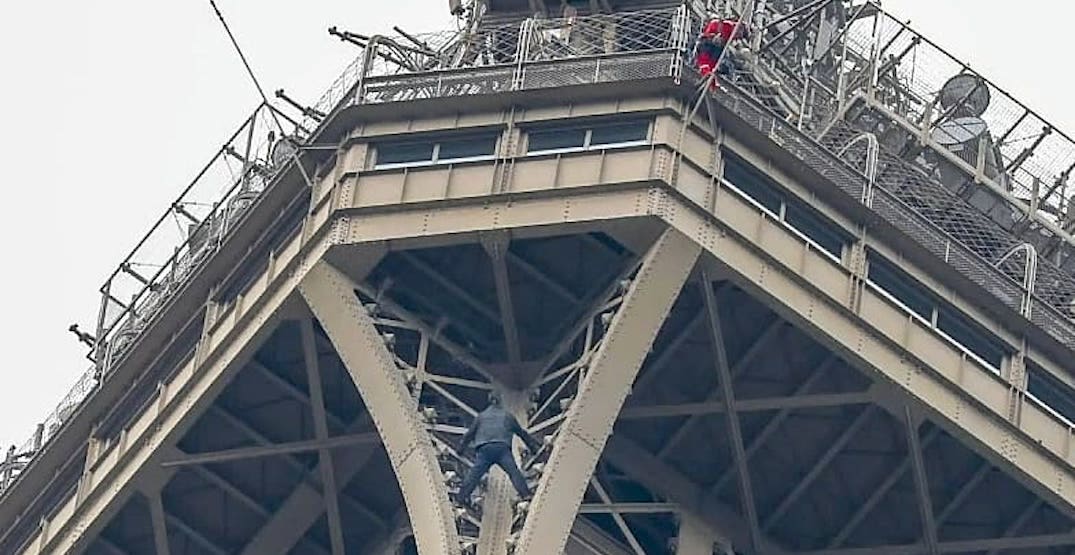 While urban bouldering (or “buildering“) sounds like a trendy hobby, certain things just shouldn’t be climbed — and the Eiffel Tower is one of them.

Yet a man scaled the side of the iconic Paris monument on Monday afternoon, without the use of any safety equipment.

Shortly after the Eiffel Tower climber was spotted, personnel evacuated the site and cordoned off the surrounding areas. The structure remained closed while local officials conducted the man’s rescue. 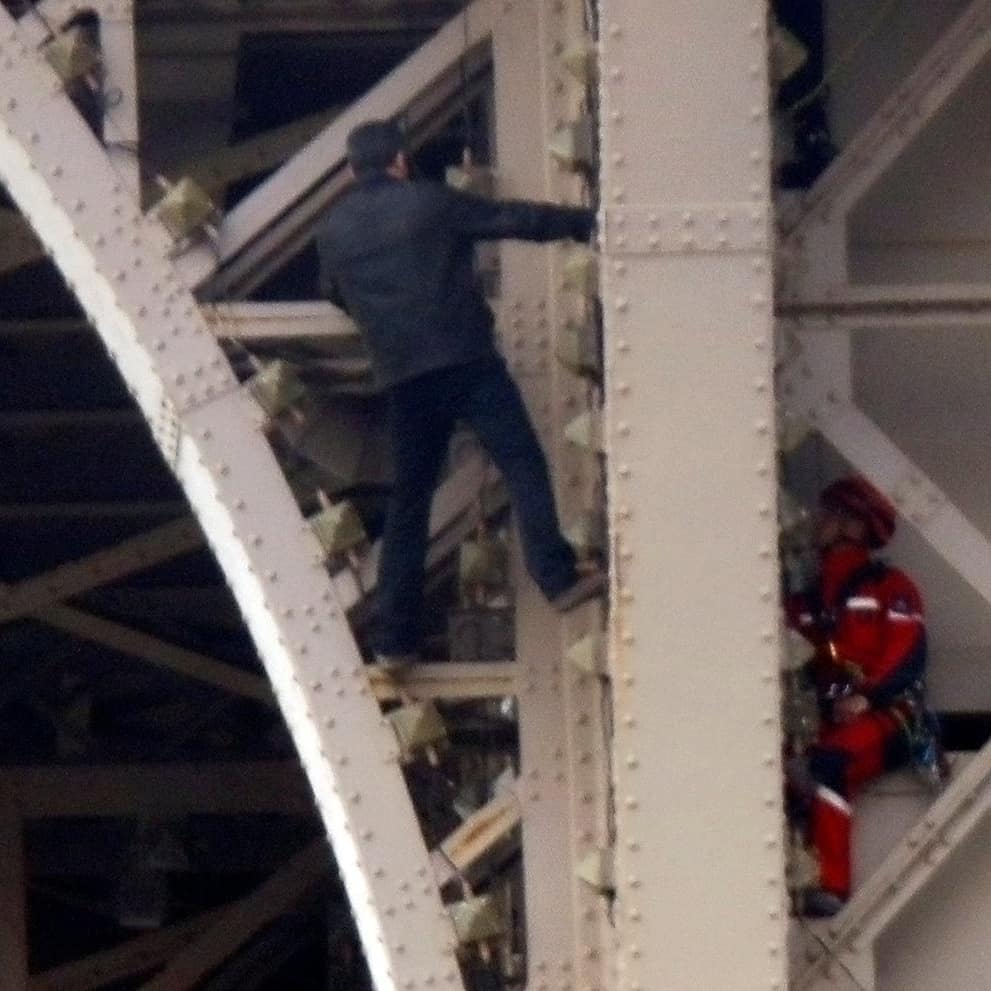 SETE (la Société d’Exploitation de la Tour Eiffel), who operates the landmark, told Le Parisien that the man likely reached the second floor by elevator, as is customary for visitors. He was detected as soon as he clambered onto the structure but climbed too quickly to be caught.

The man nearly reached the third and highest observation deck, reaching a height of approximately 274 meters (900 feet). Firefighters attempted to reach the man as he dangled there. After approximately four hours, police negotiators finally persuaded him to descend safely. Hundreds of onlookers watched the ordeal, which lasted over seven hours.

The Eiffel Tower climber is now in the custody of local police, a Paris police spokesperson told CNN.

While the man’s motivations for climbing the tower remain unknown, photos and videos of his ascent have gone viral.

WHY WOULD YOU CLIMB UP THE EIFFEL TOWER pic.twitter.com/wynQOUl2vR

The Eiffel tower is 324 meters (1,062 feet tall). It was designed by Gustave Eiffel for the “Universal Exposition” marking the 100-year anniversary of the French Revolution. Paris’ iconic monument turned 130 last week and draws nearly 7 million visitors each year.

This is not the first time someone has tried to scale the tower. Freerunner and climber James Kingston also managed to slip past security in 2015 and climb the tower without any use of ropes.

This ‘free solo’ attempt may also have been a nod to Alex Honnold, whose history-making climb on Yosemite’s El Capitan has brought global attention to ropeless climbing.

The Eiffel Tower reopened earlier today, according to a press release that was posted on the monument’s official Twitter account. It should remain open to the public, so long as no one else gets any lofty ideas about climbing it.