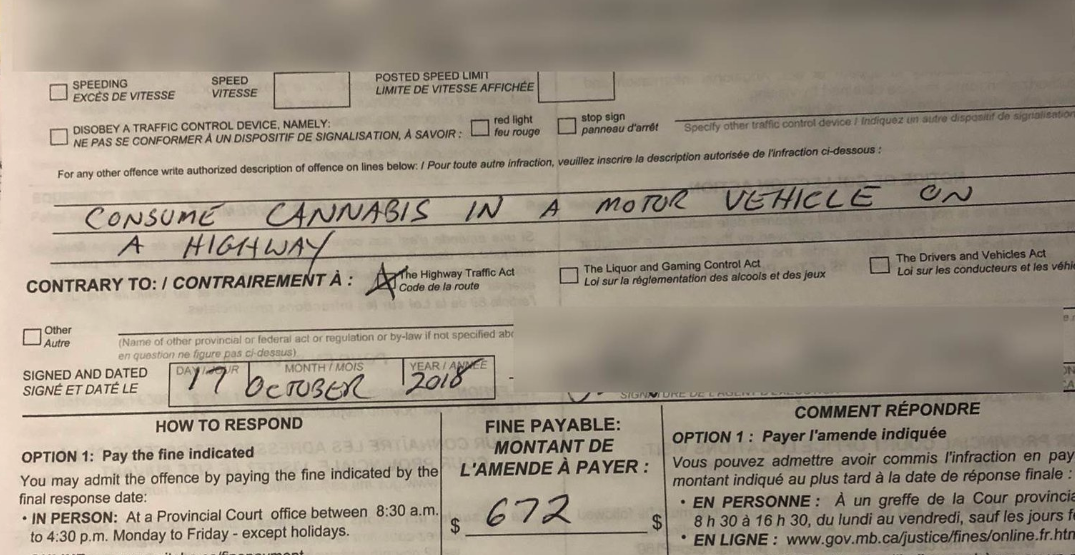 Just hours after cannabis was legalized on October 17, a Winnipeg driver was handed a $672 ticket getting high in their vehicle.

According to a Tweet from Winnipeg police, a driver was stopped for consuming “cannabis in a motor vehicle on a highway,” on Wednesday.

According to Ally Siatecki, media relations with the Winnipeg Police Service, the individual was not driving while high.

“In this case, there was no impaired charge that was laid. Regardless, if you are the driver or passenger, consuming cannabis in a vehicle is prohibited,” Siatecki told Daily Hive.

In Winnipeg, the following fines are issued for cannabis offences:

The federal government passed bill C-46 in June in order to “strengthen drug-impaired driving laws and create an impaired driving regime that would be amongst the strongest in the world.”

The bill made the following main changes to Canada’s impaired driving laws: