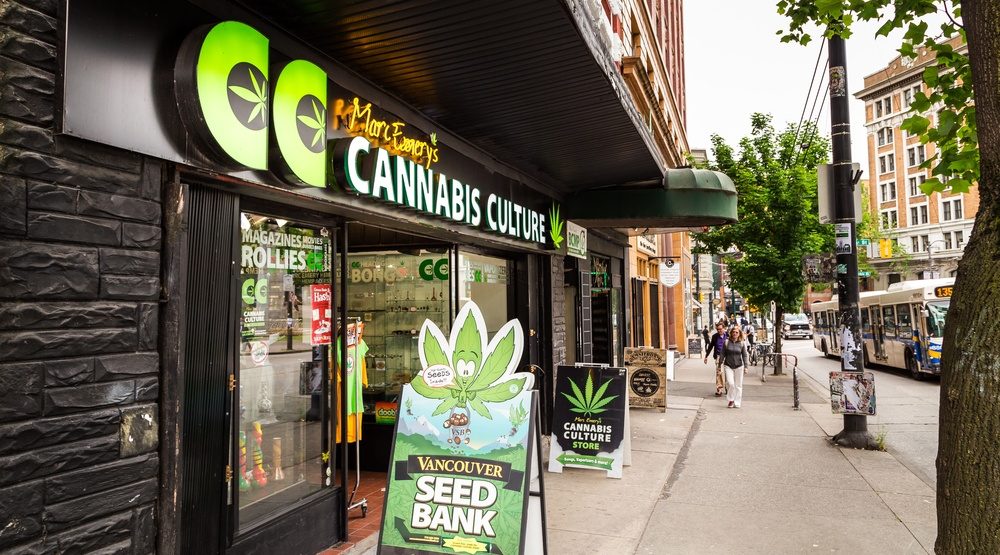 Cannabis Culture, a long-standing fixture in Vancouver’s cannabis counter-culture founded by BC’s “Prince of Pot” Marc Emery, is shutting down three of their dispensaries in the wake of a recent BC court ruling.

“It is with great sadness that we must announce the forced closure of three of our Cannabis Culture dispensary locations and the laying-off of over 50 employees, due to heavy-handed tactics by the City of Vancouver,” said Cannabis Culture CEO Jeremiah Vandermeer, in a statement.

Cannabis Culture locations at 1674 Davie Street, 3421 E. Hastings Street, and 3175 W. Broadway will all be forced to close after the loss of a Supreme Court of British Columbia case involving 53 cannabis dispensaries in the city that were seeking to remain open.

Krishna said the ruling “also signals that any cannabis retail store operating outside city regulations can and will be enforced against using all the tools at the city’s disposal to the fullest extent moving forward.”

“Today, Cannabis Culture had to issue lay-off notices to over 50 wonderful people,” read an Instagram post from Jodie Emery, a mainstay of the business and cannabis advocate. “The remaining three Cannabis Culture dispensaries are being forced to close on January 31 — or the City of Vancouver will seek arrests and jail time.”

Cannabis Culture’s flagship location at 307 W. Hastings will remain open as a Headshop, Vapor Lounge and home to the company’s media activities, including Cannabis Culture Magazine and Pot TV.

Devastating, heartbreaking news… 💔 Today @CannabisCulture had to issue lay-off notices to over 50 wonderful people. The remaining three Cannabis Culture dispensaries are being forced to close on January 31 — or the @city_of_vancouver will seek arrests and jail time. Access is being lost. Lives are being harmed. Why? For what? Cannabis dispensaries save lives. Cannabis dispensary closures cause death. There are plenty of irrefutable scientific studies proving it. So why would any government seek to restrict access to life-saving cannabis in the middle of an opioid overdose crisis? Please take peaceful, polite action — see the info in the official Cannabis Culture announcement article, and contact city officials. Request emergency licenses to address the opioid crisis, and the medical patient medicine access shortages. Request retail bylaw proximity amendments to allow dispensaries to stay open. Request fair, reasonable regulations to allow peaceful dispensaries to stay open. The city has a lot of power — they licensed dispensaries beginning in 2015, so they can issue licenses today. But as everyone has seen since 2015, the “Restrict and Limit Access” approach to the entire so-called legalization regime in Canada is resulting in significant punishments and harm against peaceful, nonviolent people. Cannabis Culture will be spending the next three weeks campaigning for a saving grace — and we hope our supporters and community will take part in rallying peacefully to get political support for keeping dispensaries open, to offer a safer alternative to opioids, alcohol and other drugs. Please visit CannabisCulture.com and CannabisCultureDispensary.com for updates, and be sure to stay tuned for other developments in the weeks ahead. Official announcement: https://www.cannabisculture.com/content/2019/01/08/cannabis-culture-forced-by-city-of-vancouver-to-close-marijuana-dispensaries/ #CannabisCulture #FakeLegalization #NewProhibition #DrugWar #heartbreak #grief #loss #community #cannabis #marijuana #dispensary #dispensaries #Vancouver #EndOfAnEra #CannabisSavesLives #NoMoreDrugWar #OpioidCrisis #SaferChoice #DispensariesSaveLives