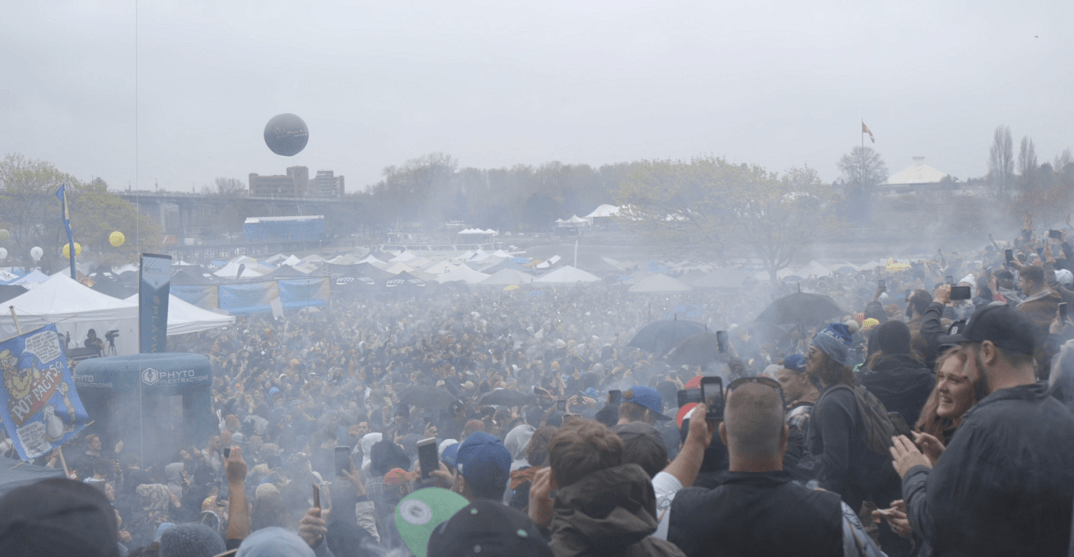 A Vancouver Park Board Commissioner is proposing the idea of restricting the sale of cannabis during Vancouver’s annual 4/20 event at Sunset Beach, as well as moving the location of the event altogether.

The motion, entitled Future of the 420 Cannabis Event, is being put forward at tonight’s council meeting, by Tricia Barker.

“With the legalization of cannabis… there is now a legal framework in place governing the production, sale, possession and use of cannabis,” the motion states. “The sale of cannabis and cannabis-related products at events such as 420 is not permissible under the new legal framework. ”

Still, the motion notes that during the 2018 4/20 event, “VPD counted 482 vendor tents; 420 organizers generate revenue from fees paid by vendors.”

Moreover, it continues, the fact that the event is held in a public park is and of itself a problem.

“Smoking or vaping cannabis in parks and on beaches is prohibited under the Cannabis Control and Licensing Act as well as the Park Board Smoking Regulation
Bylaw,” the motion states. “Disregard for local resident and public complaints and concerns about the disruption caused by 420 needs to be addressed.”

The motion also states that there is “a growing frustration from residents that concerns are not being heard or acted upon.”

To tackle some of these issues, the motion proposes, among other things, that the Vancouver Park Board direct staff to explore options available to preclude the sale of cannabis, and that staff send a letter to the mayor and council Mayor Kennedy Stewart to “request a continuation of the exploration of alternate venues within the City of Vancouver in order to move this event to a more appropriate location that will not cause disruption to West End area residents, seawall users and Vancouver Aquatic Centre patrons.”

The end goal, the motion adds, would be to have the annual event relocated by 2020.