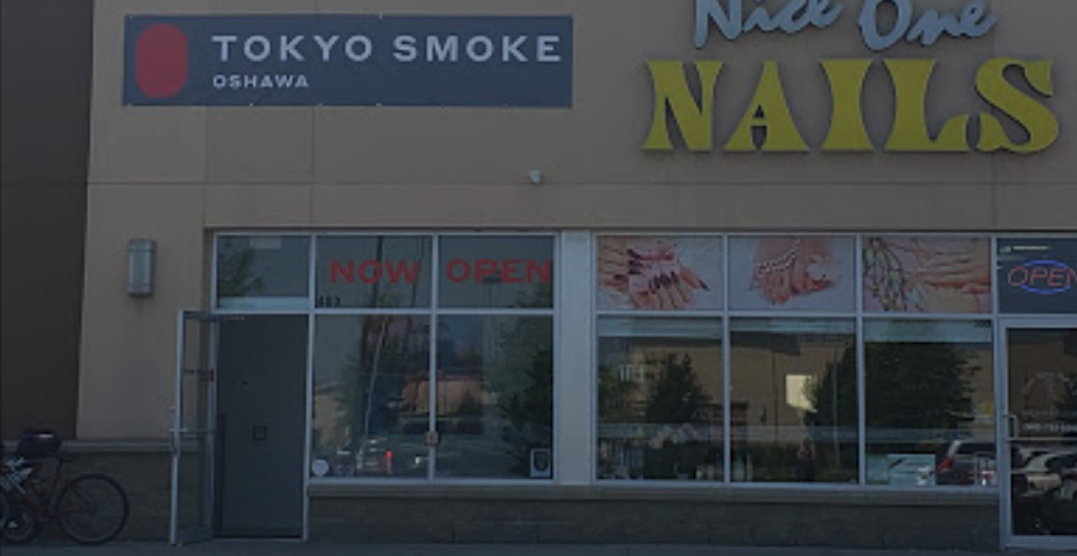 Durham Regional Police are seeking two suspects after an alleged armed robbery that took place at a cannabis store in Oshawa over the weekend.

On Saturday, February 1, at approximately 10:30 pm, officers say they responded to the Tokyo Smoke on Laval Drive in Oshawa due to calls for a robbery.

Two masked suspects who were both armed with handguns entered the store and stole cash from the tills, police say. The suspects fled to an awaiting grey vehicle and, although officials searched the area, they were not found.

Law enforcement says that no employees or customers were physically injured.

The suspects are described as male, with a dark complexion, and 6’ to 6’2” tall. They reportedly wore masks and black hooded-sweaters.

Two suspects are sought after an armed robbery at a cannabis store in Oshawa on Saturday night. None of the employees or customers were physically injured during the incident.

Tipsters may be eligible for a $2,000 cash reward.