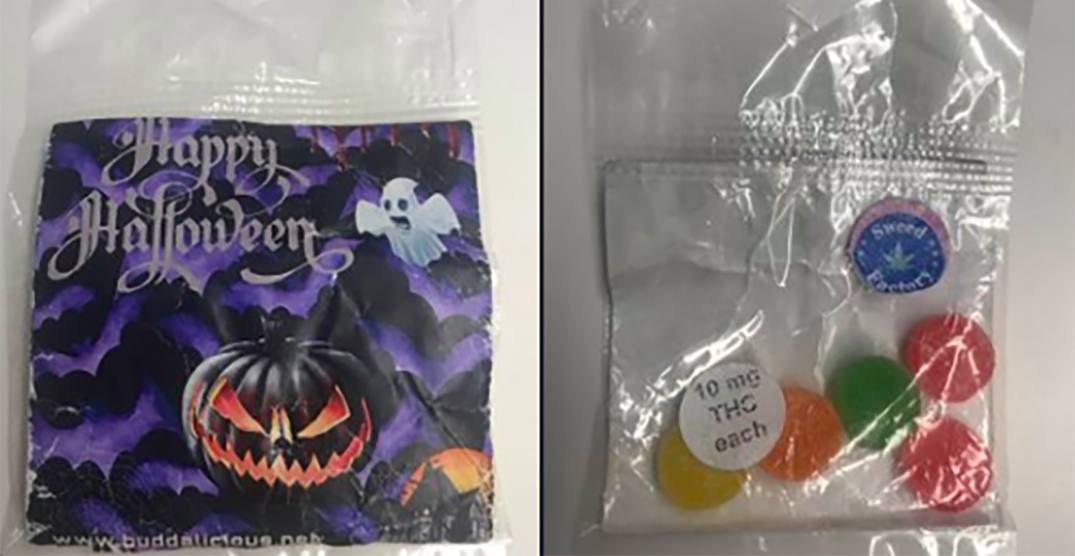 According to the RCMP, a parent in Nova Scotia found a packet of cannabis edibles mixed in with their child’s Halloween candy.

On October 31, around 9:30 pm, the Kings District RCMP report responding to a call from a parent in Coldbrook, Nova Scotia, a town just over an hour’s drive from Halifax.

According to a release, the parent said to have found cannabis edibles in their child’s Halloween treats.

“The package has a Halloween-themed label on the front and contains several jujube candies inside,” the RCMP wrote in the release. The parent reportedly was alerted by a sticker on the back of the package indicating that the candy contains THC — the psychoactive element in cannabis.

Kings District RCMP say they seized the item, though locating the point of origin will likely be complicated by the fact that parent and child accompanied a group of eight kids in total through the towns of Cambridge, Kentville, and Coldbrook and “do not know which home the cannabis edibles came from.”

Police report that all eight children’s treats were checked by an adult and none of the others in the group received the same type of treats.