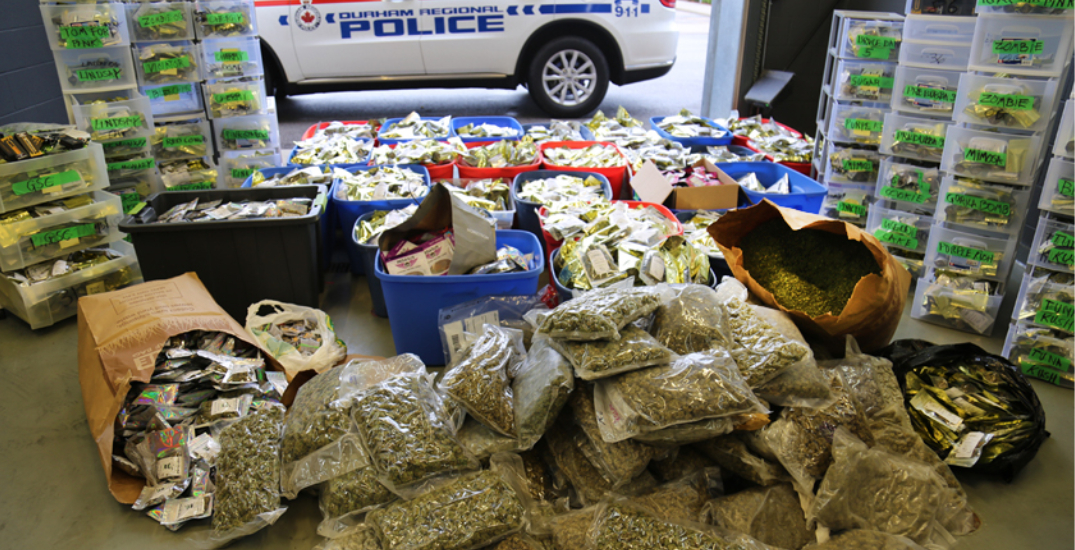 Durham Regional Police have seized millions of dollars in illegal cannabis and two homes as part of a months-long drug trafficking investigation.

Dubbed “Project Sorento,” the investigation by the East Division Community Response Unit began in mid-September. The project was launched following a citizen’s complaint that illegal drugs were being sold to youth in the Bowmanville area.

As a result of the two-month investigation, police seized one home in Bowmanville, one home in Mississauga, approximately $150,000 in cash, and over $1.9 million in cannabis, shatter, cannabis vape pens, and edibles.

“Members of the East Division Community Response Team would like to thank the community for their ongoing support and partnerships,” police said.