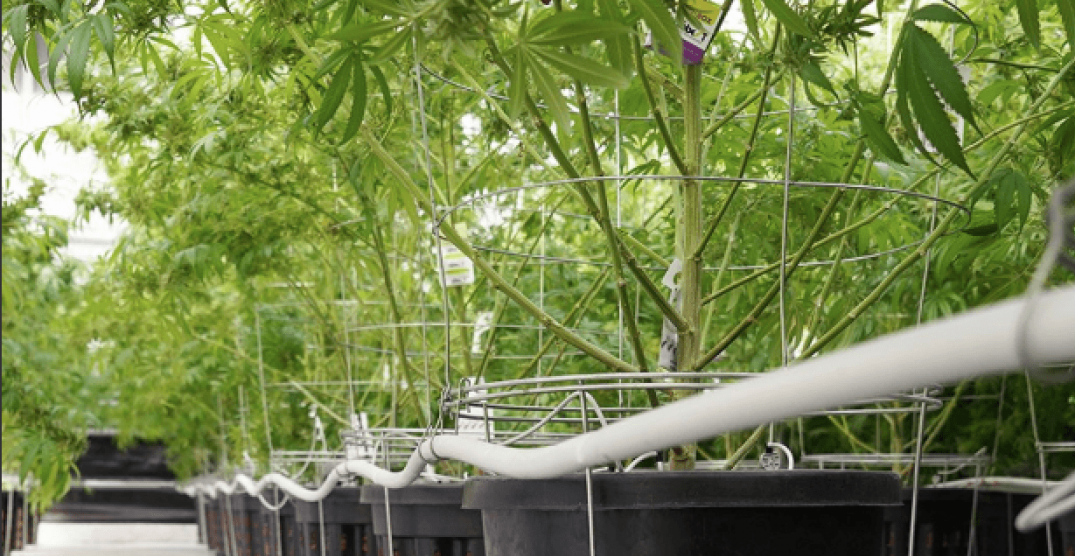 Red-eyed Ontarians spent $385,100,000 on Cannabis over the past year, according to a report released by the Ontario Cannabis Store (OCS) this week.

Documenting the first full year of legal cannabis sales, A Year in Review (2019-2020) was published by the OCS to serve as a resource for the Ontario cannabis industry. It charts the period between April 1, 2019, to March 31, 2020.

More impressive than a simple dollar amount, the retailer and only provincial distributor estimates that 35,100,000 grams of cannabis was sold. These numbers will likely be higher over the next 12 months, as the OCS notes the first half of the year was hampered by supply shortages.

Ontario also faced unique difficulties as only nine cannabis retail stores opened in April 2019, as part of the Ford Government’s licence lottery system. By March 31, 2020, there were 53 stores open for business throughout the province.

Purchasing trends are emerging as well. Consumers prefer dried flower, which dominates the market and made up 79% of sales by volume.

“Of those dried flower products sold, 52% were in the ‘high’ range over 20% THC,” the report said. “When larger-format mids with consistent quality at lower price points became available in the fourth quarter, they demonstrated high sales velocity.”

The company also noted that its pricing was having “limiting success” against what it called an “organized and persistent illegal market.” In response, the OCS has lowered the average price of cannabis by 25%. This is a change from last summer, when Statistics Canada noted that legacy/unregulated market prices were declining, while legal weed’s price was on the rise.

By its own estimations, legal sales make up 19% of the current market, leaving 81% in the hands of legacy dealers. 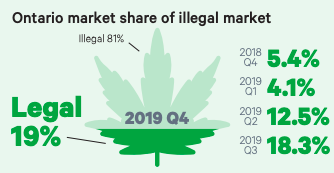 According to the report, the average price of gram was $9.48 before tax in the first quarter of the assessment period. By Q4, cannabis bought directly from the OCS cost an average of $7.48 per gram.

The latest suite of cannabis products, things like edibles, extracts, and topicals, were also added to Health Canada’s list of approved products in October 2019 and would not appear on shelves until the last quarter covered in the report.

“Cannabis 2.0 products that launched into the market in Q4 sold very well, but similar to the launch of legalization, the offering from Licensed Producers was initially fairly narrow,” the OCS said. “The data demonstrates consumer enthusiasm, but it will likely take some time for identifiable trends to emerge.” 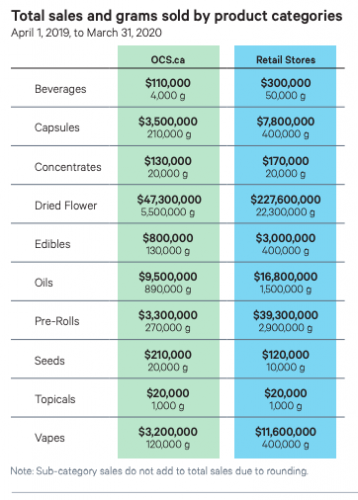