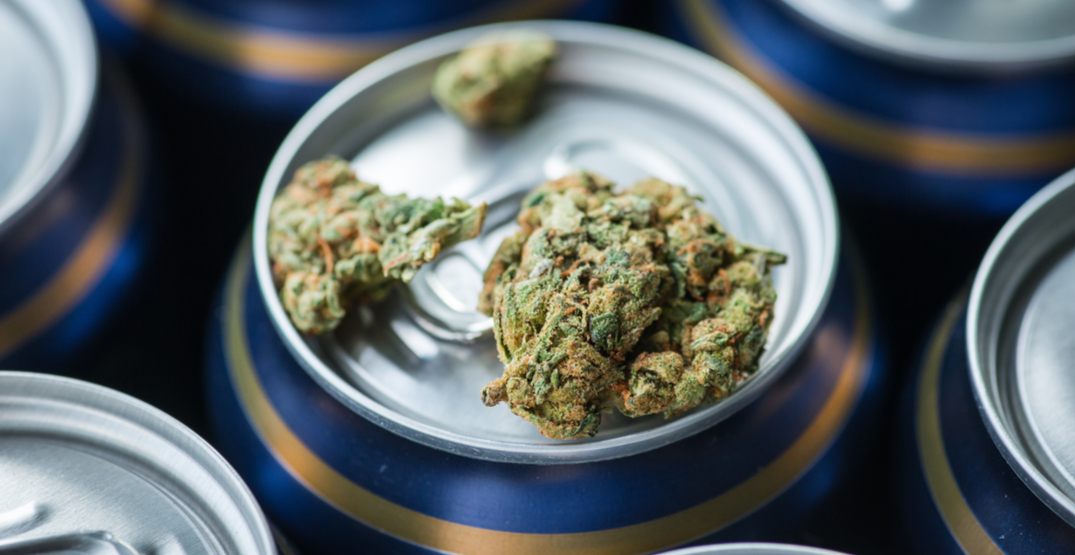 Marijuana on top of a beer can. (Shutterstock)

With the legalization of recreational marijuana set to go ahead in October, beer behemoth Molson Coors is reportedly considering its options and weighing whether or not to expand into the cannabis sector.

According to a Bloomberg report, the Denver-based company has been in talks with “several” Canadian cannabis companies over the past few months, including Aphria Inc. and Aurora Cannabis Inc.

The report noted the topic was addressed again by Molson Coors CEO Mark Hunter at an investor presentation earlier this month.

Hunter told investors his company has “assembled a team in Canada to actively explore the risks and opportunities of entering the cannabis space in that market.”

The speculation and discussion comes hot on the heels of an announcement by Prime Minister Justin Trudeau that Canadians would legally be able to recreationally light up as of October 17 of this year.

Although the proclamation date was originally projected to be in September, Trudeau said that the extra month was requested by some of the “big” provinces – particularly Quebec – to ensure that regulations are in place by the time Canadians can legally light up.