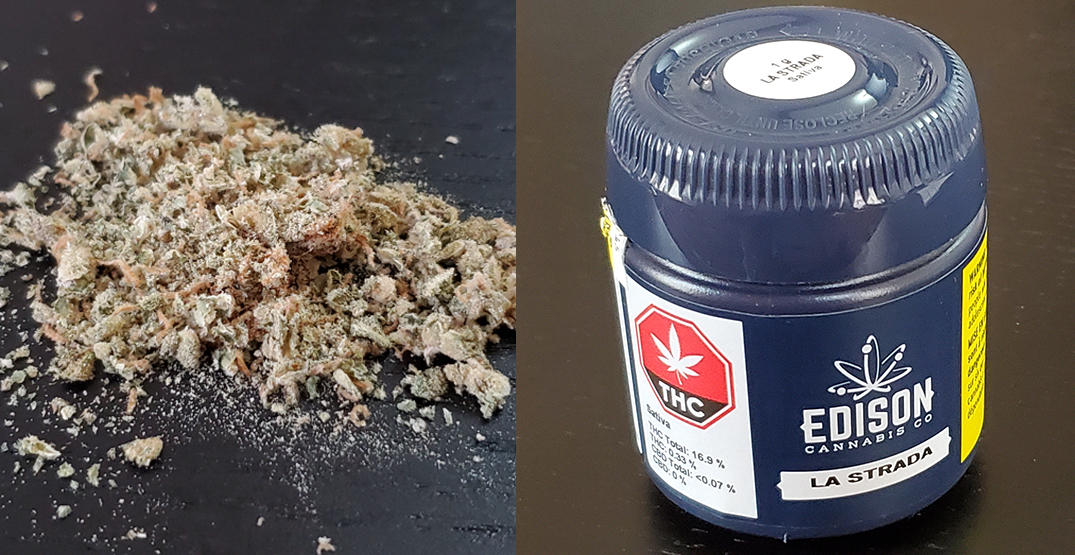 High minded legal reviews are a fairly objective look at what licensed retailers are offering Canadians as an alternative to the unregulated market. From edibles to dried flower to beverages, we’ll be testing it all.

All reviews are conducted independent of their producers and purchased by the author (that’s me).

For this premier review of High Minded, we’re seeing if Edison Cannabis Co.’s La Strada dried flower is capable of lightning in a bottle or just a few sparks.

Evaluating strains will be done using the tools that most users can rely on at any given time: sight, smell, and taste. Dried flower tasting is done using rolled dry flower of between .5 and 1.5 grams of cannabis each.

Edison Cannabis is the recreational brand under Organigram Holdings. La Strada, grown indoors in Moncton, New Brunswick, has been the recipient of some accolades for the company. In January 2020, the company announced the strain had received an award from cannabis information hub, Leafly for Top THC-Dominant Flower.

With a 15 to 20% THC content, this is considered to be a “strong” potency strain, according to the Ontario Cannabis Store’s website. 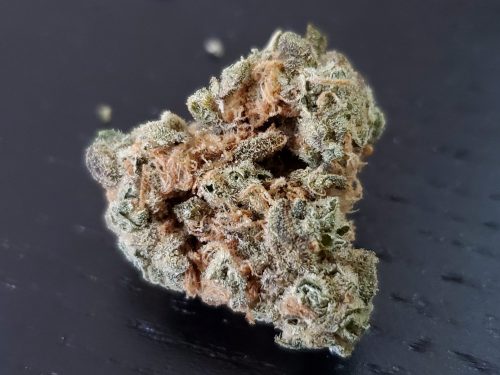 For this review, both 1-gram and 3.5-gram packages were purchased. Both contained different lot numbers. This proved to be a somewhat fraught way to assess the quality of buds, as first impressions of both were varied.

The 1-gram container’s bud was dry — like a your-Welsh-mother-telling-you-journalism-is-a-bad-career-move type of dry. While not always a bad thing, a lot comes down to preference, as most cannabis connoisseurs agree that there is a limit when it comes to moisture or a lack thereof.

Weed needs to have some moisture locked in to prevent the flower from busting into dust when being ground up. The first selection of La Strata — the 1-gram container — was bone dry. Edison’s products include small packets to lock in some moisture, but the 3.5 g serving, which started out in a nice moist and sticky condition (probably the only time those words used in tandem are a positive), had dried out almost completely in less than 24 hours in a sealed container.

Despite this, it is a pretty flower. A well-balanced combination of a deep green, highlighted with orange hairs, and the larger purchase also came with a layer of trichome crystals dusting the outside of the buds.

Another subjective quality, but there are a few things cannabis can tell you based off aroma alone. Once cracking the tax seal it’s best to get that flower right out of the needlessly large child- (and somewhat adult-) proof container and into a clean and dry glass dish.

By detecting the intensity of common earthy smells — what are “green leaf volatiles” — one can determine if some defects are present. This means if you quaff a noseful and pick up notes of hay and cut grass, you’re smelling the degrading chlorophyll. These were not present in either of the purchases from La Strada.

What was present was strong notes of pine (thanks to the terpene Alpha-Pinene) and even bay leaves (Myrcene). 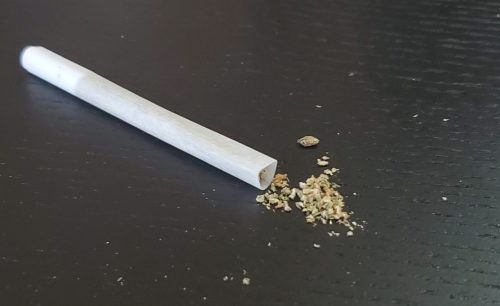 La Strada is sweet to the taste, close to a citrus flavour, but not quite. Whatever the flavour, it’s very light. The smoke isn’t as harsh as some other offerings on the market, but it will likely result in some coughing if you take big hits.

Both lots of the strain burned clean and even. The ash was mostly white in colour — this is a good sign.

It’s an accessible brand that is still high in price compared to unregulated counterparts, but on the spectrum of legal products, it is not debilitatingly expensive.

Both lots of La Strada were also happily free of seeds, a common issue in a lot of legal cannabis.

Despite its seemingly high THC content though, it doesn’t pack quite the same punch as some other high-potency products. Overall, it’s probably a bit much for those new to cannabis, but regular users looking for something more enveloping might want to look elsewhere.

The effects were a very notable and active high, something good for being outside as the weather continues to improve or for someone who likes to be red-eyed but still get things done.

Have an idea for a product review? Email us at [email protected] with the subject “High Minded.”