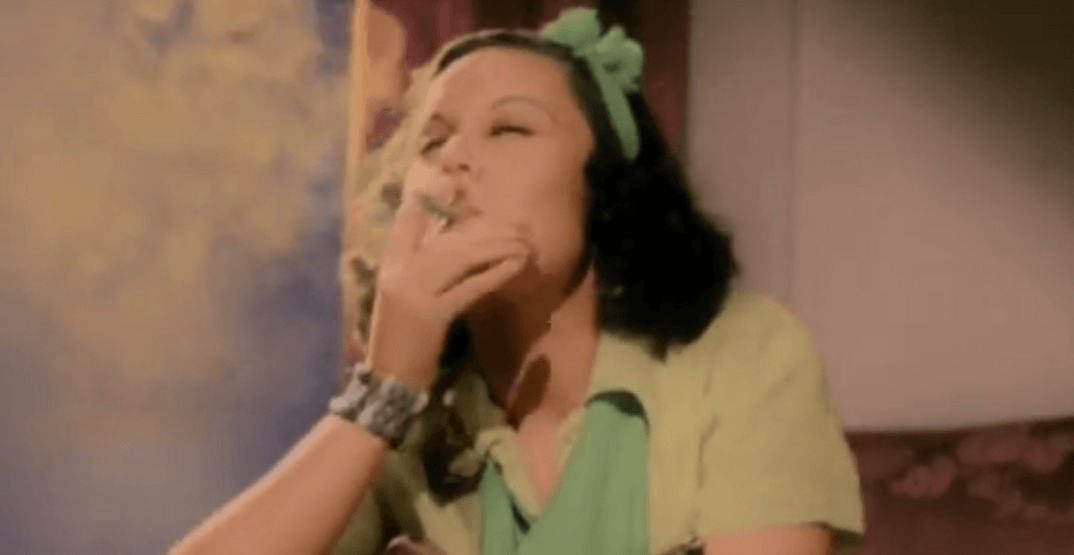 Written by Judith Stamps for Daily Hive. Stamps is the author of Unthinking Modernity:  Innis, McLuhan and the Frankfurt School, numerous journal articles, essays and letters to the editor, and served as editor of the quarterly journal, Cannabis Digest.

The phrase “reefer madness,” refers to a program of wildly exaggerated claims regarding the dangers of marijuana.

If you have encountered tales on the subject, you will have heard, or read, that this program was invented in the 1930s by Harry Anslinger, first Commissioner of the American Federal Bureau of Narcotics, the forerunner to the Drug Enforcement Agency.

The standard account goes like this. Following political upheavals in Mexico in 1910, Mexican immigrants began pouring into the US. For a litany of predictable reasons, they became objects of contempt.

They were dark-skinned, they spoke a foreign language, they took low paying jobs and some liked to smoke weed. The reefer madness campaign was created to characterize the immigrants as alien invaders, hell-bent on driving Americans to murderous insanity. This notion was promoted in a film, now a cult classic, and thereafter boosted to fame by sensationalist newspapers owned by William Randolph Hearst.

Only these ideas were not invented in the US at all. Rather, they were the creation of the early Spanish-Mexican press, passed on to Americans through English language editions of Mexican papers, and later reworked by American journalists. These facts are the subject of Mexican scholar, Isaac Campos’ recent work, Home Grown: Marijuana and the Origins of Mexico’s War on Drugs.

Based on Campos’ exhaustive news-content analysis, here, in brief, is his account:

To set the record straight, smoking cannabis was never an accepted recreational activity in Mexico. Before and around the time of prohibition, two groups used it: soldiers living in barracks, and inmates in prisons. Both were perceived as violent.

Native Mexican healers used it in spiritual practices, and as medicine, but those practices were rejected by the Spanish-speaking, ruling elite. As in the rest of North America, cannabis-based medicines were listed in official medical formularies. But in Mexico, unlike in the US and Canada, they were never available over the counter. They were tightly regulated and available by prescription only.

The colonial worlds, of 19th and early 20th Centuries, were home to lengthy social reform movements, the same movements that spurred alcohol prohibition. Mexico was no exception. Spanish scientists and social reformers of the day were strong proponents of the science of eugenics. They publicized an evolutionary theory according to which vices cultivated in adulthood could be passed on genetically to offspring. They believed that smoking cannabis was such a vice, and that outside of medicinal use, it degenerated both mind and body.

This ‘scientific’ view became the perceived wisdom of the era. The Mexican press promoted it with lurid tales of knife fights among stoned soldiers, and marijuana-fuelled killings amongst prisoners. It featured a popular cartoon character, Don Chepito Mariguana, who illustrated these ideas. Skinny, bug-eyed, and knock-kneed, with a misshapen head, he was the icon of the genetic misfit, wrecked by the demon weed.

In 1895, this image went international. That year, the Mexican Herald began publishing an English Language edition. As the Herald held the Associated Press franchise for the Mexican capital, its stories were reprinted in American papers.

In 1898, for example, a Salt Lake City paper carried the story of a marijuana-crazed Mexican boy, who ran through the streets of his town, tearing off his clothes, and attacking passersby. It was in this atmosphere that US journalists began formulating the idea of a new and menacing drug, south of the border. By the time Mexican immigration to the US had begun to spike, post-1910, the die was cast.

The first state-level prohibition occurred in Maine, in 1911, and by 1933, 4 years before federal prohibition in 1937, 29 American States had criminalized cannabis.

Without a doubt, reefer madness was rooted in anti-Mexican sentiment in the US. Some of this sensationalism made its way into Canada too, through the writings of Canadian social reformer, Emily Murphy.

But it appears that the 1930s American anti-cannabis brigade has been given more credit for inventiveness than it ever deserved.