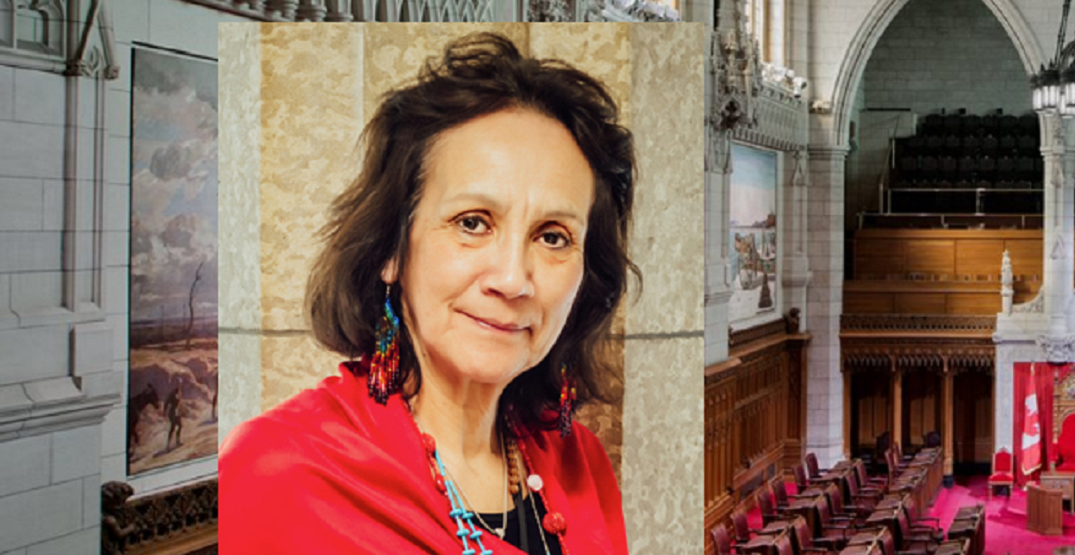 Senator Mary Jane McCallum addressed the Senate in Cree, citing lack of adequate consultation between the government and Indigenous communities.

Canadian senators voted 29 to 46 on Wednesday to defeat a Bill C-45 amendment by Conservative Senator Scott Tannas that “would require that the federal government ensure at least 20% of cannabis-production licences and permits are issued for cannabis facilities located on local land in Indigenous communities or on land owned by Indigenous governments.”

A self-described “unabashed free-enterpriser,” Senator Tannas said that “to impose a quota is not something I would do frivolously,” but touted “huge advantages” for Indigenous communities such as employment opportunities and “revenue for Indigenous governments.”

Senator Tannas challenged senators to “think of any other group of people and communities more in need of a chance to seize a once-in-a-lifetime opportunity of a generation,” comparing the current economic potential of cannabis legalization to how the repeal of alcohol prohibition had led to Canada’s “incredibly strong” distillery industry.

Although the Upper House had convened to debate issues relating to cannabis consumption, the impact of Bill C-45 on Indigenous communities dominated much of the meeting.

Independent Senator Dr. Mary Jane McCallum, who is of Cree heritage and a residential school survivor, lamented what she said was a “lack of adequate consultation that went on between the federal government and Indigenous communities” with regard to the Cannabis Act.

Senator McCallum decried the government’s efforts to reach out to Indigenous groups, saying “it has become quite apparent that – to borrow a term from Senator Christmas – ‘this was a drive-by consultation at best.’” She voted against Senator Tannas’ amendment, describing herself as “disappointed.”

Things got heated in the Red Chamber when Conservative Senator Carolyn Stewart Olsen responded to a question from Liberal Senator Lillian Eva Dyck by saying “well if you don’t know, Senator Dyck, that’s kinda sad” and imploring senators not to “drop the hammer” of power and do what was necessary to “stop this bill or put severe limits on the bill.”

“I don’t think I should be standing up here fighting for this, it should be all of you, and I think it’s an opportunity missed,” stated Senator Stewart Olsen.

Other amendments discussed in Wednesday’s meeting include two failed attempts to raise the minimum age for access to cannabis to 21 and 19, respectively, from Conservative Senators Rose-May Poirier and Denise Batters.

Conservative Senator David M. Wells’ bid to prohibit adults from smoking at home when children under 16 are present – at the risk of receiving a $15,000 fine, up to 18 months in jail, or both – was also unsuccessful, when senators voted 26 to 45 to defeat the amendment.

Senators will meet today for the final vote on the 3rd reading of C-45.