Every week we take a closer look at some of the best stoner films of all time and provide some random factoids about the cult favourites on the Grow series: Reefer Rewind.

Time to grab your uppers, downers, screamers, and laughers. This week we are jumping into our convertible Cadillac Eldorado and heading towards bat country for the 1998 cult classic Fear and Loathing in Las Vegas. 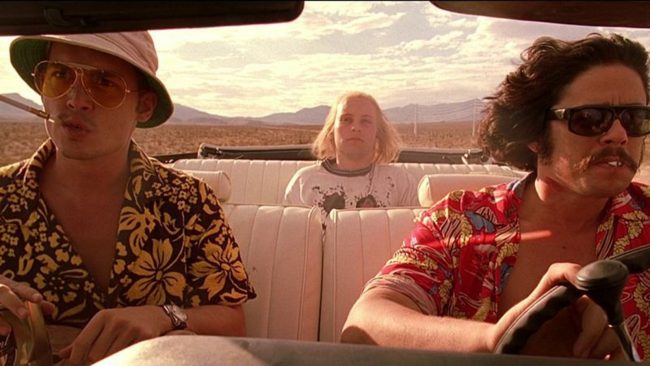 Fear and Loathing in Las Vegas was directed by Terry Gilliam and is based on the book by Hunter S. Thompson. The novel is a fictionalized account of two trips Thompson made with his friend Oscar Zeta Acosta from LA to Las Vegas.

Two great actors—Johnny Depp and Benicio del Toro—star in the film, but there are many other notable faces you will see throughout like, Tobey McGuire, Ellen Barkin, Gary Busey, Christina Ricci, Mark Harmon, Cameron Diaz, and Harry Dean Stanton.

The trippy flick follows Raoul Duke (Johnny Depp) and Dr. Gonzo (Benicio del Toro) on a drug-induced road trip to Las Vegas for an article Duke is writing on the Mint 400 motorcycle race.

Like so many movies we will feature in this series, Fear and Loathing in Las Vegas bombed at the box office. The film grossed $10.6 million which was well below its budget of $18.5 million. Gilliam blamed the studio and complained that the marketing for the film made it look like a wacky comedy. What the film did end up doing was reignite interest in Thompson’s novel. When the movie was released, Vintage Press reprinted 100,000 copies of the book and demand was so high they had to reprint another 500,000 copies.

It wasn’t until the movie hit VHS/DVD that fans everywhere finally appreciated what Gilliam had done with the adaptation. Unfortunately, stuffy critics didn’t put it on the pedestal as so many of us have. It sits at 49% on Rotten Tomatoes with a critical consensus that reads, “visually creative, but also aimless, repetitive, and devoid of character development.” 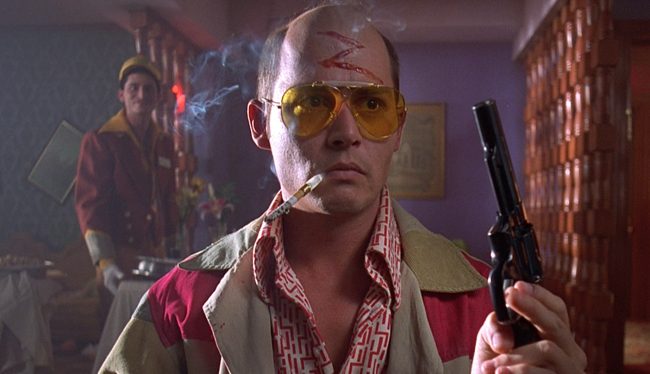 However, the one man that Gilliam did want to impress was Hunter S. Thompson. In a 1998 interview for Loaded Magazine, the filmmaker said that it was important to him that Thompson like the film and recalls the writer’s reaction at a screening,

“Hunter watched it for the first time at the premiere and he was making all this fucking noise! Apparently, it all came flooding back to him, he was reliving the whole trip! He was yelling out and jumping on his seat like it was a roller coaster, ducking, and diving, shouting ‘SHIT! LOOK OUT! GODDAMN BATS!’ That was fantastic – if he thought we’d captured it, then we must have done it!”[

Thompson himself stated, “Yeah, I liked it. It’s not my show, but I appreciated it. Depp did a hell of a job. His narration is what really held the film together, I think. If you hadn’t had that, it would have just been a series of wild scenes.”

Depp and Thompson went on to become good friends and although the author approved of Johnny’s portrayal, he once said that if he ever saw anyone acting the way Depp does in the film, he would probably hit them with a chair. 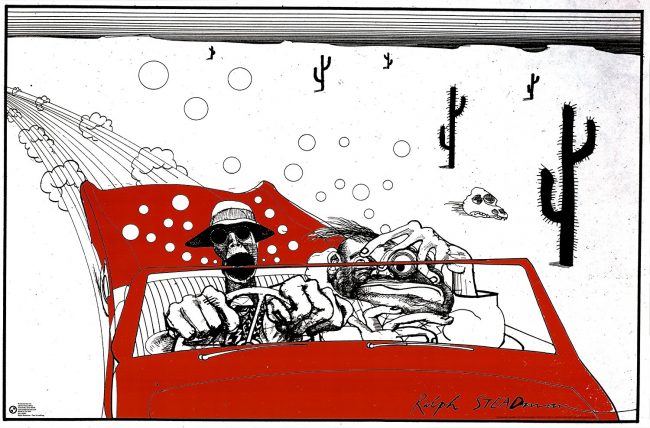 Of course, you couldn’t have a Hunter S. Thompson film adaptation without including Ralph Steadman’s artwork (he created the font for the title of the film). The Welsh illustrator had a long time partnership with the American journalist and drew pictures for several of Thompson’s books and articles. In the part of the movie where Duke starts seeing bats and asks Gonzo to drive, you can see a strange looking cactus in the background. That odd-looking cactus was designed by Steadman and it actually appears many times in the background in various scenes. Call it a stoner Easter egg!

Thanks to the great work of cinematographer Nicola Pecorini collaborating with Gilliam, the structure of the film mirrors the actual drugs that are consumed in the story. It has the initial euphoria followed by the long, slow downers of a trip. As a film, its technical side is impressive considering it worked off a modest budget. The visuals at times were extremely psychedelic with a nice mix of unusual colour palettes, practical effects, and digital manipulation.

Overall, like the literature, the movie is a direct commentary on the fake politeness and hypocrisy of society. As film critic Gene Siskel put it, “what the film is about and what the book is about is using Las Vegas as a metaphor for – or a location for – the worst of America, the extremes of America, the money obsession, the visual vulgarity of America.”

With everything currently going on in this mad, mad world, maybe it’s time to revisit Fear and Loathing in Las Vegas. I highly recommend grabbing the Criterion Blu-Ray edition as it has some commentary by Gilliam, Thompson, and Depp where you can get even more insight, including the time Depp and Thompson shot homemade bombs made up of propane tanks and nitroglycerin. 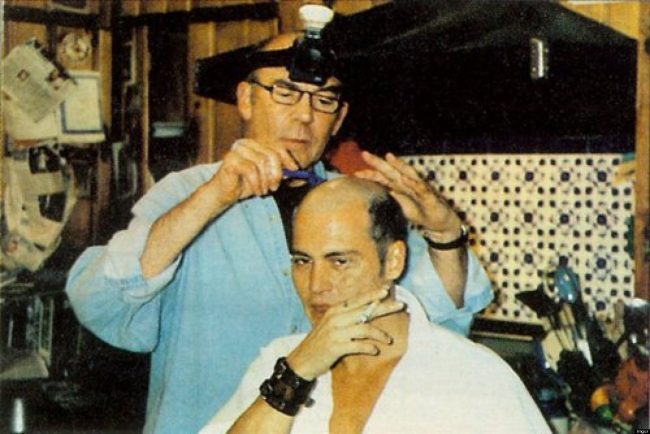 Maybe at some point, you can enjoy the Good Doctor of Gonzo journalism’s own strain of weed while watching the flick. Thompson’s widow Anita Thompson stated in a Facebook post that she will be releasing a strain from her late husband’s personal stash. “I have found a legal method to extract the DNA from Hunter’s personal marijuana and hashish that I saved for 12-15 years. I am in the process of making the strains available to those who would like to enjoy the authentic Gonzo strains in legal states.”

Maybe it’s time to take a road trip down south.