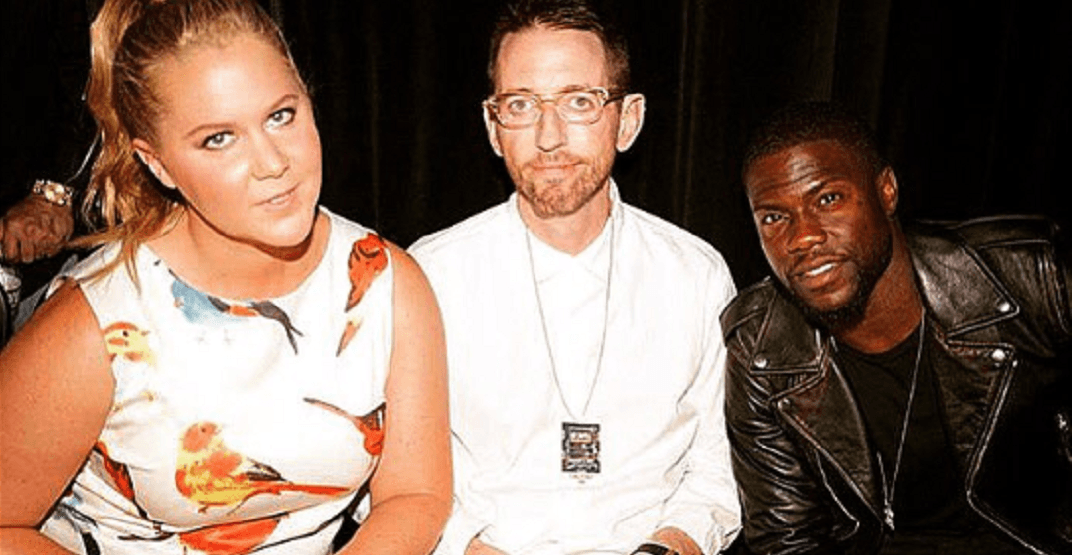 Although Brennan penned stoner classic Half Baked with then-writing partner Dave Chappelle, fans might be surprised to know that the creator of the cult film doesn’t smoke “entirely too much”– or much of any – weed.

But despite his reluctance to consume cannabis, Brennan doesn’t hesitate to talk about it.

“I actually smoked weed like a month-and-a-half ago in Vancouver,” he says cheerfully. “Here’s my experience with weed. Smoked it in high school, and never that much of a fan.

“Wrote Half Baked with Dave, and literally smoked weed on a boat when we were shooting Half Baked in Toronto in 1997. Didn’t like that. Don’t like boats, don’t like weed. Hadn’t smoked since.

“Was in Vancouver and was walking past the weed place with my friend Lucy and I was like ‘lemme smoke’ – it’s not very Canadian but Evan Goldberg, Seth Rogan’s partner, told me how much different weed is now, and ‘you should try it again, smoke sativa–whatever.’

“So I smoked weed and the whole time I would just yell at my friend Lucy ‘I am GONE right now! GONE!’ It just doesn’t work for me.”

Despite his experiences, Brennan thinks that Canadians don’t have much cause for concern with regards to reefer madness come legalization day.

“This assumption that there’s gonna be chaos in the streets, it’s like hey man – a lot of people don’t like [weed]. I guess that my advice would be that it’s not the scourge you think it is, it’s just not for everybody.

“That’s the assumption that nobody ever makes–again, people get addicted to anything, but also people have preferences–there’s KFC on every corner, it doesn’t mean I’m addicted to fried chicken. People still make choices..”

Despite having written what is arguably one of the most popular weed movies of all time, Brennan denies that cannabis has been a significant influence on his work.

“Influence is a big word,” he says. “I think me and Dave wrote Half Baked, which – you know that was his drug, I still wasn’t smoking weed back then. We saw Trainspotting, he was like ‘we should do a Trainspotting for weed,’ and we did it. I haven’t really thought about it since.”

Indeed, it appears that Brennan has been giving more thought to writing than weed, as his work has taken a more personal, insightful direction over the past few years.

In 3 Mics, his most recent Netflix special, Brennan gets real about his experiences that include suffering from clinical depression, a lack of self-confidence, and his fraught relationship with his late father. Swinging manically from laugh-out-loud funny to absolutely devastating and back again, Brennan cobbles together a comedic patchwork that blurs the line between hilarity and heartbreak. 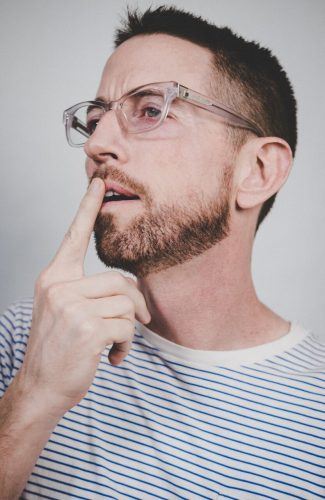 Neal Brennan, possibly pondering that time he got too stoned in Vancouver (photo courtesy of Brennan)

It is his most introspective work to date, the result of a desire to correct misconceptions about himself, take control of his image, and display the kind of self-awareness that comes only through divine intervention or years of therapy.

“I wanted to do something else. There’s something about standup where it’s just like ‘hey, do you wanna hear some glib thoughts for an hour straight? I saw Mike Birbiglia’s shows, and I liked how personal they were.”

“Generally I’m considered a good writer and director, but me and Dave kind of had a public argument/disagreement, and there were a lot of people who kinda thought I was an asshole, or that I was racist, whether they were cognizant of it or not. It’s very hard to beat Dave Chappelle in a public relations battle, so I had to kind of overcome that, and I did.

“So I did a special, largely I thought it was good, nobody seemed to care, and it was like ‘Alright, well I’m not gonna talk for an hour again. I need to kinda reset and explain to people who I am, and why I am the way I am.’

“That was kind of the impetus for 3 Mics, let me explain myself a bit, let me put myself in context. Let me explain to you why I don’t have maybe the charisma that some of my peers have.

“I would say part of the reason is because I suffer from depression. Now that I’ve done it, and I kinda feel like people have a much clearer sense of who I am as a performer now, and as a person.”

“Oh, fuck yeah. I wanted to talk about things that I didn’t want to talk about. I can’t say that I had trauma, it was more just about me talking about depression–the first [mic] was about depression, and I think that was worth doing, and that was something–kind of an explanation for my personality, or even in some ways my stage presence. Second one was about ‘why am I performing?’ – like the starfucker thing and things like getting broken up with and feeling devastated and placing myself in terms of who I was and who this nagging thing is and who i would like to be and then the dad thing was more like… this nagging.

Despite his willingness to confront deeply personal and achingly sad topics, one can’t say that Brennan isn’t funny, he is.

Alongside the raw honesty he displays in 3 Mics, Brennan’s comedic perspective and natural storytelling skills transcend the darkness of the material and offer up an hour that leaves the viewer feeling more enlightened and amused than depressed. This is, in part, thanks to his innate ability to retain a pragmatic perspective when it comes to what would normally be a very messy subject matter.

Confidently, Brennan says that “I don’t have any shame about depression at all, like I said before I think it’s just like plantar fasciitis or something.”

Appearing more self-aware than self-conscious, it is this approach that enables Brennan – and his audience – to own his experiences and serve up a sharp and humorous perspective again and again.

Montreal trusts the funnyman to deliver, as his latest show Here We Go at Just for Laughs 2018 has proved. Tickets to his first two shows sold so quickly that an additional four shows were added to the roster this week, three of them at hallowed JFL venue Théatre Ste-Catherine, where Brennan has performed numerous times.

“I just like Ste-Catherine cause I did my midnight show there like seven, six years ago–and it’s just got a really warm feeling. I always feel homier in a smaller venue.”

“I love Toronto. I mean I shot Half Baked in Toronto… that was 20 years ago. I have a pretty good track record, like a history. I’ve been going there for a while, and I would also like to say for the record that the cutest girls that hit me up on Instagram are Canadian. I feel like I’m ruining it by saying it publicly, but it’s true.”

Having graciously allowed the interview to run long, Brennan finally extricates himself from the barrage of questions.

“I have to wrap up for a truly Neal Brennan reason – you ready? I have to go to therapy.”

Hopefully the comedy world will continue to reap the benefits of Brennan’s self-exploration; if ticket sales are an indication, he’ll be making us laugh, cry, and ponder for years to come.

Neal Brennan is performing his new show Here We Go at Just for Laughs in Montreal July 20 to 22 at Theatre Ste-Catherine, and July 24 to 26 at Place-des-Arts. Visit hahaha.com for show times and to purchase tickets. You can also catch him in Vancouver on August 16 (two shows) and at Just for Laughs Toronto on September 22.