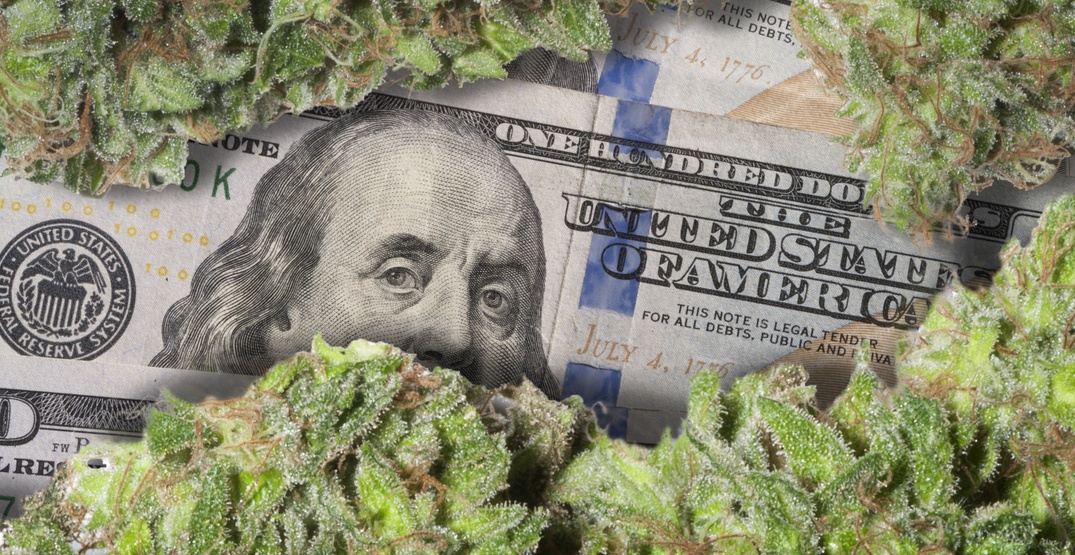 Daily Hive spoke on the phone with Nic Easley, CEO of 3C: Comprehensive Cannabis Consulting, to find out what to look for when in investing in cannabis, including risks and challenges.

Easley will be speaking about international cannabis investments and opportunities at the International Cannabis Business Conference (ICBC) on June 25 in Vancouver.

Easley warns against narrowing your focus on just one company.

“My fear for most investors is individual deals and opportunities. You’ve got a one in 99% chance of getting the unicorn. Most of these companies are going to go out of business, you’re not going to get your capital back. It is risky.”

He also notes that the market will be saturated with companies that will likely fail.

“There will be great companies and brands that emerge but there is going to be such a flood of companies that are crap, so most investors are going to invest in something crappy and never see a positive return on their investment.”

Easley says investors should look into diversified funds and not “be distracted by the Canadian public market as the only vehicle [for investments].”

The current Canadian market is “oversubscribed,” and while there are a lot of opportunities to invest here, Easley advises looking at “how you could use that investment for something bigger than just domestic.”

“For international investors, look into venture funds that are investing around the globe in projects. It’s a better diversification strategy than hearing about some company and trying to invest into it.”

“When you have many licensed producers (LPs) and so many more coming into the space, you need to evaluate if that business is scalable throughout the country and then also if it’s positioning itself to have a piece of an international plan,” says Easley.

“There are great investment opportunities in the US right now because the markets are a little more proven.”

There is also the potential for profitable international investments on a global platform, but he cautions about what they actually entail.

“My fear is that people see these other markets but don’t realize the return-on-investment is not rapid. You’re securing government contracts, exporting to other pharmacies in other countries. You’re not looking for quick returns on investment but you’re looking to get big positions in a company’s early stage in places that have limited licenses.”

Securing those licenses can also pose a problem.

“Sometimes it’s challenging as an investor to actually meet the residency requirements to have that license. You should know what the requirements are for those hands-on provisions, what additional risks and exposure would you face.”

Easley suggests “investing in the people that have access to international deals” but also doing your research.

“You need to vet deals not just through press releases. International relationships and deals are good but you need to get under the hood and make sure the deals bonafide.”

Canada’s impending legalization is another concern.

“By Canada going legal, it may violate some compacts with the UN that they have for allowing them to do medical international expansion.”

“All these companies that have these valuations built on international stuff, if those other countries no longer allow Canadian companies to be importers, that’s going to really hurt your valuation and revenue.”

Be wary of inflated valuation

Easley warns against the massive valuations we’re seeing on the Canadian public market, stating that they are not representative of current revenue streams.

“If you look at revenue versus valuations, it’s three to four  times worse of a bubble than the dot com bubble.”

Companies are securing market positions in other countries “which is creating their valuation.” However, these inflated valuations are based on potential market share rather than actual sales.

“Most people that are listing on the exchange because there’s access to a public market but they are being propped up on these silly valuations and market caps.”

The short of it

“The best investment for anyone in Canada right now if you trade on the exchange, is one of the ‘crappy’ companies, especially one of the crappy US companies that are listed up there that have massive valuations but are actually doing horribly in the US. Bet against those companies, short those companies.”

Another investment opportunity is ancillary services. This entails anything that is not directly related to the actual production of cannabis but rather companies that support and service the industry.

“I love the ancillary side just as much as the hands-on side of the cannabis industry,” says Easley.

“Ancillary services that are functioning in adult-use in Canada will also be great in a global market.”

Easley points to real estate as a good investment, particularly in companies that manage funds for real estate transactions in the cannabis industry.

To learn more about investing in the cannabis sector, check out ICBC on June 25 for panel discussions on international and capital markets, mergers and acquisitions, transitioning to the legal market, and more.