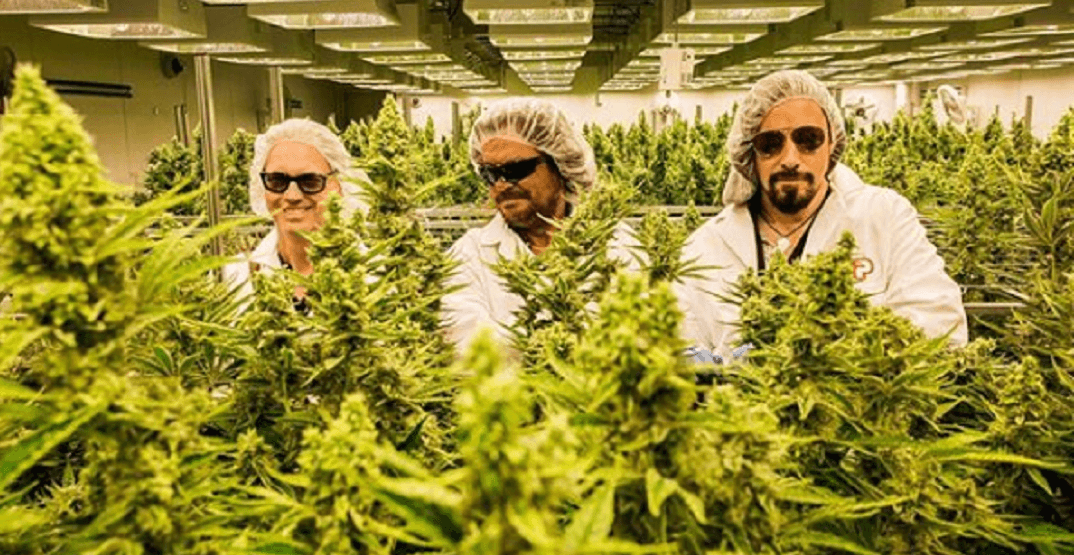 A namesake cannabis strain (though their actual involvement varies from none to licensed producer investor).

With the approach of legalization in Canada, you might be excited to try the latest product from your personal idol. Though you’ll likely run into some challenges if you want to roll a fame-adjacent herb into your celebrity skins.

“The law is explicit and clear, that celebrity endorsement, lifestyle advertising is not allowed with cannabis,” former Toronto Police Chief and current Liberal MP Bill Blair stated at a press conference in April.

So why does the list of celeb-endorsed Canadian weed products look like the cover of Star magazine? Daily Hive takes a look at celebrity cannabis branding deals in Canada, what the law says and what that means for the Canuck cannabis connoisseur who likes a dash of fame alongside their Mary Jane.

Snoop struck a deal with Smith Falls, Ontario’s Tweed Inc back in 2016 to be the exclusive Canadian producer of Leafs by Snoop. The initial deal was for three years (with a possibility to renew for another two upon completion), and started with the release of three of the rapper’s best-known strains (Leafs by Snoop was already in distribution in California and Colorado) in flower form. Owned by Canopy Growth, Tweed is one of the most recognized Canadian cannabis producers worldwide.

The Trailer Park Boys – bane and pride of Dartmouth, NS – came up with Trailer Park Buds in a strategic partnership with licensed producer OrganiGram in a deal signed in 2016. The recreational cannabis line includes custom blends and pre-rolls, and you can expect to see them in Canadian dispensaries come October 17. This is the third brand for OrganiGram, which is also the owner of ANKR and Edison Cannabis Company brands.

Sadly – one might even say tragically – it is not called the Tragically Hemp (seems like a missed opportunity). Nonetheless,“We are happy to announce that we have become partners with one of Canada’s newest, soon to be public, licensed producers of medicinal marijuana. The company is called Newstrike and, after much discussion and assessment on our part, we’ve decided that this company – and the many creative people in it – are a perfect fit for The Hip,” said a note on the band’s official website.

We’re excited to announce Up Cannabis as the official brand of our medical marijuana partnership with Newstrike. For more info, see @updotca. #UpCannabis #updotca

So IS it legal?

Well, no…  but kind of. Bill C-45 and Health Canada espouse the implementation of some extremely strict advertising regulations, with celebrity endorsements being specified as prohibited.

The Cannabis Act draws inspiration from current tobacco rules and bans mass advertising – no billboards, TV commercial or print ads, and cannabis flower and oil must be sold in plain packages. Cannabis companies are also banned from promoting cannabis products and/or their use by associating the product with “glamour, recreation, excitement, vitality, risk or daring.”

Youth-directed advertising, as well as endorsements and testimonials, are also verboten – from people, characters, and animals – so don’t expect a Joe Camel Cannabis anytime soon.

But while that may seem to shut out celebrity cannabis branding completely, there are still a few workarounds. Celebrities are not banned from representing a cannabis company, per se. Current laws fail to define exactly what defines an “endorsement” or “testimonial,” leaving a huge grey area as to what that actually means. For instance, the Tragically Hip state on their website that they “are looking forward to the prospect of contributing creatively to [Newstrike’s] efforts,” but don’t specifically hype the product itself, although slapping Hip song names like “Morning Moon” or song-derived names (such as “Gems,” which comes from “The Last of the Unplucked Gems) could certainly be construed as an endorsement.

There are other loopholes as well. Health Canada does not consider press releases or other information released for the benefit of investors or potential investors to be “advertising.”

Celebrities are also exempt from the ban on endorsements if they are shareholders in the company, which is the deal the Tragically Hip drew up with Newstrike.

Despite Health Canada’s strict laws, there is a lot of room to get around celebrity branding laws – and many boundaries that are sure to be tested in the coming months.