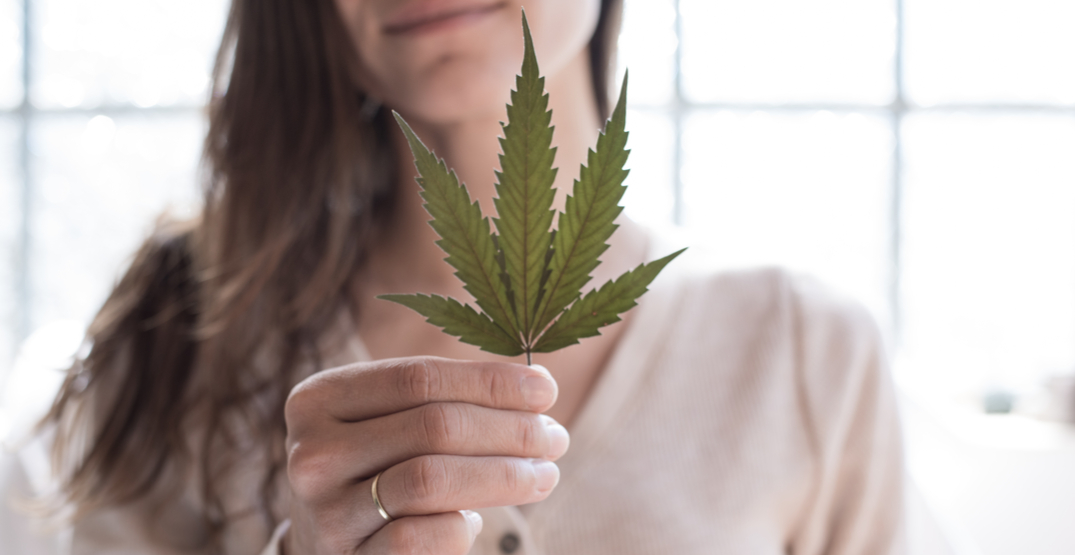 Camille Ritchie has been smoking weed since she was 14, but only recently opened up about her relationship with cannabis.

Daily Hive spoke with Ritchie to learn about her emergence from the “green closet,” and some of the difficulties she’s faced.

“My kids didn’t really know I used cannabis until I decided to pursue a career in the industry. I pretty much lied the times they caught me. Total denial. I didn’t want them to think I was a smoker.

“Over time the lying stopped working and [I needed] to come clean.”

By that time, Ritchie was training at Kwantlen Polytechnic University in the Sales, Marketing, and Drug Development program.

“My kids never asked me what I was taking so I didn’t bring it up at first, but there were books all over the house,” says Ritchie.

She now says she’s more open and not hiding as much.

“I’m just not putting it in their face.

Ritchie lives in a small community.

“Everyone knows everybody so as soon as a rumour starts it goes through the whole town.”

Her approach has been to educate her kids, ages 12 and 16, about the medicinal properties of cannabis, and how their own relatives have found relief for their conditions when they ask her questions about the subject.

“I let them ask questions and jump in when they’re curious instead of forcing them to listen to boring lectures. You need to listen and when they’re open, you jump in.” 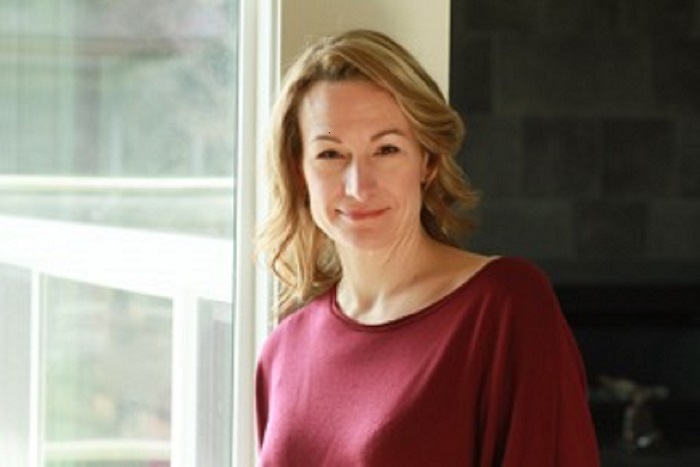 “As a private consultant, I help women and seniors access products they need to help with their condition who aren’t getting help from their doctors regarding cannabis.”

The process of acquiring a medical marijuana prescription can be costly, time-consuming, and often not embraced by the medical community.

“Now that I attend so many tradeshows and educational events it’s really legitimized the industry for me. There is so much professionalism there, but it’s just not publicly known yet.

“[My kids] understand why I help people with medical conditions but they don’t understand why mommy uses it. Trying to explain the evolution to my kids has not been easy.

“At first, the only exposure they had was abstinence and fear-mongering in school and a bit on social media. They weren’t really exposed to the ‘stoner ‘perception so I didn’t need to change their perspective. I could help shape it.”

However, Ritchie realizes she’s up against a lifetime of prohibition.

“My goal is for my kids to respect me,” says Ritchie. “It takes time because of the mixed messages they get at school and from the media. There’s a struggle to legitimize myself, and not be perceived as a pusher.

“It’s confusing for kids. If it’s medicine then why don’t doctors talk about it, why isn’t it available in pharmacies?”

Consuming wine is socially accepted in mom circles, but they are often critical of cannabis use. Ritchie has been condemned by other parents for her use and involvement in the industry.

“I don’t want to be one of the moms who downs a bottle of wine and stays in bed. You watch people get drunk to lower their inhibitions, do something dumb, and then talk about it the whole next day.”

Ritchie grew up with an alcoholic mother.

“If there is a stereotypical stoner it should not equate to what I grew up with. The neglect, the parties, being pushed into drugs and drinking by my mom.

“[My kids] know that their grandma is a serious alcoholic. Maybe they don’t like that their mom smokes pot.

“For me, cannabis opens my mind and alcohol closes it. It’s avoidance and numbing it out.”

“As the stereotype [around cannabis] changes, women may shift  from drinking wine to smoking pot.”

This is a trend she is already starting to notice.

Shame in the shadows

“I grew up with shame for choosing pot,” she says. “Legalization is helping but it’s just a start. We need to be in control of the conversation.

“The people opening up and talking about it are the ones who will help change. Part of my role is helping them come out while not wanting to flaunt it everywhere.”

There are also women who use cannabis during pregnancy to treat pain and nausea, or to help with postpartum depression.

She sees these women “being forced into the shadows.”

“It’s not about being an addict and needing your fix. It’s about how to have a better pregnancy.

“What is the cost of a lifetime of shame to a mom who can’t open up to her doctor that she smokes pot, can’t medicate publicly, or can’t talk about it?”