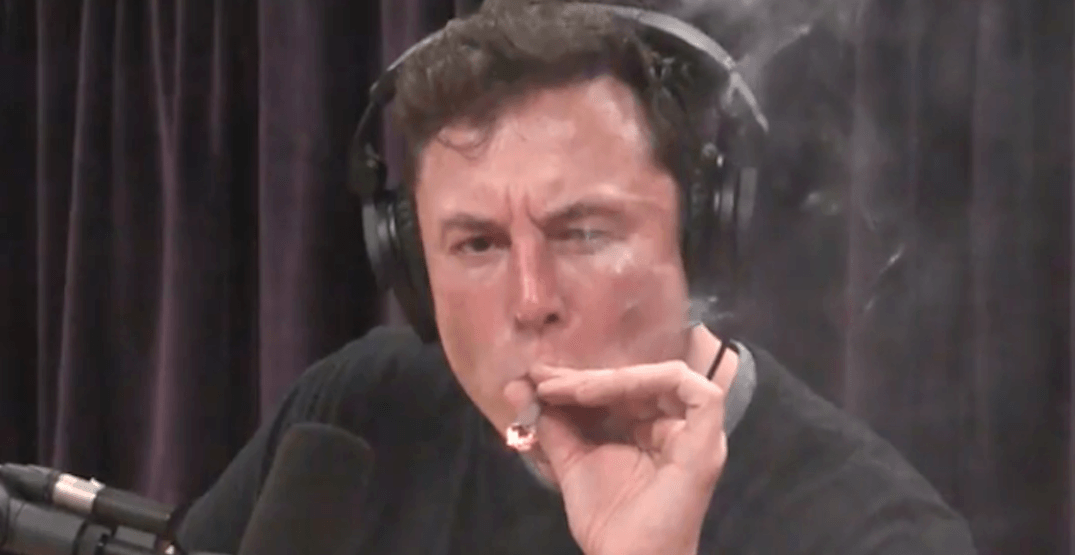 It’s a question that’s no doubt been asked numerous times the world over, but this time, it wasn’t so much the question, but rather who was asking it and where it was being asked.

In the wide ranging-chat, the two discuss a number of topics, and not surprisingly, the conversation eventually shifts to weed.

It begins when Rogan shows Musk a souveneir he brought back from Mexico, which he explains he “bought to hold joints.”

Seconds later, Rogan lights up, prompting Musk to ask, “is that a joint – or is it a cigar?”

Rogan then explains: “No, it’s marijuana inside of tobacco – you ever had that?”

Musk replies: Yeah, I think I tried on once.”

“Come on man, you want some?” Rogan asks. “You probably can’t because of stockholders, right?”

Musk laughs at this, before responding, “I mean, it’s legal right?”

“Alright,” says Musk, who then takes a drag, shrugs his shoulders and passes it back to Rogan.

“The combination of tobacco and marijuana is wonderful,” says Rogan

For those who want to see it for themselves, the moment takes place at the 2:10:00 mark of this video: