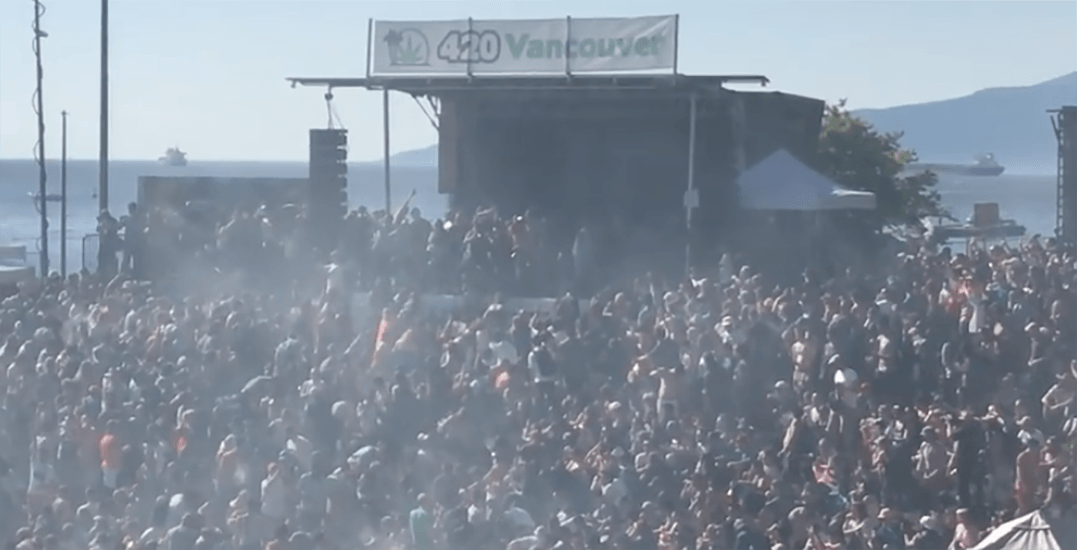 After the city’s mayor said last week he intends to bill the organizers of this years 420 Vancouver for all costs incurred during the event at Sunset Beach, a Vancouver city councillor is tabling an official motion to try and make that happen.

The motion, tabled by Melissa De Genova states, among other things, that 420 Vancouver “has refused to respect the requirements” of the city, as well as the park board, when it comes to putting on the event.

She tweeted a copy of the motion and wrote that “public safety is paramount at 420 Vancouver.”

The motion itself asks city staff to “review options for legal action” against organizers of the event, “to recover costs for resources allocated by the City of Vancouver, the Park Board, or any other civic agency that receives funding from the city’s operations budget.”

The motion adds that “when reviewing options for legal action, that staff also consider taking legal action against companies, businesses, organizers, contractors, and individuals who render contracts and/or participate in provide an equipment or service to the event.”

De Genova would also like to see, among other things, a public statement on the city’s website regarding the impact the event has and has had on the public, the financial impact it has on the city of Vancouver, and funds allocated in the budget to city departments and external agencies.

Last week, Vancouver Mayor Kennedy Stewart spoke of his intentions to bill organizers for the cost of the event, as well.

A spokesperson said there “isn’t anything more to add at this point,” but should the city decide to pursue legal action, an update would be provided.

Following the event, 420 Vancouver organizers tweeted a photo of the area, describing the site cleanup.

Others shared their own pictures of the event’s aftermath at the West End beach, voicing their displeasure with the impact of the event.

The first 420 Vancouver event took place at the Vancouver Art Gallery in 1995.