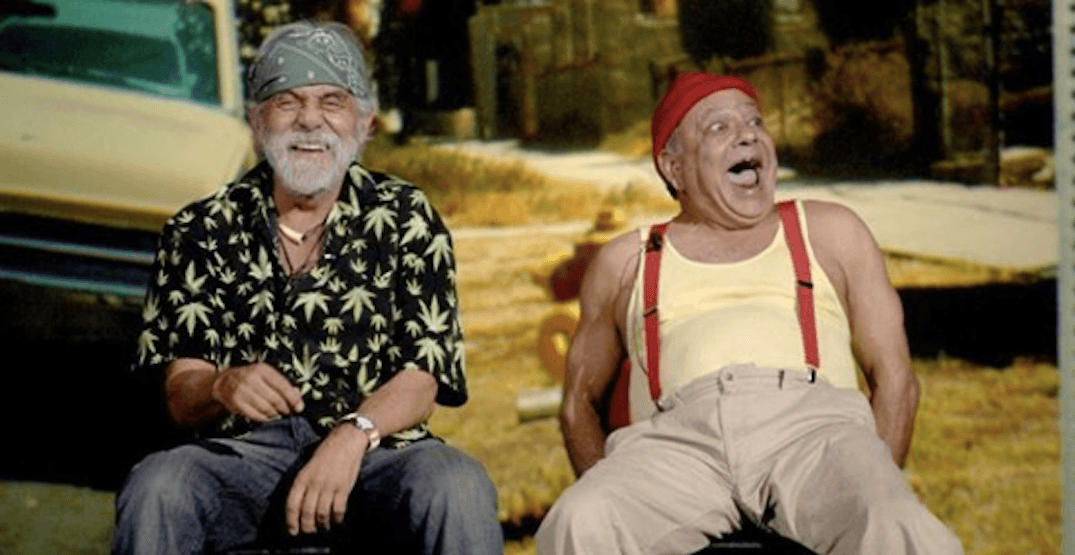 If you want to see hometown-boy Tommy Chong perform with his long-time buddy Richard “Cheech” Marin, you still have time to buy tickets for the Vancouver show taking place this weekend.

The legendary pot-head comedy duo will be at the Hard Rock Hotel and Casino this Saturday, March 24. They will sing some of their greatest hits as well perform stand-up comedy about their long-time love affair with cannabis.

In the ’70s and early ’80s, the actors/comedians/singers solidified themselves as one of the biggest comedy duos, using the hippie movement – and specially their love for the green stuff – as fuel to their audience. Always ahead of their time, they hit world-wide success with their legendary movies like Up in Smoke, Nice Dreams, and Still Smoking.

And then, just like that, something happened. The duo split up in mid ’80s to take their separate paths. Canadian Tommy Chong went to find some success as a marijuana activist and comedy actor for the That ’70s Show. Californian Cheech found success in movies as well as on TV shows.

They got back together in 2008 and are on the road once again with their comedy show. Now that cannabis is legalized in several US states, and eventually will be here in Canada, the audience can expect them to push boundaries more than ever before.