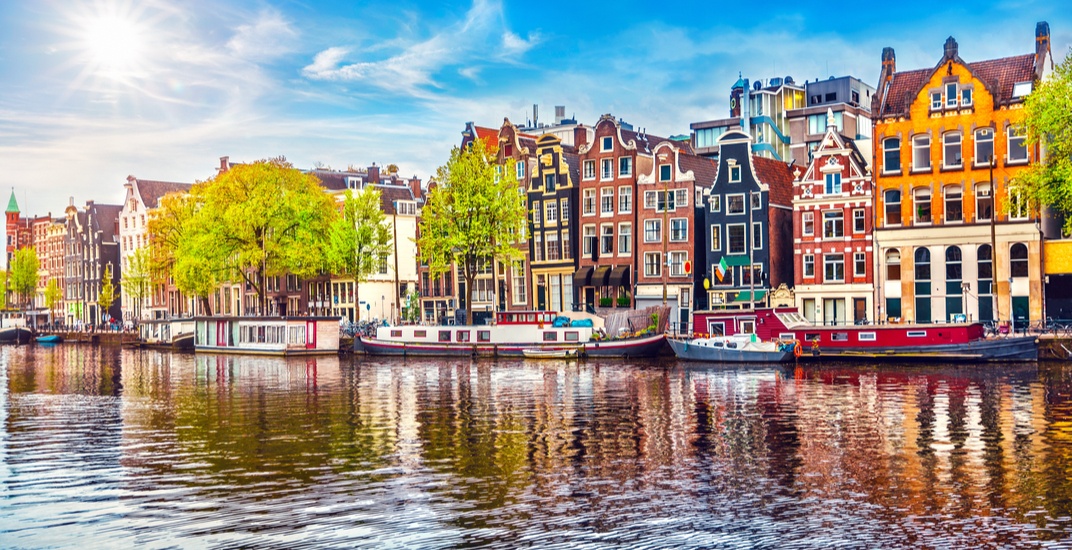 With 20 days to go until federal legalization, Grow’s daily Cannabusters series tackles common myths by cutting through the stigma and sensationalism to bring you the facts about cannabis.

Fact: It’s illegal, but tolerated – and kind of complicated.

Despite a proliferation of cannabis cafés and a notorious reputation in North America, recreational cannabis remains illegal in Amsterdam. Kind of. So what’s the deal?

Here’s where it gets tricky.

Even though cannabis is illegal to sell, coffee shops are issued permits by the government to trade in weed. Cafés with permits are allowed to keep up to 500g of cannabis in stock at a time.

Coffee shop patrons can purchase flower, pre-rolls, and edibles, as well as snacks and beverages (though no alcohol is allowed). Some shops also stock other “soft drugs” like psilocybin mushrooms, salvia, and peyote buttons. The sale of hard drugs is strictly prohibited.

But while Canada and other countries drift closer to legalization, the Netherlands might be slowly cracking down on the pot party.

In April, the Hague banned the use of cannabis in the city center, citing the odour and noise as a public nuisance. Those found to be in violation of the law can be fined accordingly.

Back in 2012, the Dutch government played with the idea of limiting cannabis use to Dutch residents by issuing a “Weed Pass” to locals, although that legislation never made it off the ground. Many cafés have closed in recent years, as complaints from border towns increase with regards to alleged drug smuggling.

It’s estimated that up to 30% of tourists to the Netherlands visit a coffee shop, and the revenue from the cannabis coffeeshop industry is estimated to be bringing in over €2 billion.

For that level of income, a little odour and noise might not be so bad.