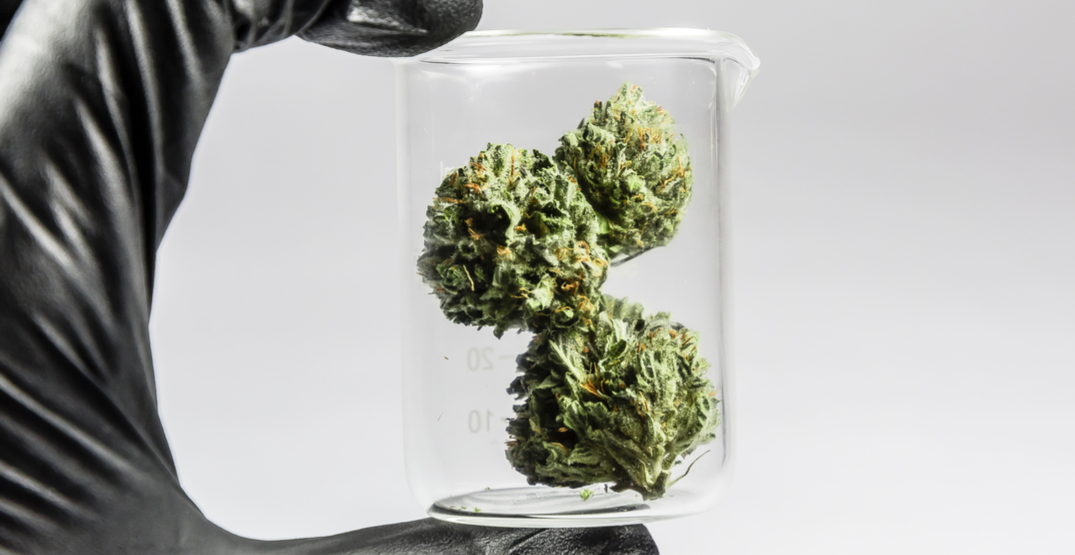 With 27 days until federal legalization, Grow’s daily Cannabusters series tackles common myths by cutting through the stigma and sensationalism to bring you the facts about cannabis.

Myth: THC is the only “active ingredient” in cannabis

Fact: There are thousands of different chemical compounds in cannabis that affect its taste, smell, and effects

With a semi-recent relaxing of the regulations that has facilitated easier access to cannabis for research purposes, combined with the rapidly approaching federal legalization, we know more about the cannabis plant than ever before.

Researchers are increasingly starting to explore and identify different cannabinoids, as well as other molecules that contribute to the effects of consuming cannabis, like terpenes and flavanoids.

Here is a quick primer on just a few of the ingredients that help give your weed its character, flavour, potency, and effects.

Although tetrahydrocannabiol (THC) and cannabidiol (CBD) are the most well-known cannabinoids, scientists have identified at least 113 so far – with each one producing its own profile of distinctive effects. These can include analgesic, sedative, anti-convulsive, anti-inflammatory, and anti-anxiolytic properties.

Cannabis plants make their own phytocannabinoids. Though THC and CBD are the most abundant, the cannabis plant also contains quantities of other cannabinoids like cannabigerol (CBG), cannabichrome (CBC), cannabinol (CBN), cannabidivarin (CBDV).

Terpenes are a group of volatile unsaturated hydrocarbons contained in the essential oils of many types of plants, including cannabis. The cannabis plant produces at least 100 different terpenes, which usually have a strong odour to ward off potential predators like insects and small animals, and give different strains their particular smell. The more terpenes that are preserved in cannabis, the more flavour a flower will have when consumed.

The study of terpenes in cannabis has exploded over the past five years. There is some research (including this 2011 study) that indicates that terpenes can assist or mitigate the effects of cannabinoids, and thus the effects of a particular strain.

Some examples of common terpenes include linalool, limonone, pinene, and geraniol.

As with terpenes, flavonoids can impact the effects produced by a particular strain, as well as the pigmentation of the plant itself. The word comes from the Latin flavus, meaning “yellow” – but different flavonoids can produce colours like red, blue and violet as well. The bright colours of a plant that are the result of flavonoids can work to attract pollinators like bees to ensure the survival of both species.

Flavonoids also have an effect on the taste and odour of the plant, as well as the “entourage effect.”

In May of this year, University of Sherbrooke partnered with CannaSher, Inc to announce the establishment of the CannaSher Chair on Medical Cannabis, “to explore the full potential of cannabis plants and to identify the most promising molecules,” under Dr. Kamal Bouarab.

“Cannabinoids are substances produced by animals and humans as potent remedies against various symptoms including pain, depression, loss of appetite, anxiety, or inflammation,” says Prof. Bouarab. “Our research will help promote certain molecules in plants, so that their effects can be studied in a therapeutic context.”

In August, McGill University partnered with Canadian LP giant Aurora Cannabis to “examine the therapeutic impact and human health outcomes of cannabidiol (CBD) oil as a therapy for chronic pain and related anxiety and depression” under renowned psychiatrist and researcher Dr. Gabriella Gobbi.

This comprehensive study will deliver important data to support a rapidly growing international network of physicians who have started prescribing cannabis, or who are considering doing so,” Aurora CEO Terry Booth said in the press release announcing the project.

“The cannabis plant and its components are yet to be fully understood and more evidence-based studies are needed,” according to Dr. Gobbi. While an increasing body of scientific and anecdotal evidence shows that CBD has substantial potential in medical applications without any addictive liability, this project will ultimately elucidate the mechanism and the clinical application of the CBD.”