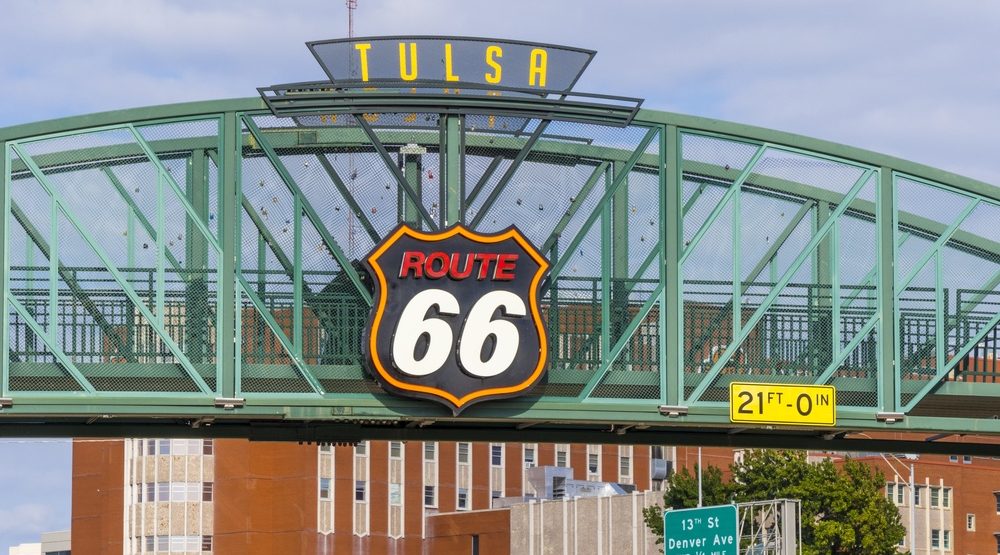 Seven medical cannabis dispensaries in the US are filing suit against Facebook for unfairly placing their state-level legalized businesses in “Facebook jail,” according to Tulsa World.

What started as one Oklahoma dispensary filing against the social media giant has sprouted up some serious support. Danna Malone owner of Ye Olde Apothecary Shoppe began the proceedings when she named CEO Mark Zuckerberg, Chief Operating Officer Sheryl Sandberg and executive team member Peter Thiel, in her suit that claimed Facebook showed “a pattern of targeting the Oklahoma medical marijuana industry,” and was discriminating against her business.

She is seeking a court order that would stop Facebook from censoring their business pages. Furthermore, it’s reported that she’s seeking damages totalling over $75,000 related to the “economic harm,” the bans have inflicted as well as potential legal costs.

Since that time, Tulsa World reports the six other retailers have joined the legal action. No longer localized to Tulsa, the owners of the shops Flowercraft Co., The Greens Bakery, Tribal Nations CBD Outlet, Stoned 4 Survival, Shelf Growers Inc., and Cannabis Island, all operate businesses around the state.

“Facebook has an arbitrary, subjective, discriminatory and archaic policy and their policy does not apply to all,” the petition is quoted as saying. “It is just random. Or at least it appears to be random. There is no way for an individual or a business to contact anyone within Facebook to get assistance.

“They hide behind their keyboards and mete out whatever punishment they feel if they find that you have committed an infraction to their subjective community standards.”

The policies around Facebook and cannabis have long been at odds, where advocates and businesses, even within Canada where the drug federally legal, have run into issues with advertising on the platform.

Grow reached out to Facebook for comment, but did not hear back by time of publication. However, the company does offer some hints to their policy via an infographic on their breakdown of advertising rules relating to drugs (pictured below), and on their community standards for users. 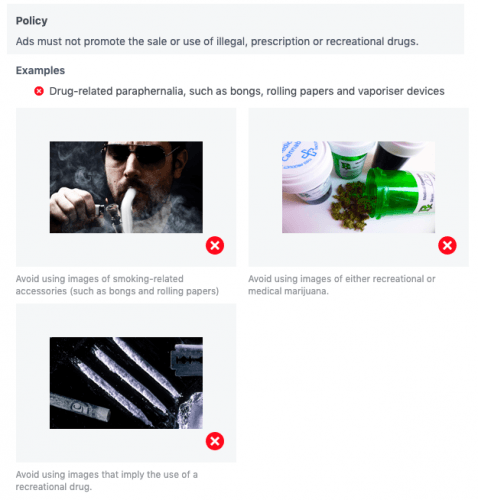 “Some of these items are not regulated everywhere; however, because of the borderless nature of our community, we try to enforce our policies as consistently as possible,” a portion of the policy reads.

“To encourage safety and compliance with common legal restrictions, we prohibit attempts by individuals, manufacturers and retailers to purchase, sell or trade non-medical drugs, pharmaceutical drugs and marijuana.”

The primary complaint from the plaintiffs appears to be that Facebook arbitrarily enforces their policy, with little oversight. They claim that similar business to their own in other states with legal cannabis — giving the examples of California, Colorado, Oregon and Washington — are not subject to bans or “Facebook Jail.”

A decision in the case has yet to be heard, but a victory for the US dispensaries could mean an overhaul of the way the social media platform regulates cannabis content.