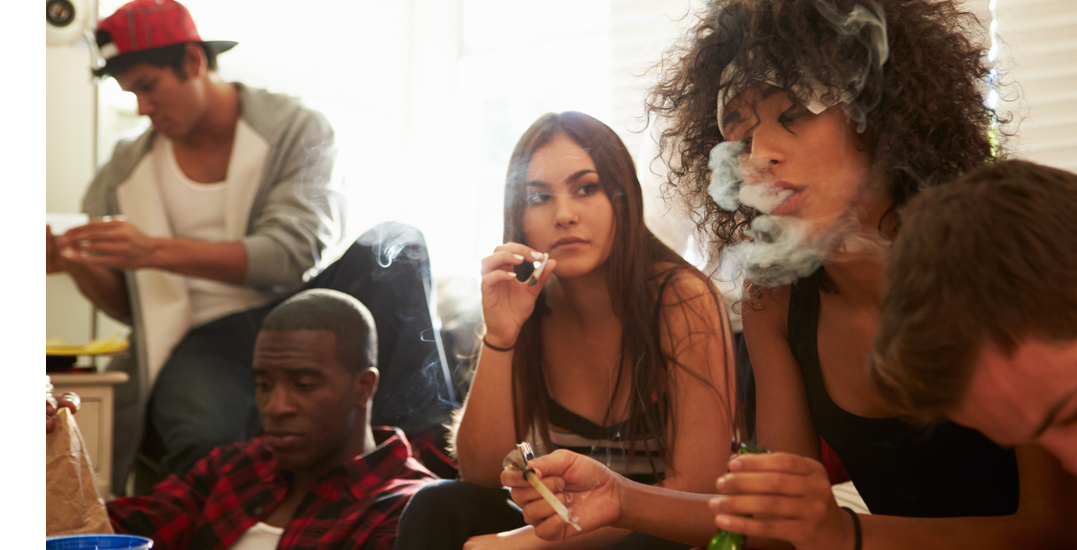 Is 18 too young to be legally smoking weed?

That’s the question that the Angus Reid Institute asked 1,500 Canadians in a survey last month, and found that the majority of respondents thought that the minimum age should be raised to 20 or higher.

The survey, which was administered online between October 24 and 29 to a random sample of Canadian adults, found that a combined 52% of respondents wanted the minimum age for cannabis consumption to be raised higher than the 18 or 19-years-old that is it currently at.

26% thought that 21 would be the best age to allow Canadians to legally smoke, ingest, or otherwise consume cannabis products, while a full 13% wanted the age to be placed at 25-years-old or older.

Alberta and Quebec both saw the majority of respondents calling for a higher minimum age — those being the only two provinces where the minimum age is 18-years-old, rather than 19.

Young men were the staunchest supporters of keeping the legal age of consumption as low as possible at 18-years old, while women aged 55+ were the least likely to support the same sentiment. 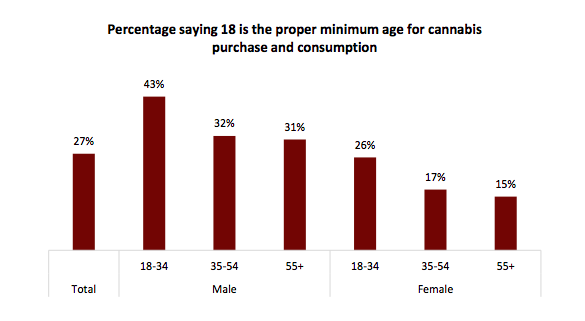 And finally, when asked what age they thought was the right one to be able to use and purchase cannabis, respondents of the Conservative Party of Canada were the most likely to call for a minimum age of 21 years or older, with only 43% supporting the current age of legalization.

What age is the right one to be able to purchase and use cannabis? (Angus Reid Institute)