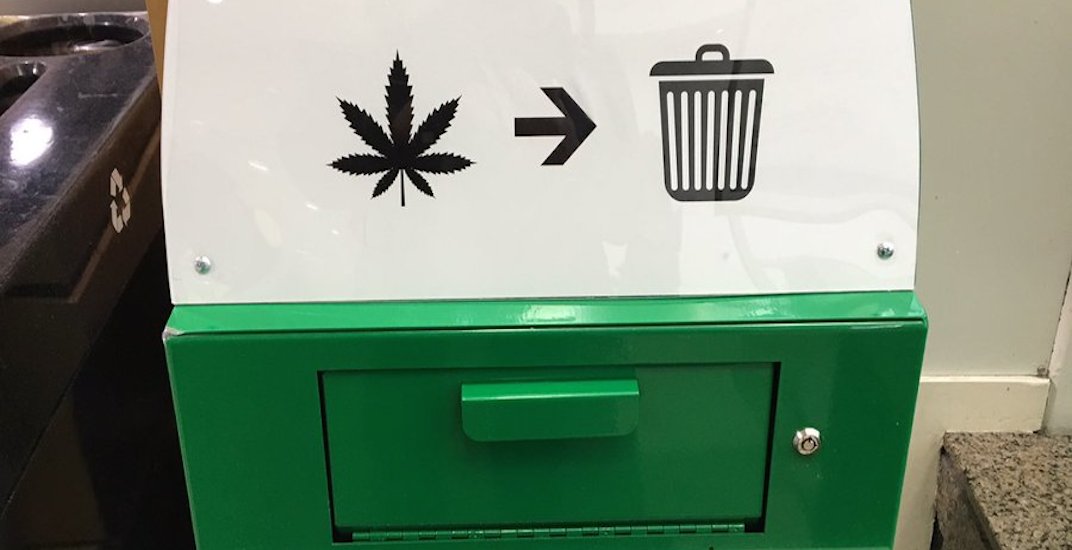 Now that cannabis is officially legal in Canada, Canadians are literally going to be flying high.

As of Wednesday, October 17, Canadians are legally permitted to have 30 grams of cannabis in either their carry on or checked bag if they’re flying domestically.

To ensure travellers are within the legal limit and to prevent travellers from bringing weed onto international flights, a Canadian airport has installed two disposal bins where travellers can dispose of any weed prior to travelling.

Located at Halifax Stanfield Airport, the large green bins are located at security screening checkpoints and feature where passengers can dispose of their legal weed before boarding their plane. 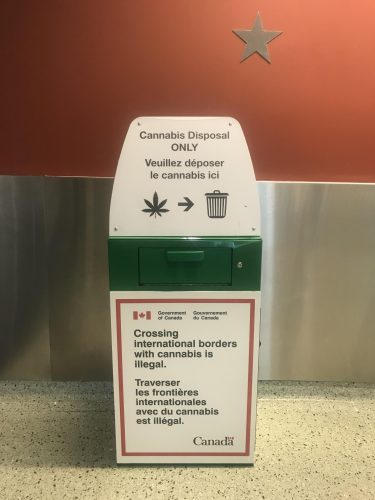 According to a spokesperson for the airport, the contracted onsite police service provider at Halifax Stanfield (Halifax Regional Police) is collecting and disposing of the cannabis on behalf of the airport.

And it currently remains unclear if other Canadian airports will follow suit and install their own disposal bins following legalization.