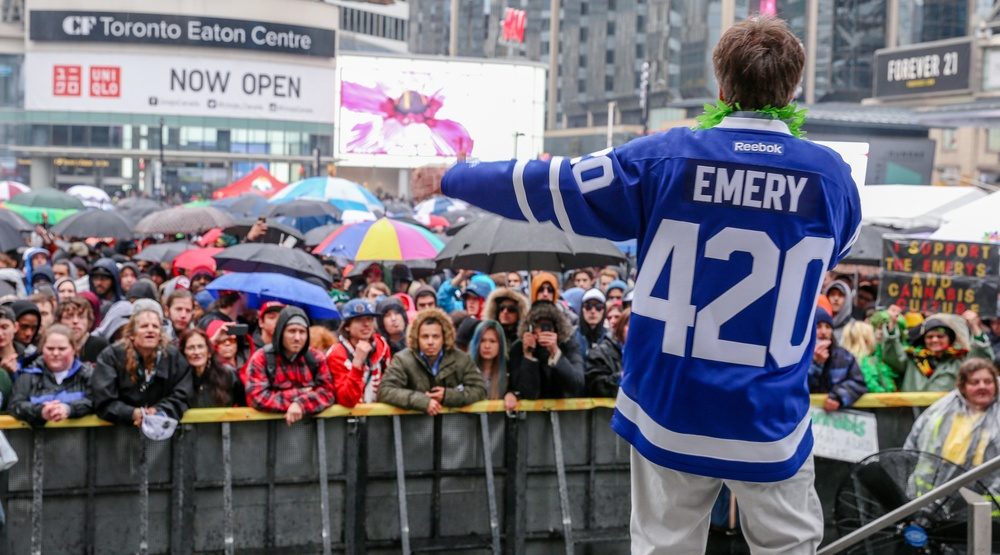 Canada’s ‘Prince of Pot’ is no stranger to public controversy, however, recent accusations of repeated predatory behaviour towards teenage girls in his employ have led to his recent release of a statement of explanation and apology.

On January 14, Toronto journalist Deidre Olsen took to Twitter to release a series of collected sexual harassment allegations against Emery.

The entire history of @CannabisCulture is that of an Old Boys Club where middle-aged men worked alongside vulnerable teenage girls and young women and watched as Marc Emery groomed, harassed, assaulted and exploited them.

Olsen presents a series of accusations against Emery — including her own — that paint him as a serial harasser who used his position as a canna-celebrity and Cannabis Culture’s (CC) owner to groom minors during the 2000s. The thread contained detailed accounts of Emery repeatedly making sexualized comments to teenaged girls, inappropriate touching and messages, and a culture of acceptance and abuse in the CC workplace.

Olsen also posted her own account of interactions she had with Emery, when she was 17 and he was 50. Admittedly having deleted most their chat history, she posted a series of archived chat logs from her own Facebook account allegedly with Emery — Emery in his own statement makes no denial that he sent these messages.

“I love the new pics. You are so cute, and at times, sublimely lovely. You know I adore you! Thinking of you in Toronto! Kisses & Caresses,” Emery wrote to Olsen in 2008.

Olsen categorizes their correspondence as ‘grooming.’ A practice defined as “gaining access to children and youth by achieving this trust, the perpetrator initiates some kind of contact that s/he finds sexually gratifying,” according to the National Center for Victims of Crime.

Yesterday, after being contacted by Huffington Post reporter Samantha Beattie, Emery released a nearly 2000 word response to the allegations.

“I have to make a public statement about assertions being made on Twitter and possibly in the larger public sphere about my reputation and actions I am alleged to have done in my time as owner and operator of Cannabis Culture, particularly in the years 2005-2009.”

After taking time to praise his wife, fellow activist Jodie Emery, and the impact the allegations have taken on her, Emery goes on to paint himself as a misunderstood and deliberately controversial figure, but denies any sexual wrongdoing.

“I’ve lived a very outspoken, provocative, possibly even outrageous life. I’ve thrived on controversy. And I’ve offended people. Lots of people,” he wrote on Facebook. “I do say outrageous things but it is my sincere belief that I have never harmed anyone, or sexually aggressed anyone, in my life.

He denies Olsen’s accusation that he gave out MDMA to teenage girls during a party and concludes with several long paragraphs of apology, again to his wife, but also Olsen and anyone he may have made to feel uncomfortable.

“To you Deidre, I’m sorry I went out of bounds and the experience has become unpleasant. It was immature of me and bad judgment, but I only ever felt positive and glad to know you in our correspondence.”

Emery’s full statement can be read below, including images of the message he received from Huffington Post detailing the accusations against him: