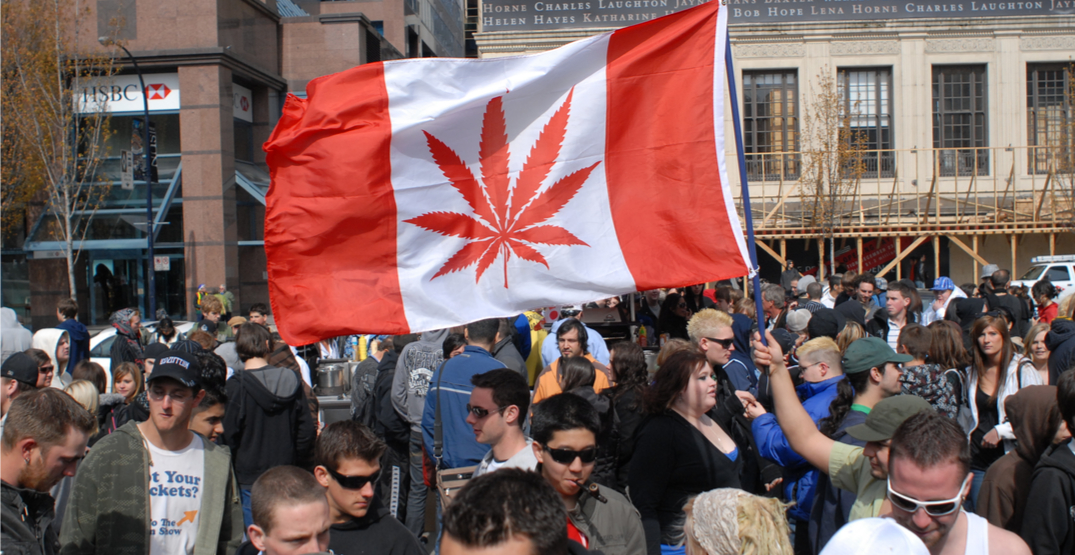 As of today, Canada is the second country in the world to legalize cannabis.

It’s also the first G7 nation to legalize the drug from coast to coast.

With the Cannabis Act, the federal government creates a “strict national framework for controlling the production, distribution, sale and possession of cannabis in Canada.”

As well, all levels of government in Canada are able to establish certain requirements with respect to cannabis, consistent with their jurisdictional authorities and experience.

Today in Canada, adults who are 18 or 19 years of age and older, depending on the province or territory, can now legally possess and purchase up to 30 grams of dried cannabis or its equivalent from provincially or territorially authorized retailers. Possession of small amounts of cannabis is no longer a criminal offence. And legally, most provinces will allow households to grow up to four plants.

But, bringing cannabis or any product containing cannabis into Canada, or taking it out of Canada, is illegal and can result in serious criminal penalties at home and abroad, according to the federal government. This is the case regardless of whether you are travelling to or arriving from places that have legalized or decriminalized cannabis, and the amount. This applies even if cannabis is being used for medical purposes.

In the US, nine states consider weed legal both both medical and recreational use, but the US federal government continues to consider it illegal.

After initial reports that Canadians who work in the cannabis industry, or are investing in the sector, may risk a lifetime ban on travel to the US, Customs and Border Protection has updated their restrictions.

According to this update, made on October 9, “a Canadian citizen working in or facilitating the proliferation of the legal marijuana industry in Canada, coming to the US for reasons unrelated to the marijuana industry will generally be admissible to the US.”

But, if a traveller is found to be heading to the US for reason related to the cannabis industry, they may be deemed inadmissible, says the US Customs and Border Protection.

Uruguay was the first country to legalize marijuana in 2013.