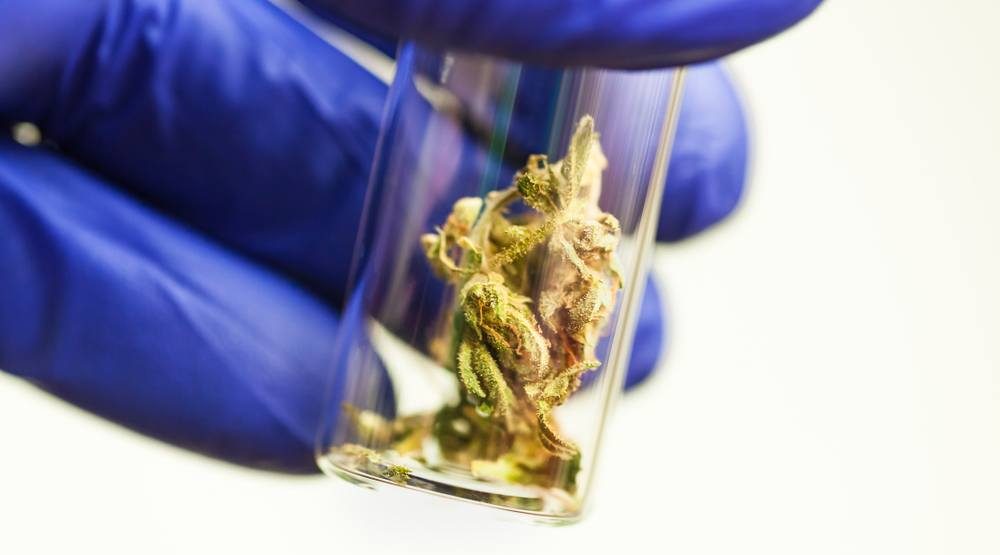 Since the federal government announced the prospect of Canadian cannabis legalization, the primary concern has been regulating in the name of safety. While there are robust systems of control set up across the provinces, one new technology could be the next step in creating a strong, secure and simple way to track and understand the sources of consumer cannabis.

There have already been examples of unregulated product making their way into the legal market. The Winnipeg-based licensed producer, Bonify, became the subject of a recall in two provinces and dismissed members of their board after unregulated cannabis was sold on store shelves. At the time, a Health Canada inspection found eight lots of cannabis with suspect purchase records.

The issue of pesticides making their way into the licensed cannabis supply was already an issue before recreational legalization began. In August 2017, Broken Coast Cannabis was the subject of a voluntary recall, as the unapproved pest control chemical myclobutanil was found to be present in some of their dried flower.

That same year, Aurora, Hydropothecary and several other medical growers also issued recalls for similar issues. While this type of testing is mandatory, consumer access to the results is not something that is particularly streamlined.

The answer to some of these problems could be found in the application of blockchain technology. At it’s most simple, blockchain refers to a public digital ledger system that is simple to add to, but difficult to change, as the information doesn’t exist in a single location. One company is now applying this as an easy way to give consumers and producers access to detailed information on their products.

“One of the things we kept running into as technologist and developers of software in the industry was, how do you have regulation oversight? How do you really have transportation that works?” Robert Galarza, CEO of BLOCKstrain, told Grow during a phone interview.

Originating in California, Galarza says the company had to learn the “ins and outs before there was really any structure and regulation.” But it was the medical system of Canada that initially drew them north.

“We saw a really amazing framework being built here. This was before legalization was a thing and it was initially a medical program that we were interested in,” he said.

To this end, they developed software for cannabis enterprises that also helps to keep consumers informed on what’s in their smoke, while providing a system for growers to track and monitor their genetics as they change over time.

“Everything we focused on was laboratory testing, microbial and industry pesticides and genetic testing. If we take that genetic data and add it to the platform we can assign that a QR code, we blockchain encode it for security and immutability.”

A simple scan with a mobile device could provide consumers with detailed and extensive data on everything from origin to strain type to cultivation date, making sure patients are receiving the medicine they require, while recreational users can be assured of quality and safety.

“Consumers going to be able to see that testing and verification data when they’re buying the product and also for the growers to understand their genetics and genomics,” said Galarza.

Understanding what changes in genetics over time can help growers understand what is causing mutations and alterations in their products. This degradation is an inevitability when growing from clones — a snippet from a ‘mother plant’ — and a tracking system could help understand how the process is occurring in the Canadian cannabis supply.

The company earns an admin fee from the testing process, while providing a single source of accurate, validated, and permanent accounting for cannabis strains from ownership to market.

The company has hinted at deals with large medical distributers within Canada, but would not comment at this time.