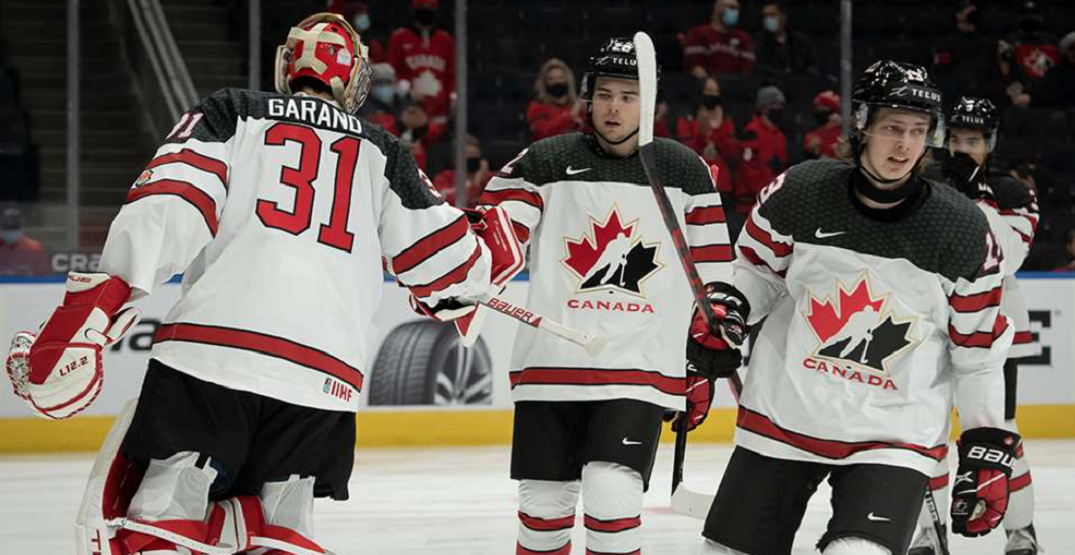 As of now, the 2022 World Juniors are officially cancelled.

Nine games ended up being played in this year’s IIHF World Junior Championship tournament in Edmonton and Red Deer, but three games had already been forfeited due to COVID-19 cases across three of the event’s 10 teams.

“We came up against an opponent that was not on the ice but that was bigger than all of us,” Hockey Canada CEO Tom Renney said. “And regretfully, we’ve had to cancel this event.”

A single positive test on game day from any player on the team caused a 1-0 forfeit loss, making a holiday tradition quickly a logistical nightmare.

“We saw it was impossible to continue this competition in a fair way,” IIHF President Luc Tardif said in a press conference following the news of the tournament’s cancellation.

But there might be some hope that the tournament could come back in a special summer edition.

“We want to take the next month to think about it and maybe come with a good surprise,” Tardif added. “I hope it’s not over. I don’t want to give up.”

Tardif said a possible rescheduling could come after the men’s world championship in May, which are to be hosted in Finland.

“Is it June? Is it July? Is it August? I don’t know. But we have to work together,” Tardif said.

There are a few logistical hurdles to navigate with a summer event.

Most notably, some players competing in the current tournament may have aged past 20 before the event takes place, though Tardif said the same pool of players would be considered if the event does take place. It’s also unclear whether the games that have already have been played would count, or if the tournament would start again from scratch.

Tardif added that by cancelling the event rather than simply postponing it, any city or organization could be eligible to now host the 2022 tournament, should it be held.

There’s also a lot going on in the rest of the hockey world in the summer for young players, as the NHL Draft is set for July 7-8, 2022. Presumably, the two wouldn’t be overlapping.

Before being cancelled, the top division of the men’s World Juniors was the only IIHF event scheduled for the near future, with the Women’s U18 World Championship and lower level men’s U20 events being cancelled prior to being held.

Tardif and the IIHF had faced scrutiny for forging ahead with the men’s event while cancelling the top women’s youth event for a second year in a row. Tardif also added that the IIHF is looking into solutions for offering the women’s U18 event, but had nothing to announce as of Wednesday.