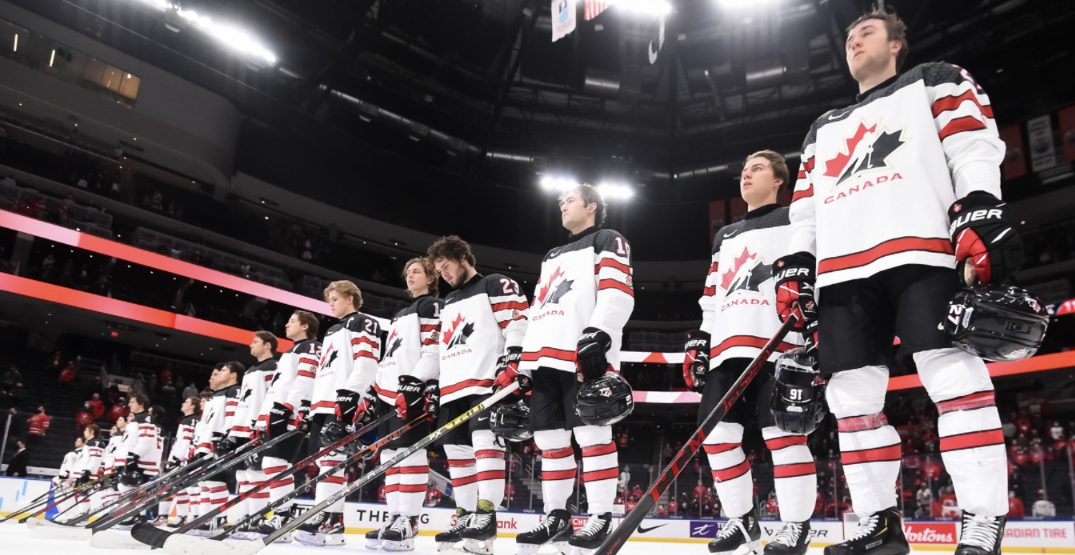 The 2022 World Juniors has been cancelled and fans have a lot of emotions.

The IIHF announced the decision after a third game was forfeited in the span of two days as a result of four announced positive tests.

“Since the beginning of the pandemic, we have always made the health and safety of event participants and the community at large a priority, and given the news that we have encountered positive cases within the World Juniors environment, we understand and support the decision to cancel the remainder of the event,” Tom Renney, chief executive officer, Scott Smith, president and chief operating officer, said in a joint statement.

“Although we know this is the right decision, we sympathize with all participants who have earned the opportunity to represent their countries on the world stage and that will not be able to realize that dream in its entirety.”

As many as five on-ice officials reportedly also tested positive.

Reaction quickly turned to sympathy for the players, some of whom will never compete at a higher level than this tournament, and won’t get the chance to return next year.

Very sad to hear that there will be an imminent press conference to cancel the @IIHFHockey world juniors. Not surprised but super sad and disappointed for all the players who have dreamt of winning gold for their countries.

It really sad about the world juniors. For lot of these player opportunity of a live time and best on best. You feel for all those player at this year tournament. Last year the tournament went on without a hitch and now this. #HockeyTwitter #WorldJuniors

I feel for all of the players, staff and anyone involved within the workings of running the World Juniors.

However, if you’re this upset over the fact you can’t watch the games over the health and well-being of the players involved, you need to get your priorities straight.

This stinks. The World Juniors are a wildly underrated tournament (outside Canada, where the tourney is beloved). I’m bummed personally, but this is especially disappointing for the young players who miss an opportunity to showcase their skills. https://t.co/GzUdR8KzML

Others showed displeasure with the IIHF, which had already cancelled all tournaments in January — including the women’s Under-18 world hockey championship.

NHL : We need to grow the game.
*cancels Olympics participation*

Any chance there is a possibility of growing hockey every league/association fails and the player pay for it. 1/2

for some players this tournament was their only opportunity to showcase their talents..ughhh this all could’ve been avoided if the organizers had taken this shit more seriously. japan could organize the olympics but canada can’t even organize the world juniors…