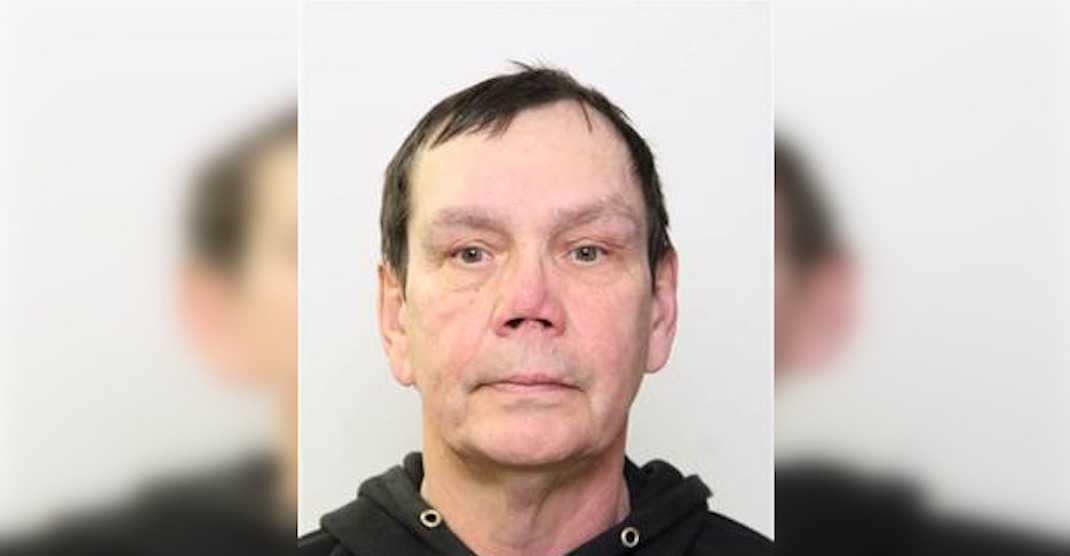 Edmonton Police Service have issued a warning to the public following the release of a “convicted violent and sexual offender.”

In a news release, police say they believe-59 year-old Gregory Campbell is of “significant harm to the community” upon his release.

According to police, Campbell has a history of violent behaviour that includes assault, spousal assault, and sexual assault.

“His violence has resulted in serious personal injury and death to his victims. Campbell’s risk for violence greatly increases while under the influence of intoxicants, especially alcohol,” said the release

“Campbell has been known to carry and use weapons in the course of his offences.”

Campbell will be residing in the Edmonton area, and police say he will be directly supervised by Edmonton Probation and monitored by EPS. He has also been placed on a number of court ordered conditions.

Campbell is described as being 5’7” and weighing 160 pounds, with brown eyes and brown hair.