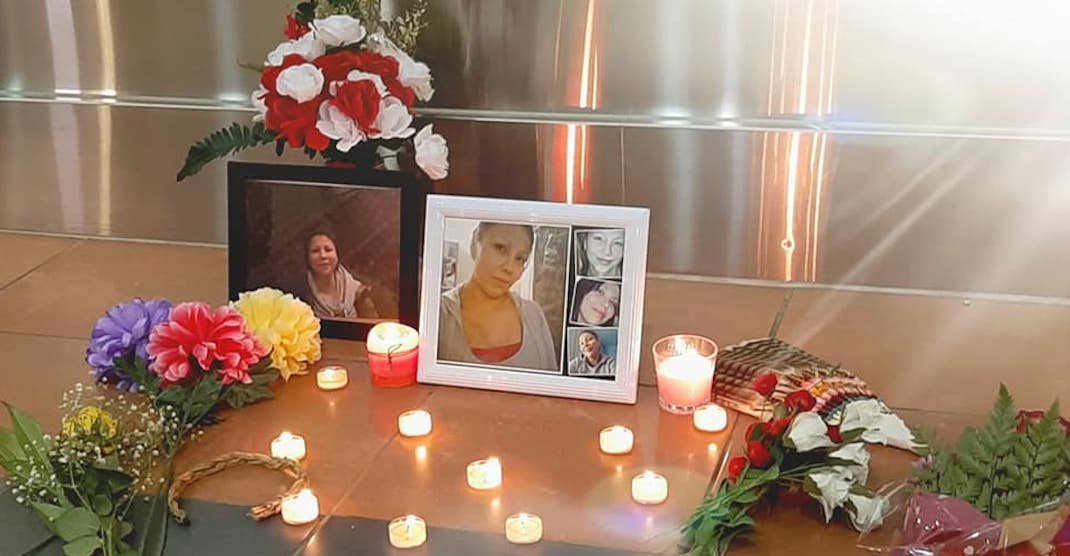 According to a release from Edmonton Police Service, “at approximately 11:45 pm, Wednesday, February 12, 2020, Downtown Division officers were called to the report of a stabbing at a shopping centre parkade in the area of 102 Avenue and 101 Street.”

When police arrived, they found Gauthier injured, and she later succumbed to her injuries in hospital.

According to EPS, an autopsy revealed Friday that Gauthier was killed by “sharp force injuries,” and the manner of death was deemed a homicide.

A fundraiser has been set up by Gauthier’s family to raise funds for the funeral.

“She was 33 years old and had a long life ahead of her. Family and friends are deeply hurt, saddened and still in shock with her death,” reads a post from the organizer, Charlotte Gambler.

Dozens gathered inside the mall to remember Gauthier, whose family, the organizers of the vigil, call “another beautiful Indigenous woman murdered tragically, leaving behind children, family, and many friends.”