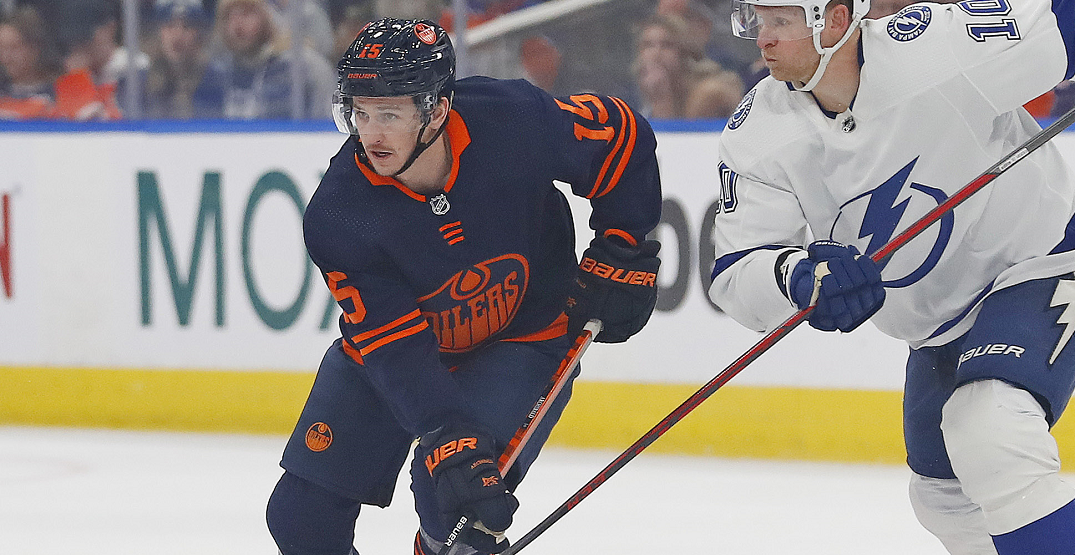 Edmonton Oilers forward Josh Archibald has received a COVID-19 medical exemption that will allow him to play away games for the first time this season.

Unvaccinated against COVID-19, Archibald had previously been unable to travel to road games and slotted in for just eight home contests this season.

Archibald was able to travel to games within driving distance (such as Calgary or Vancouver), but the Oilers opted to keep him out of the lineup.

Oilers coach Jay Woodcroft referred to Archibald as an “available player moving forward” for the team in their first-round series against the Los Angeles Kings.

“It’s my understanding that his cardiologist was able to get a medical exemption for him based on his history of myocarditis,” Woodcroft added.

Archibald didn’t play in Monday night’s 4-3 Game 1 loss but will be slotting in on the third line next to Ryan Nugent-Hopkins and Derek Ryan. Archibald has just a lone assist in his eight games this season while having seven goals and six assists in 52 contests last year.

“I see a feisty type of guy, someone who gets in on the forecheck, finishes his check, a detailed checker working back to his own zone,” Woodcroft said of what Archibald brings to the table. “He’s somebody who is a good penalty killer so I think he’ll come into the lineup and give us a burst of energy.”