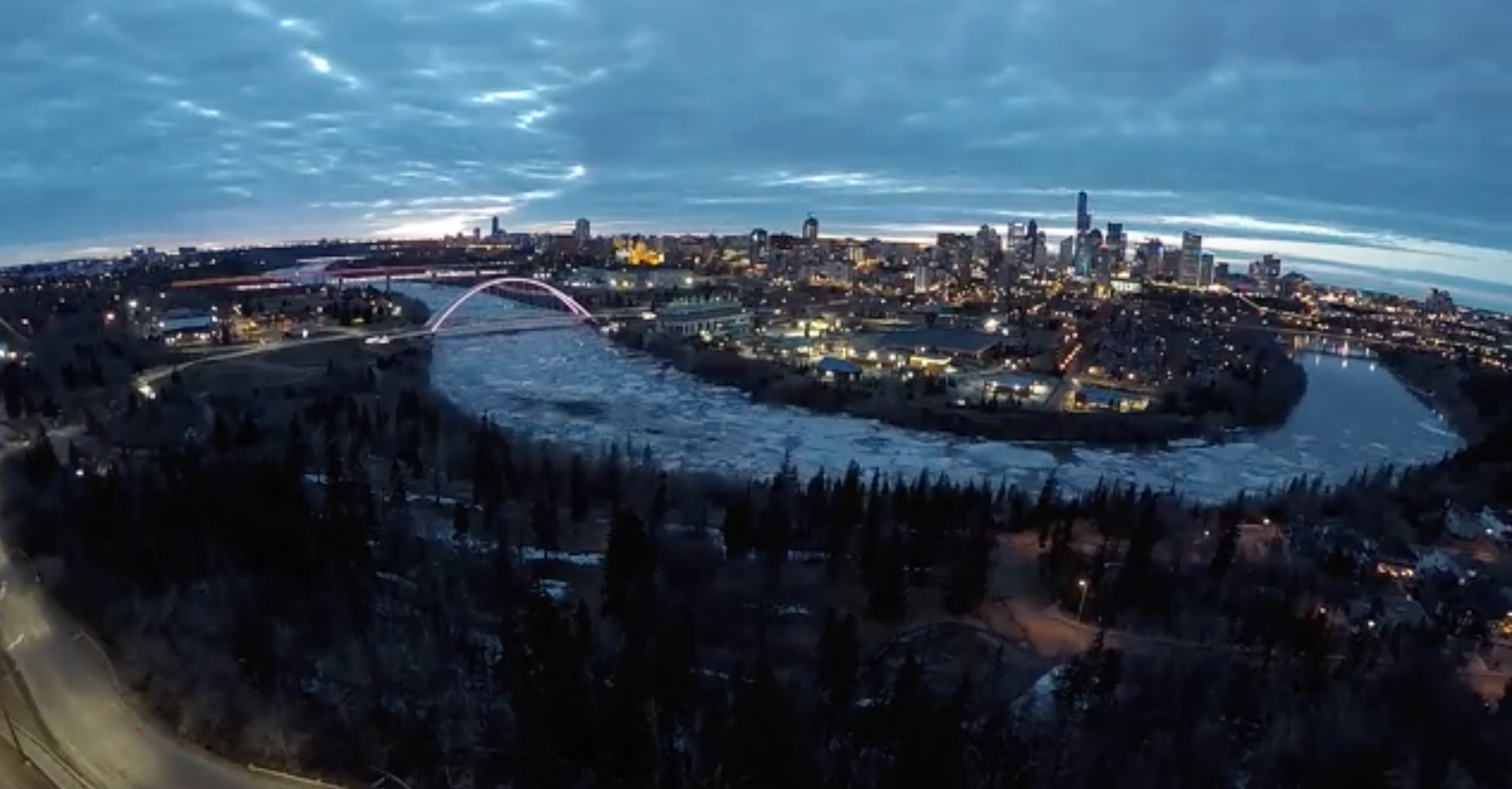 Things in the world may be chaotic right now, but one thing that remains as beautiful as ever even in these hard times is Edmonton’s great outdoors.

As the weather finally gets warmer, chunks of ice melt can be seen flowing through the North Saskatchewan River at various times of the day.

One Edmontonian captured a stunning time-lapse of the ice melt in the river from a point on Saskatchewan Drive.

The video, which was uploaded to Reddit, captures an expansive view of the city as the sun sets between 8 pm and 12 am.

Check out the incredible video below.