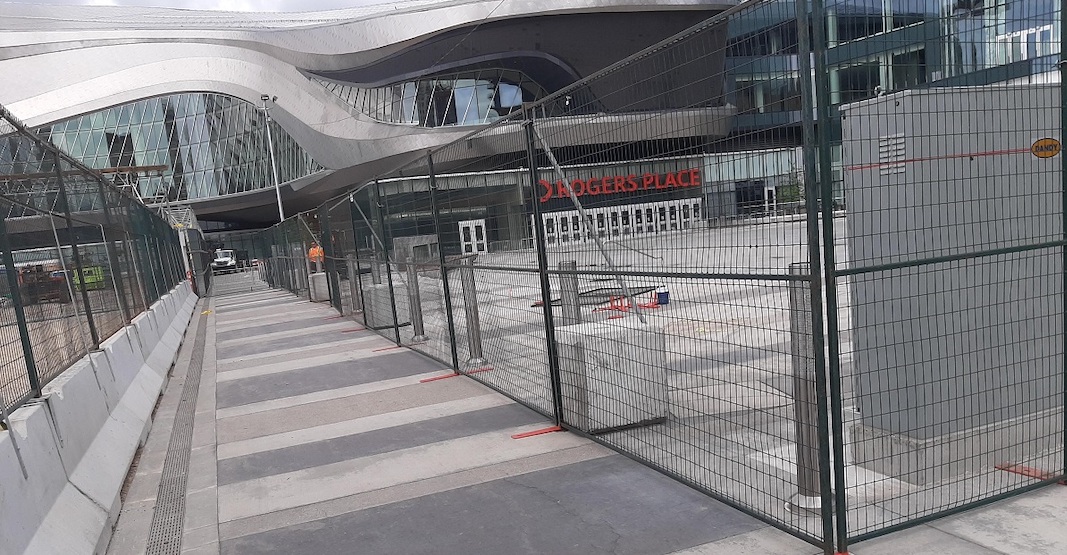 Preparations are well underway for the 2020 NHL Playoffs, with fences being installed to enclose the bubble that will separate players from the public.

The fences have been erected around Rogers Place in the hub city to create a pedestrian walkway for players as they head in and out of the arena to nearby hotels in Edmonton’s Ice District.

Is there anything more exciting right now than the return of #hockey? Our #Calgary crews have been busy setting up fence for the NHL Playoffs in #Edmonton. Not even flooding can bring us down…our fence withstood a severe thunderstorm that hit the hub city last week! ⛈️ pic.twitter.com/t6cN4qd9O2

While excitement builds for the return of hockey, some Edmontonians are less than thrilled at the inconveniences the bubble may pose to daily life.

Love to find out that my one safe bike route to work is blocked off with no signage until the closure itself, because of the NHL bubble. I really really don’t want to die under a pickup truck on Jasper Ave or 104th Ave, so my safe option is subject to a $100 fine. pic.twitter.com/9QgR0abjjb

How has the NHL hub city improved your life? So far it means I need to change my commute by six blocks to pick up my groceries… pic.twitter.com/FIey1ADkFR

Daily Hive reached out to the City of Edmonton for comment but did not hear back by the time of publication.