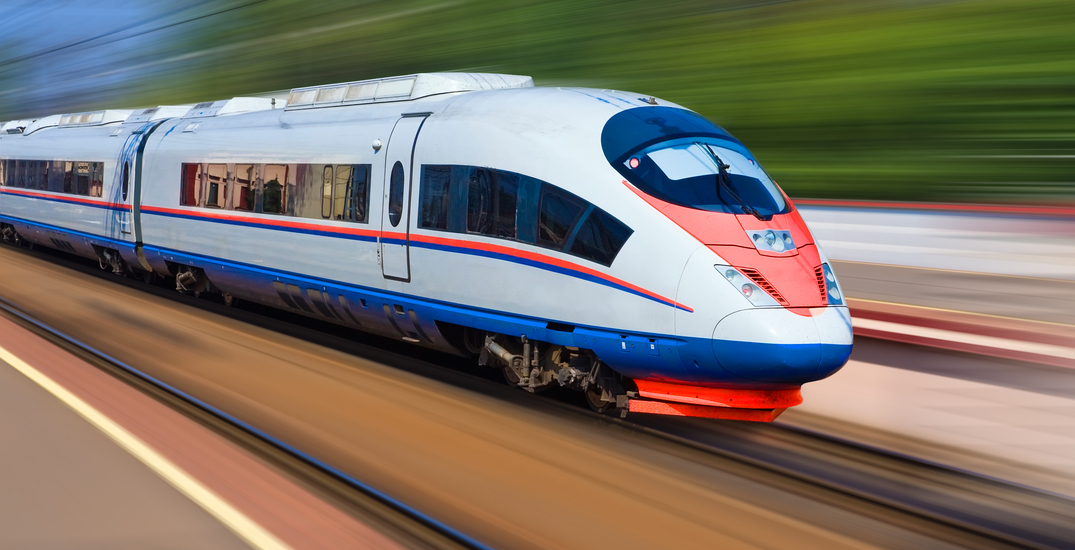 A new high-speed train may have commuters zipping from Calgary to Edmonton in less than 90 minutes.

Called Prairie Link, the project is a partnership between EllisDon and AECOM, an infrastructure consulting firm.

The project has secured a Memorandum of Understanding (MOU) from Alberta Transportation, laying the foundation for the next stage of development.

“The notion of high-speed rail — a proven technology around the world — connecting Edmonton, Red Deer, and Calgary in Alberta is not new, but we believe that its time has come,” said Jeffrey Hansen-Carlson, Prairie Link’s project director.

“We have built a team with both the capacity and faith in the future of our province to advance it in a meaningful way for Albertans.”

According to the project’s website, Prairie Link would spur economic growth through “thousands of jobs” and reduce CO2 emissions by nine million tonnes in 30 years.

The high-speed line has a proposed travel time of under 90 minutes and would “dramatically reduce” traffic congestion by taking up to 2.8 million cars off the road.

EllisDon noted that it has already engaged Indigenous communities and established an advisory committee to guide the project’s development.

Prairie Link has an estimated capital cost of $9 billion and would take seven to nine years to construct.

“We are committed to the generational prosperity of our Indigenous partners,” said Hansen-Carlson.

“We are committed to the regional prosperity of Edmonton, Red Deer, and Calgary as well as each county in between.”