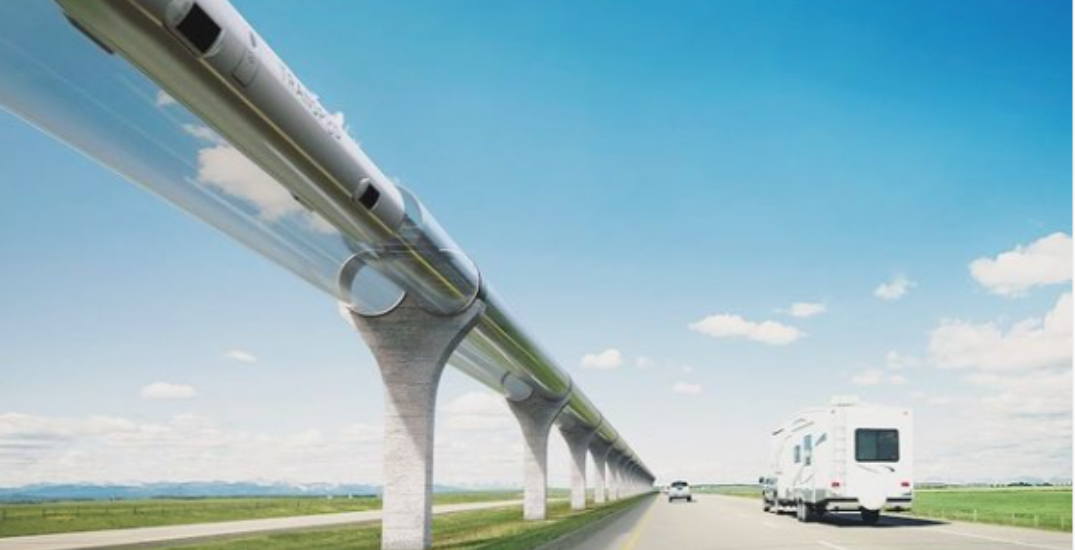 Forget Elon Musk’s boring LA tunnel. Canadians just got one step closer to high-speed transit of their own.

TransPod Inc., a Canadian hyperloop developer, has released the results of a feasibility study on its proposed ultra-high-speed transit line between Edmonton and Calgary.

According to the company, the study confirmed that the project would create up to 140,000 jobs and add $19 billion to the region’s GDP over the course of its nine-year construction.

The TransPod line would also reduce Alberta’s carbon emissions by 636,000 tonnes per year. All of these benefits would come at no cost to the taxpayer, the company said.

“The results of this study are a testament to the ingenuity and innovation of the TransPod technology,” said Sebastien Gendron, the co-founder and CEO of TransPod Inc.

“We are proud to play a role in the Government of Alberta’s progressive and ambitious agenda to invest in the growth and quality of life in the region.”

Last August, the company signed a memorandum of understanding with the provincial government to support the research and development of a TransPod line in Alberta.

The collaboration includes a ongoing search for land that can safely accommodate a test track for the line, as well as discussions with potential private investors.

With the feasibility study complete, the project can now move into the next phase, TransPod said, noting that it has shared an initial investment proposal of $1 billion USD  ($1,229,850,000,000 CAD) with the Albertan government.

The next phases of the Alberta TransPod project are as follows:

According to the company, the Calgary-Edmonton line would reach speeds that rival a jet aircraft, transporting passengers and cargo between the two cities in just 45-minutes.

TransPod would avoid the flight diversions associated with air travel, and tickets are predicted to cost just $90 – versus an average $162 for a plane ticket.

The line would also offer the “convenience of a subway,” with vehicles departing every few minutes.

Fully electric and free of fossil fuels, TransPod is billed as the “new generation of ultra-high-speed ground transportation.” It’s safe and cost-efficient, the company said.

TransPod’s hyperloop system works by moving pressurized vehicles through a low-pressure tube that is “immune to weather.”

The high-speed transport line has also been proposed between Montreal and Toronto, which would cut commute time to just 40 minutes.