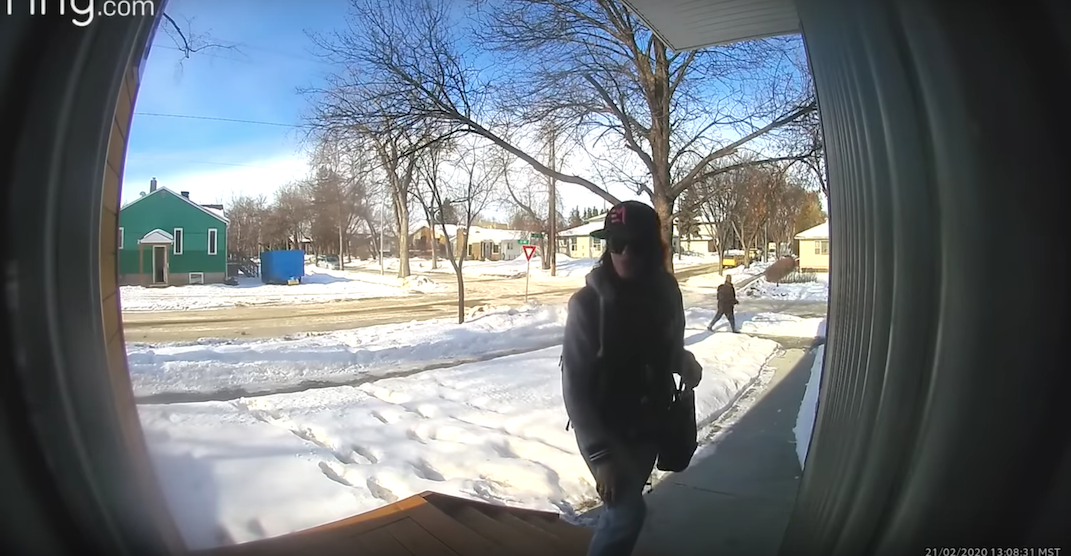 According to EPS, officers responded to a theft of a parcel in the area of 87 Street and 83 Avenue on February 21 around 1 p.m.

The incident, which was captured on a doorbell camera and uploaded to YouTube, shows a woman approaching the front door of the home and looking around briefly before taking the package.

Three unmarked police vehicles are seen pulling up immediately, and multiple officers can be seen arresting the woman.

“Get on the ground,” an officer is heard saying to the woman.

“You’re under arrest for theft.”

According to EPS, the suspect, a 32-year-old female, was arrested without incident.

“Merissa Maurice, 32, is charged with theft under $5,000, possession of stolen property, possession of a controlled substance (x4), possession of an identity document, warrant for arrest and breach of an undertaking,” said a statement from EPS.

In December, two individuals were also charged by EPS in a similar incident following a video being uploaded to YouTube, demonstrating a new trend in capturing culprits.