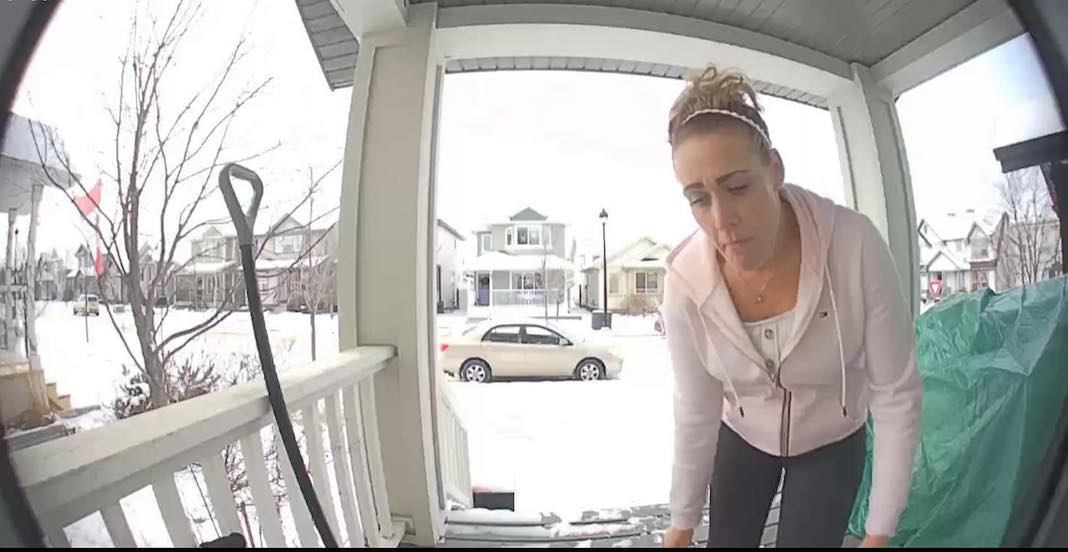 A man and woman have been charged with multiple offences by Edmonton Police Service following an alleged package theft that was captured on video.

In the video, a woman is seen approaching the front door of a home, and taking an Amazon package off the front steps of the porch before entering a white vehicle that was waiting for her out front, and driving away.

The video, which was shared by the victim of the alleged package-theft, has been viewed over 431,000 times, and has over 1,200 shares on Facebook.

According to Edmonton Police Service, the theft occurred at a residence in the area of South Terwillegar Blvd on Monday, December 16, 2019, around 1:15 pm.

“With the assistance of video footage and several witnesses that contacted police, officers arrested two suspects on Thursday, Dec. 18, 2019,” said an EPS spokesperson in a statement.

“A search warrant was also subsequently executed at a residence, where investigators located counterfeit currency and stolen property believed to be linked to multiple thefts.”

“The EPS would like to thank the media and the public for their assistance with this investigation,” says an EPS spokesperson.