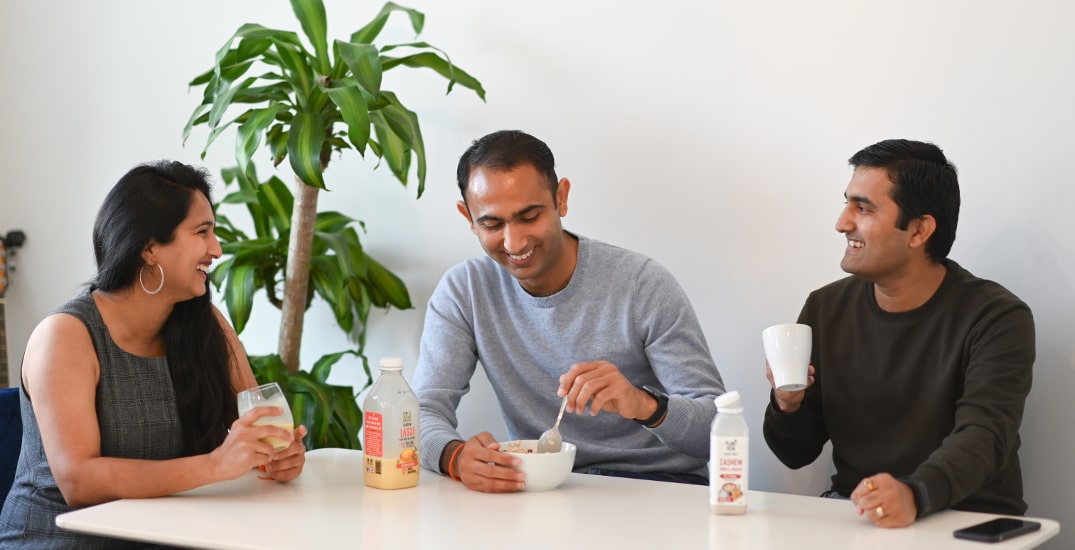 “We are originally from India where milk is considered the healthiest food. We consume a lot of it as you would have seen in Indian restaurants,” said Sunny, CEO of Plant Veda in an interview with Daily Hive. “Cream, butter, ghee, yogurt is added in almost every recipe.”

“One night we were watching the TV series Ramayana and in that episode, King Dashrath (Father of Lord Rama) passed away. The same night we got the call from India that my father had passed away possibly due to his pre-existing heart disease. Later that year when we learned that if my father would have shifted to plant-based dairy, he would have reversed his heart disease.

“It became our mission to educate and shift humanity to a plant-based lifestyle, so we started the first certified organic plant-based dairy company called Go Vegan foods around nine years ago. We kept innovating and later changed the name to Plant Veda.” 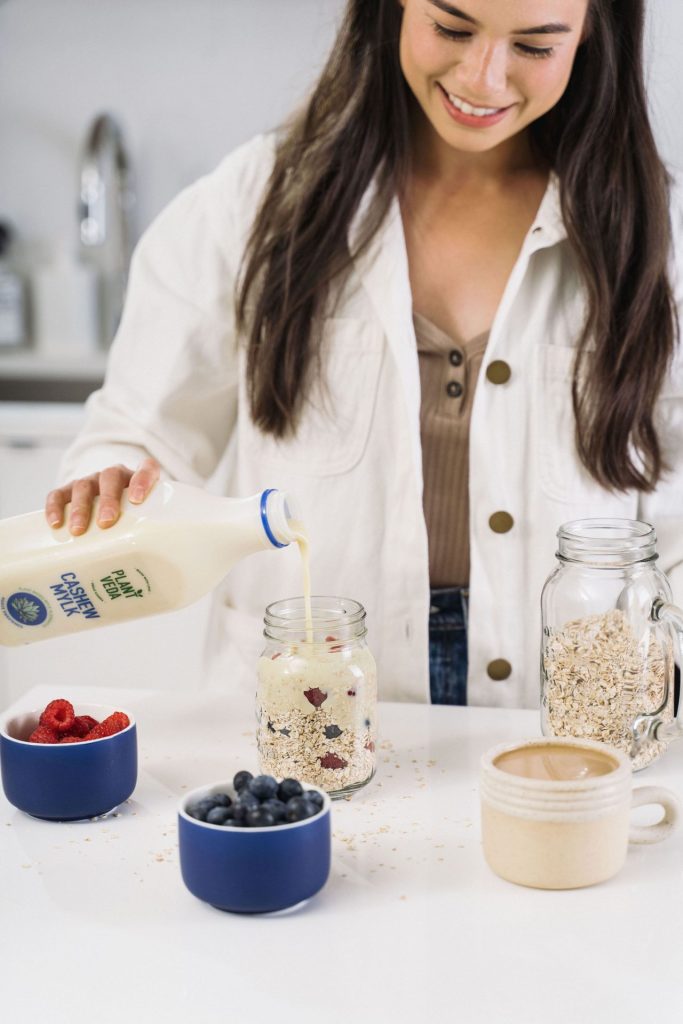 The products can be found in over 100 retailers, including Whole Foods, Save-On-Foods and other premium grocery partners. Plant Veda has also won awards such as VegExpo’s Product of the Year 2019 award and a “Clean Choice Award” by Cleaneating Magazine in 2021.

Sunny and Vanita launched their plant-based business while living and working in Silicon Valley, California.

“It was a very labour-intensive experience,” said Sunny. “We were in California while running a plant-based dairy in India. I used to go to my day job as a software engineer and work all night communicating with the team in India while Vanita was super busy running a Vegan Food Truck.

“When Mayur joined us it made a great team. He was handling sales and operations, Vanita doing innovation and production, and I was helping with the technology and funding. When we launched at VegExpo in May 2019, our Mango Lassi received the Product of the Year award. From then on, great luck and energy kept helping us from the universe.” 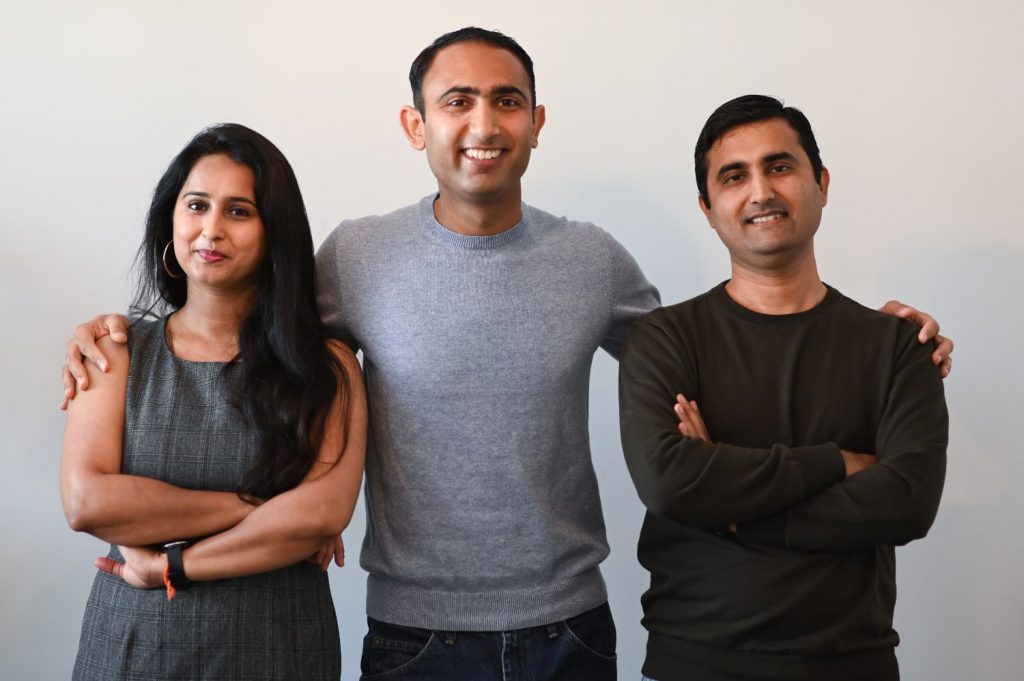 Sunny and Vanita immigrated to Vancouver in 2019 and Mayur moved to the city with his family around the same time. They ran their Canadian Plant Veda operations in a commissary kitchen in Vancouver until Bakhshish Thind, the owner of Himalaya Dairy, offered Plant Veda to process their products in his facility.

“It really helped us be where we are today,” said Sunny.

Though the company is in the process of setting up a state-of-the-art 25,000 sq ft facility on Annacis Island in Delta, BC, all Plant Veda-branded products’ recipes were created by Vanita in their home kitchen. 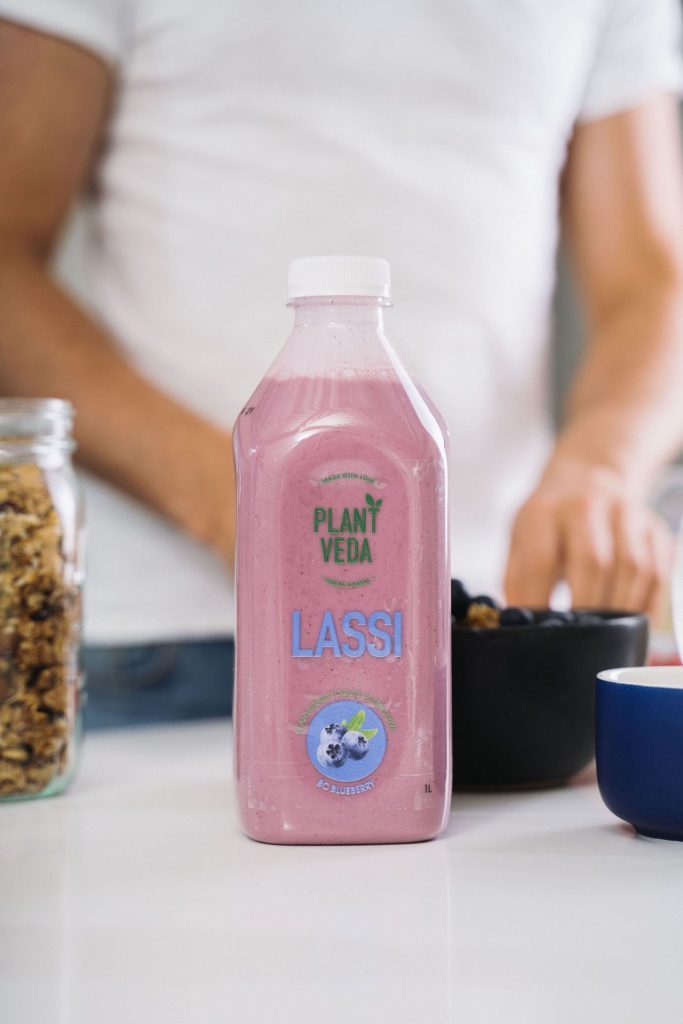 “I start with choosing base ingredients based on the taste profile and then blend them in different combinations and concentrations,” explained Vanita. “It’s a lot of trials and errors and I repeat it again and again until it’s right. Sunny helps me with running the nutrition numbers so we get the right macronutrients like carbs, fats and proteins too.”

The team’s hard work is translating into success and growth for Plant Veda. The company went public on the Canadian Securities Exchange on June 21, 2021 (CSE:MILK) and is currently working on expanding its lineup with new products like spoonable yogurts.

“The path ahead is really exciting,” said Sajnani. “We have several chain stores to target to increase the reach of Plant Veda. With UNFI as our distributor, we now have a better platform and better serviceability for our partners to experience. As soon as our facility is ready, we are ready to scale and expand Canada-wide.

“There is growing awareness for the plant-based food as people are getting aware about the issues that animal farming and the dairy has. The new generation specifically is more health-conscious and they are shifting towards more plant-based choices. We are working hard to bring innovative dairy alternatives with simple ingredients.”

“Plant Veda products are delicious while also being wholesome, natural and good for your health,” added Vanita. “We want to help people fall in love with plant-based foods.” 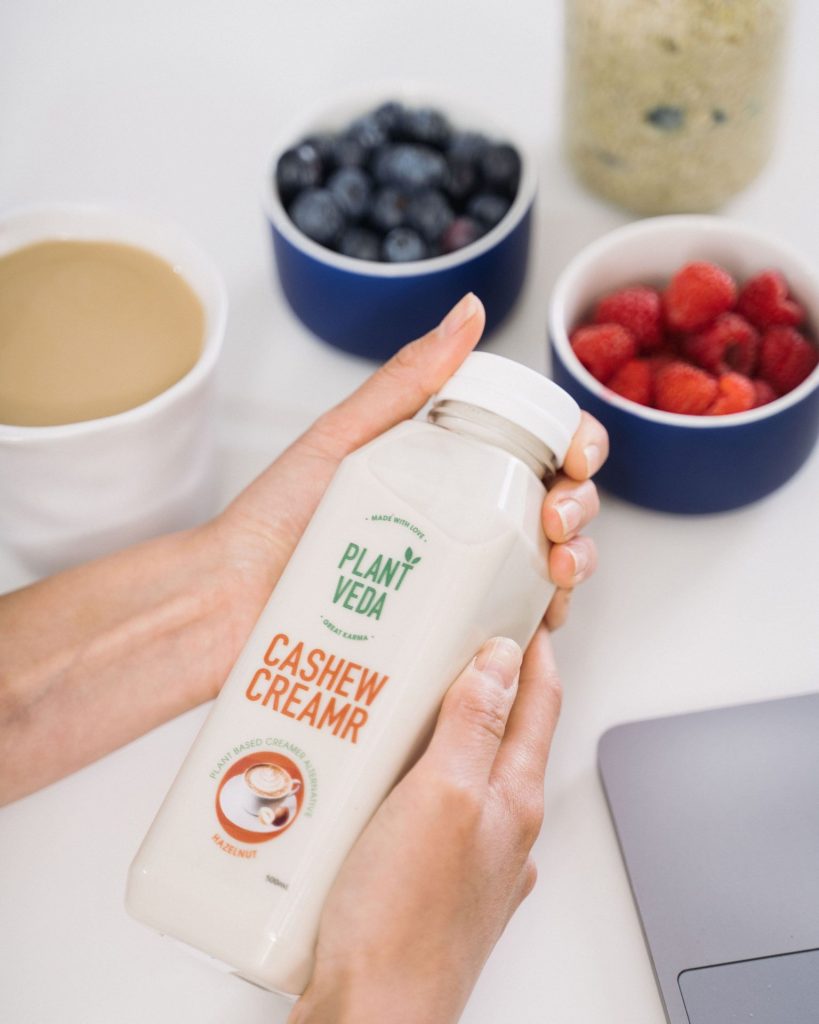