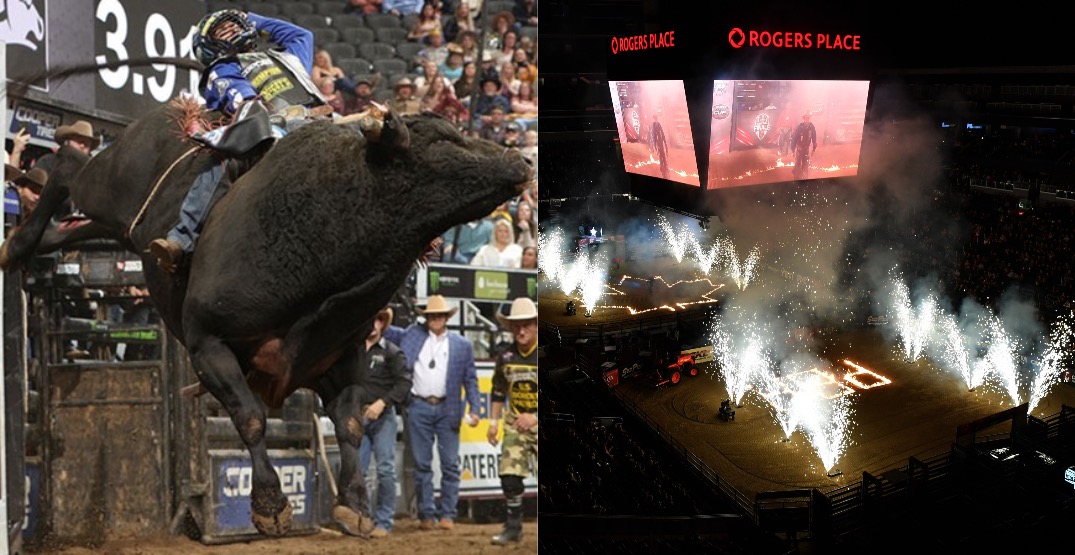 Rogers Place is welcoming more and more events; a massive two-day rodeo being held this fall in Edmonton will surely be one for the books.

For the second time, PBR (Professional Bull Riders) will hold the Canadian National Final right in Edmonton at Rogers Place this November.

Tickets went on sale Friday morning and are priced as low as $38 if you want to go to either Friday or Saturday. What a steal!

🎫🎫🎫 Tickets are on sale NOW for the @PBR Canadian National Finals at #RogersPlace November 11 & 12!

“Season-long, riders have the opportunity to compete at dozens of Cup Series and Touring Pro Division events across Canada to earn points towards the Canadian national standings, all in an effort to be the No.1-ranked cowboy at year’s end and earn the coveted PBR Canada Championship,” Rogers Place said in a news release.

The PBR Canada National Finals made its debut last season at Rogers Place.

When: November 11, 12
Where: Rogers Place Arena
Cost: Ticket starting at $38, can be found here