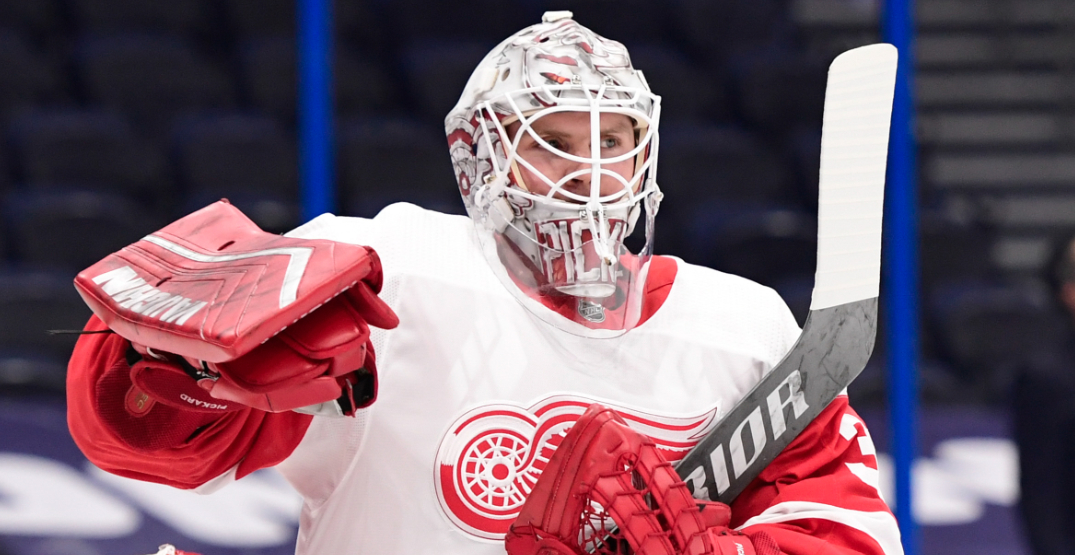 The Edmonton Oilers have added another yet another goalie, reportedly signing Calvin Pickard.

Prior to joining the Oilers, Pickard has played eight seasons for five teams in the NHL. Across his career, he has a record of 35-54-10 with a goals against average of 3.04 and a save percentage of .903 in 116 games.

The news was first reported by Frank Seravalli of Daily Faceoff, who expects Pickard to be the third goaltender behind  new signing Jack Campbell and Stuart Skinner.

Hearing #Oilers are bringing aboard Cal Pickard as third goaltender behind Jack Campbell and Stuart Skinner.

We’ll see a number for third goaltender options move here in the next while.@DailyFaceoff