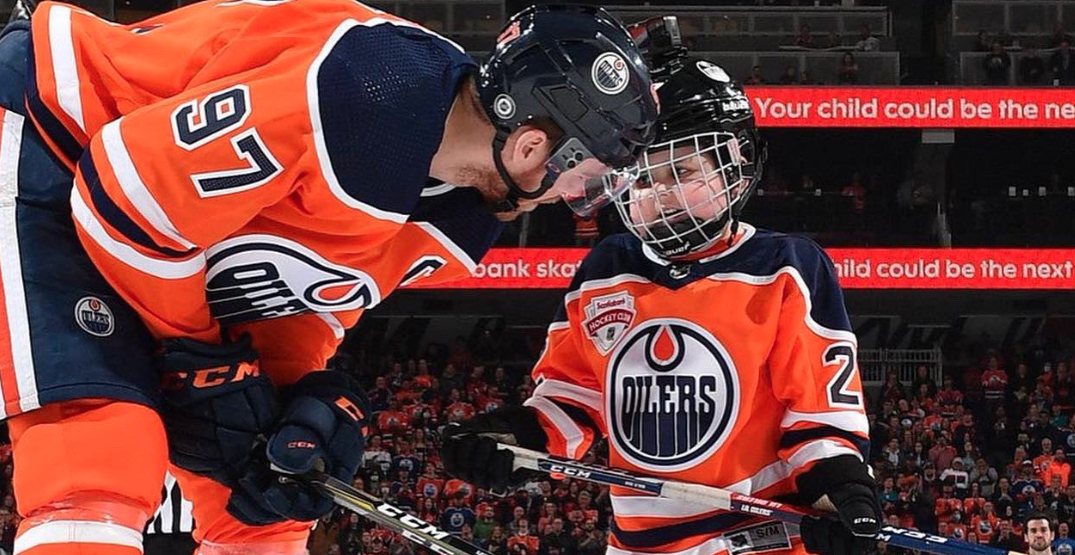 Turns out McDavid himself is a big fan of one in particular: Ben Stelter.

Ben, a 5-year-old battling a form of brain tumour known as glioblastoma, was the extra special Scotiabank Skater last Thursday that captured the hearts of Oilers and hockey fans alike.

But McDavid’s known him a little longer than that.

“I had the opportunity to meet Ben earlier this year and just fell in love with him right away,” McDavid told media Wednesday. “He lights up every room he’s in. Just seeing him skate out there for the starting lineup was pretty special for me, and to see the crowd react like they did was really cool.

"I had the opportunity to meet Ben earlier this year & I fell in love with him right away. He lights up every room he's in."

Needless to say, Ben more than stole the show in a 5-2 win against the San Jose Sharks.

He stood on the blue line with McDavid as part of the game’s opening festivities, and was treated to multiple standing ovations from the crowd.

Ben also joined the team in the locker room, as McDavid mentioned, to celebrate post-game. He was presented with the Oilers’ player of the game helmet and leather vest and a trip to the media room with Zach Hyman — where he was prompted with questions from media.

The appearance at the game exploded through the hockey world.

Player of the game! You’ve got this buddy. #GoBenGo pic.twitter.com/YMj4DoexKJ

“He just lights up every room he’s in,” said McDavid, who also found Ben in the stands before a 6-1 win against the Arizona Coyotes on Monday. “He’s a special little guy and we love to have him around.”

It didn’t take long for Ben and Connor to find each other tonight. Is there a better captain in the league? #Oilers #LetsGoOilers pic.twitter.com/AYHrMr7pNu