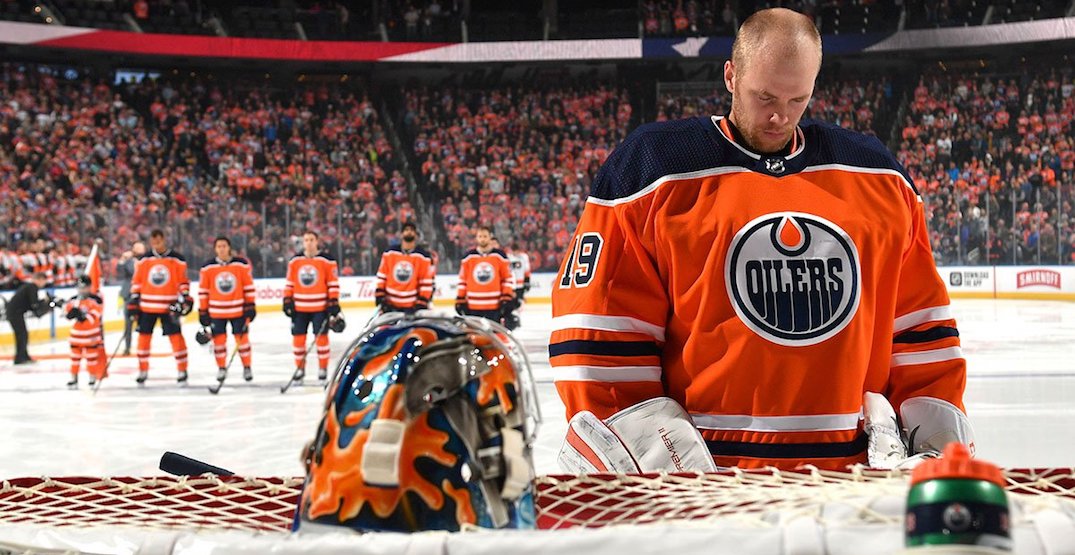 He was awful. Simply terrible.

That’s how most people, including myself, described Mikko Koskinen’s first time in an Edmonton Oilers uniform against another NHL franchise during a preseason game in 2018. It took just 36 seconds for Calgary Flames prospect Dillon Dube to beat Koskinen, with the Finnish goaltender looked like he was giving the position a try for the first time.

The post-game show I was hosting that night on TSN 1260 was split between people who were concerned and those who preached patience. I was not among the patient people that evening and had serious doubts about Koskinen’s rebound control, angle play, and glove hand, while still trying to understand how difficult it was for him to convert from Europe and it’s wider ice surface to the NHL’s sheet having played across the pond for the previous seven seasons.

When the season began, Koskinen watched Cam Talbot start the first eight games before seeing his first NHL regular season action since his time with the Islanders in February of 2011 and he was very good. He made several key saves early, took a shut out deep into the second period and helped the Oilers end a 13-game losing skid to Nashville.

As the season wore on Koskinen took over the reins from Cam Talbot who had started 67 games the season previous and led the Oilers to the second round of the Stanley Cup Playoffs. Koskinen wasn’t great, he was just better than Talbot who’s play took a major nosedive. Koskinen was on a one-year $2.5 million dollar deal and there was rampant debate in Edmonton about what the Oilers were going to do about their crease with both goalies unrestricted free agents in the off season. Then Peter Chiarelli — the GM at the time — dropped a contract with Koskinen’s name on it that shocked Edmonton and Oilers fans everywhere.

Three years and $13.5 million for a goalie who up to that point had started just 28 games in his career and four of them came in 2011. It was also strange that Chiarelli gave out the contract during one of the worst stretches of Koskinen’s season. In nine starts over 11 games he won just three times and only three times had a save percentage over .900.

Talk radio phone lines burned up with the news of the deal as most thought there wasn’t a team in the NHL that would have given him that deal in free agency and the Oilers easily could have waited until the summer. It was one of many strange moves by Chiarelli, but in hindsight it might turn out to be not just one of his best moves, but the best one.

Koskinen finished the 2018-19 season with 51 starts but more questions than answers and one of those questions heading into this hockey season (remember when it started waaaaaayyyyy back in October) was whether or not Mike Smith who was signed to a one-year $2 million dollar pact would play more games than Koskinen? He did, starting three more games and Smith was red hot at times, but when the big Finnish goaltender was given a chance he also ran with it. Winning his first five starts in impressive fashion dipping below a .900 save percentage only once.

His rebound control was still shaky at times early in the season and teams seemed to be really keying on his glove hand, but his confidence didn’t falter like it seemed to do a year earlier and he steadily improved. At times the Oilers gave Koskinen a break from playing — he started once between December 31 and January 31 — to work with goaltending coach Dustin Schwartz and to make sure he wasn’t fatigued.

The goalies pretty much split the rest of the starts from February on but it was clear to most that Koskinen was pulling ahead in the race to be the Oilers starter in the playoffs. In his final nine games, he posted a save percentage of .931 facing an average of 37 shots while Smith posted a .904 save percentage in his final nine starts while staring down just 29 shots per game.

As the Oilers prepare to face the Chicago Blackhawks on Saturday at Rogers Place in downtown Edmonton both goalies say they are preparing to start, which you would expect and is the approach you need with the starting job still not announced. The tough decision for Dave Tippett isn’t who starts in game one, but when he has to make a decision should Saturday’s starter struggle.

When the Oilers skate out Saturday afternoon to an empty home arena, it should be the Finn leading the way. He was more consistent and has earned this after dubious assumptions from fans and media in his Oilers debut which will be 683 days later on Saturday where Koskinen should make his first career NHL playoff start.

I’m glad to say I was wrong and Mikko Koskinen and his odd choice of number 19, should be the guy to try and backstop the Oilers to a Stanley Cup.