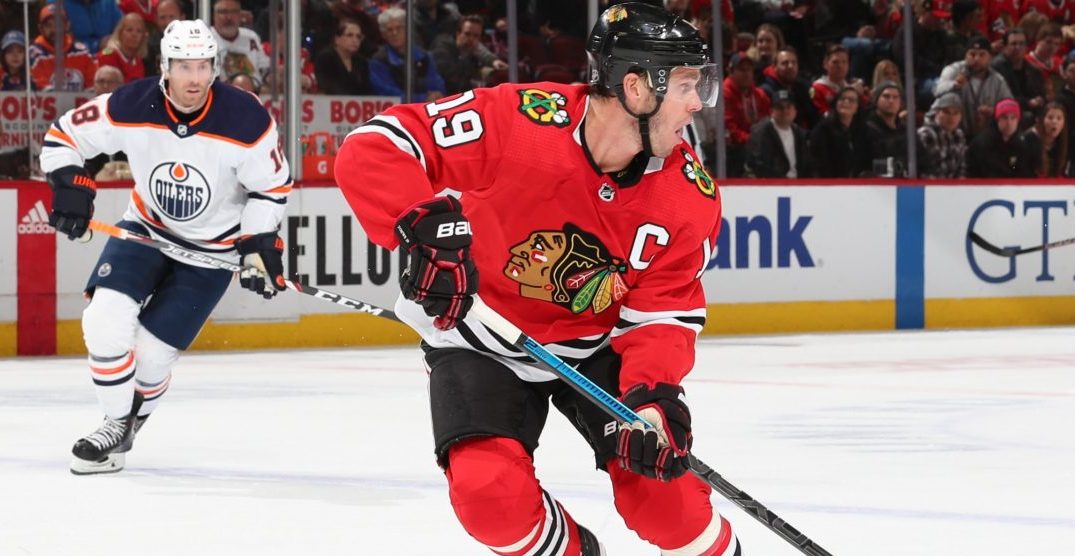 As the Edmonton Oilers get ready to kick off their first-ever Playoff Qualifier game against Chicago on Saturday (1 pm MT), it’s time to start getting angry about hockey again!

Anger in sports is a natural thing, and you can aim it at the refs, the coaching decisions, the universe, or even at that one defenceman you don’t like.

But most often, it’s directed towards your opponent.

Here are five reasons for Oilers fans to absolutely despise the Chicago Blackhawks.

1. They’ve won way too much

Isn’t it obvious? Though this team hasn’t won a playoff series in five years now, Chicago still has three Stanley Cups since 2010, a near impossibility in the modern NHL. What more reason do you need than the fact that the only people rooting for them to win anymore are their own fans?

The abundance of outdoor games this franchise gets or over-emphasis in NHL marketing be darned, the familiar faces of Jonathan Toews, Duncan Keith, and Patrick Kane getting another crack at a championship should be enough to make any NHL fan’s blood boil. They’ve done it enough! There’s no need for Chicago to get another championship, which leads us to our next point:

2. They’re not even supposed to be here right now

Along with Montreal, Chicago fits in the category of teams that were basically completely out of playoff contention when the NHL first hit pause on the season in mid-March. Just think about how ridiculous that sounds when you say it out loud! They were last in the Central Division and still have a shot at the Stanley Cup. A small one, but they were on pace for 84 points, a total about five wins off of making the playoffs in any normal season.

A team like Edmonton has as much reason as anybody that they’re forced to play an undeserving opponent in a 5-game series just to make the standard 16-team bracket.

3. They gave the Oilers Brandon Manning

It’s safe to say the Brandon Manning for Drake Caggiula trade in December 2018 was an utter disaster, and one of the final straws in Peter Chiarelli’s reign as Oilers GM.

Manning (who, coincidentally, once broke Connor McDavid’s collarbone while playing for Philadelphia) managed just two points as an Oiler, and it seems unlikely he’ll ever play a game again for Edmonton, as he hasn’t played a game at the NHL level since November of last year. Of the Oilers’ 11 defencemen who played this season, he finished 10th in 5v5 Corsi For %, an indictator he’s losing a step at the highest level.

And though he’s not setting the league on fire, the winger Caggiula is still a solid contributor with nine goals in 40 games this season, mostly on Chicago’s third line.

Manning’s suspension for use of a discrimanatory slur while down in the AHL with the Bakersfield Condors further solidfied what a disatrous acquistion he has been for the Oilers organization, while Chicago was able to get rid of his $2.25 million cap hit unscathed.

While the Oilers teams of the 1980s are remembered as being among the league’s all-time best, the early 90s weren’t all that bad in Edmonton either. A Stanley Cup win in 1990 was followed up by two consecutive berths in the Clarence Campbell Conference Final.

But after being sent home in five games against Minnesota in 1991, Chicago would send Edmonton packing in four straight, including a 5-1 Hawks win at Northlands Coliseum to clinch the series.

Though the teams had met in three previous playoff series prior to this one, it’s the only time Chicago came out on top. For some older fans, this one might bring up some bad memories of the start of a franchise decline, as 1992 would be the furthest the Oilers would advance in the postseason for the next 14 years.

5. They’ve had the Oilers number of late

Even though just about every coach and player would tell you that previous results mean nothing, it does sting a little bit as a fan when your team loses to a team you probably should’ve beaten.

Though by just about every objective measure the Oilers have a stronger team than Chicago, that wasn’t the case so far in the 2019-20 season.

In three games between these two teams, Edmonton has fallen to a pair of defeats: 3-1 and 4-3, both times in Chicago (the Oilers did pick up a 5-3 win at home back in February). Nobody knew it at the time, but the 4-3 loss was actually Edmonton’s final road game of the season.

And while it might be out of the heads of much of the Oilers’ roster, there was an embarrassing collapse back in February 2019 during a particularly rough period for Edmonton. With the Oilers up 2-1 on home ice heading into the final period, Chicago scored five goals in the period’s first 12 minutes to turn a close matchup into a disgraceful 6-2 loss.