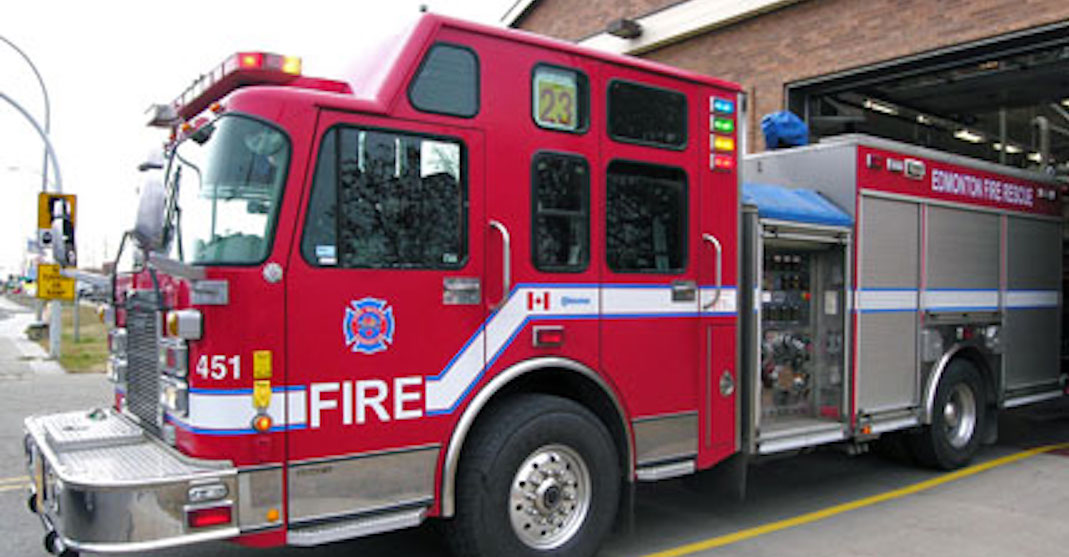 Edmonton Fire and Rescue Service (EFRS) responded to a call Monday evening of a fire at the Jasper Hotel in Edmonton.

According to EFRS, around 9:20 pm yesterday, December 23, 2019, smoke was reported coming from the second floor of the Jasper Hotel at 153 Street and Stony Plain Road.

Approximately 20 firefighters arrived on scene within four minutes. People in the building had already started to evacuate prior to EFRS’ arrival, says a release from EFRS.

“One individual did jump from the second floor – this individual was okay with no need for injury assessment,” said a release from EFRS.

Another individual was rescued from the building and was assessed on scene by EMS, and there was no need for transport to hospital, according to EFRS.

EFRS says the fire was brought under control at 9:45 pm, and fully extinguished by 11:09 pm.

No injuries were reported, but 41 tenants were displaced in the aftermath.

The Emergency Support Response Team (ESRT) was called in, and Red Cross is assisting with accommodation.

The cause of the fire remains under investigation. The Edmonton Police Service have been notified of the incident.